In a series of letters to church leaders, Pastor Gladwin M. Charan of Allahabad, India, has asked Pastor Surendra Lal, the president of the East Uttar Pradesh Conference (called a “section” in India) to account for how a geographical region with 32 small churches is boasting over 46,000 members. 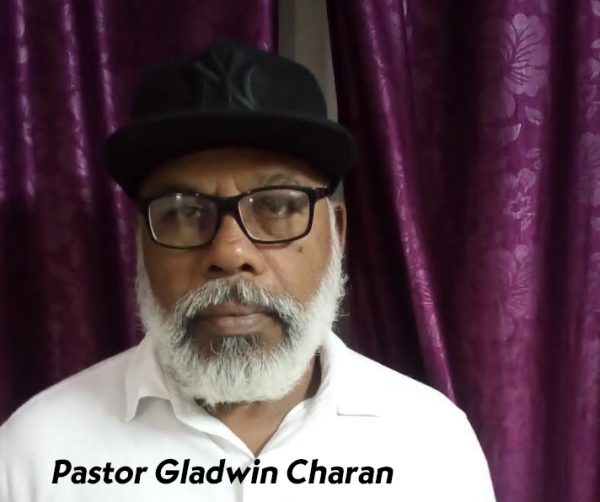 “As per the records,” writes Pastor Charan, “there are 32 churches in Eastern Uttar Pradesh section and average attendance is 704 per week. There is no SDA church in Eastern U.P. section where 100 people can sit and worship.… There is no village in entire Eastern U.P. section where you will find 20 SDA members.” (The attendance records he cites are not included in the letters.)

Adventist Today has previously reported on exaggerated membership statistics in India, which gives the Southern Asia Division an appealing veneer of success to donors, as well as high representation in General Conference meetings.

The letters say that the Seventh-day Adventist Church is not registered as a church in India, but as a private company named Services Association of Seventh Day Adventist Pvt. Ltd. This may mean that the church is subject to certain rules and regulations regarding honest reporting of activity, though it is not clear how these rules and regulations differ from those governing churches.

In spite of religious freedoms written into India’s federal constitution (Article 25 says “all persons are equally entitled to freedom of conscience and the right to freely profess, practice, and propagate religion subject to public order, morality and health”), eight states in India have anti-conversion laws, including Uttar Pradesh. The laws reflect a public fear of forced Christian conversions, according to the Lausanne mission institute: “One of the primary causes of violence against the minority Christian population is the making of allegations of conversions by force and allurement.” The letter asks the president, Pastor Surendra Lal, “Have you taken affidavits of [Hindu converts’] willingness that they want to be Christians?” implying that the District Magistrate in Varanasi either seeks or would be interested in these.

Pastor Gladwin M. Charan was a veteran pastor in Allahabad, but was dismissed when he blew the whistle on what he perceived as corruption in church leadership. He is serving without salary while taking the case for corruption to a high court in Allahabad. Not unlike a recent allegation by church members in Hyderabad, Pastor Gladwin claims that church leaders tried to sell a valuable church property in Allahabad, a project in which he says he interceded to stop the sale.

A chart of official church membership in the East Uttar Pradesh section shows some surprising results. On the official books, the average membership of congregations in this conference would be around 1450 members per congregation. It is not clear in which of the congregations, if any, the memberships are held—some leaders say they’ve got lots of informal companies, though no list of these has ever been forthcoming. Of the over 46,000 members, in most years the number of deaths is only in the single digits, and there are almost no transfers or dropped or missing members. Though yearly baptisms have dropped off from an enormous 7,311 in 2011, they continue to be in three figures, with only insignificant adjustments in any column to the membership since 2000. 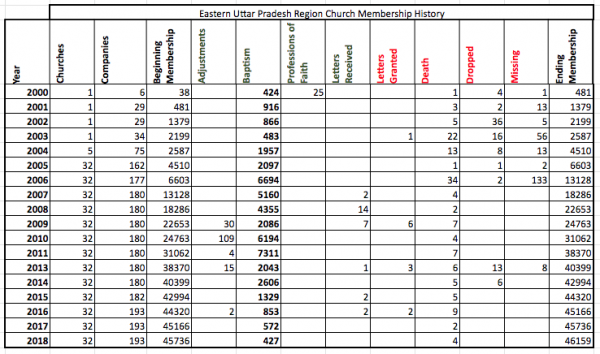