According to the 2017 annual statistical report published by the General Conference of Seventh-day Adventists, there are 1.6 million church members and 4,514 congregations within the Southern Asia Division (SUD), most of which lies in the country of India. This translates into 345 members per church. This same report claims that an average of 170 members attend each church across India.

I have been to many churches within India. Most of them have fewer than 50 in attendance. Is it possible that the Southern Asia Division has exaggerated the church attendance and membership count?

Let’s look at a few facts that may serve as a corrective to these numbers. 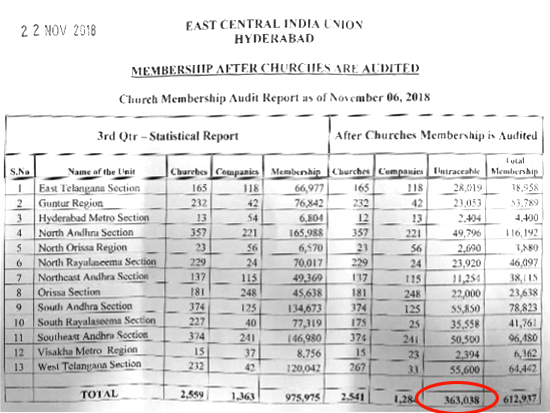 Can we trust the Southern Asia Division audit numbers? While I applaud any effort at accuracy, my personal view is that a thorough audit would probably have found the true membership inflated by far more than 60%, and the untraceable number in the ECIU even higher than the given 363,038.

Inflated membership numbers are probably not unusual in the world church. In an enterprise like ours, it serves the claims of leaders, from the congregation on up, to say that we have more people involved in the church than we actually have. High numbers look like a great deal of successful activity is going on, requiring more pastors and resources—meaning there is a built-in incentive to keep the numbers high, and a disincentive to correct them.

Add to that the difficulty of doing these audits—they require conscientious cooperation by everyone from the local church clerk and pastor on up to the division officers—and one must look with some doubt at the worldwide statistics of Seventh-day Adventist membership and participation.

Gordon Christo, former Secretary of Southern Asia Division said: “While this speaks of the failure of the Division secretariat in being unable to fix the problem, it also speaks of the failure of almost every church to (1) audit their membership records, and (2) record their average attendance. The Division secretariat merely adds up all the reports sent higher up. Every church is supposed to physically count members present twice a quarter. When was the last time you saw a deacon or other appointed person going around counting heads in your church?” He adds, “We have cultivated a culture of lethargy and falsehood that runs from top to bottom.”

A Challenge to Be Honest

I can’t help but agree with Dr. Christo when he says a culture of lethargy and falsehood runs from top to bottom.

Rita Corbett, who represents a group from a Williams Lake, British Columbia, congregation that discovered fraud in a project they funded in the South East Andhra Conference, explains what she and her group see in these large numbers. “Claims of many baptisms and full churches lead to communicating exaggerated success to donors, like us. This leads to substantial donations for properties and new church buildings. But when the membership drops—or perhaps the church never really succeeds in the first place—the leaders plead budget shortfalls and sell off the real estate, and we have evidence that some skim profits or receive kickbacks.” This is aided, she says, by a lack of clear and legal titles for land throughout the SUD, which makes fraud involving property fairly easy.

Corruption is endemic to the Indian culture, and that same corruption has also infiltrated the Seventh-day Adventist church there. That some church leaders skim money through kickbacks, bribes and theft is almost certainly the case. So it is only sensible to ask how much dishonesty is involved in inflating membership numbers to make a field look much more successful than it really is.

I challenge the leaders within the Southern Asia Division—my home territory—as well as the other divisions in the world field, to publish honest statistics. When are we going to grow from a culture of lethargy and falsehood, to a culture of truthfulness? Likewise, I request that the leaders of the General Conference challenge inflated membership statistics before they are published in the Annual Statistical report. 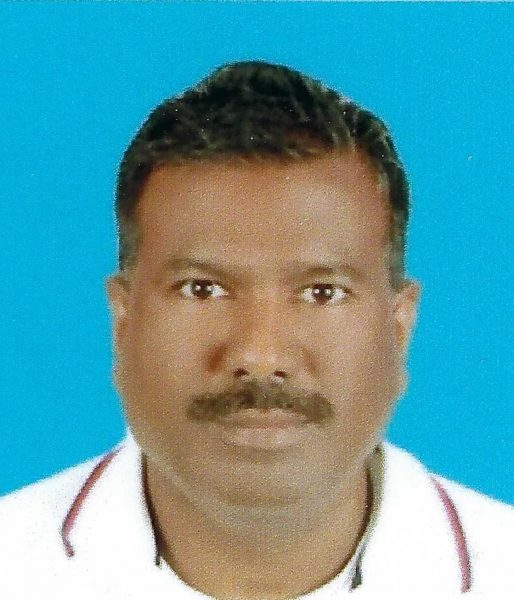 Alexander Samuel was born to Adventist parents in an impoverished part of rural India. He graduated from Spicer University, Notre Dame and Indiana University with advanced degrees in business administration and mathematics. He now works as a senior risk manager in the financial industry. He is married to Thanda and has three children. He once met Mother Theresa.