On July 23, I addressed the Adventist Today Sabbath Seminar on the topic of the complexity of the LGBTQ+ question. I explained that though people assume that human sex and gender is binary, and that the normal outcome of reproduction and development is distinctly male or female, and that it is considered normal for individuals to be sexually attracted to the opposite sex, in fact God created humans, and all other living organisms, with genetic systems that are designed to change and produce diversity through genetic changes, called “mutations” by geneticists.

Some Adventists consider the process of mutation in DNA to be the result of the entry of sin into the world. It is true that without mutations there might be no detrimental genetic traits such as hemophilia and phenylketonuria. But there would also be no variation in traits such as hair color, eye color, psychological temperament, body shape, and so on. Mutations are essential for producing the wonderful diversity we see in all living things.

I said that modern genetics research has increasingly supported the contention that physical sex, gender, and sexual attraction are significantly influenced by genes. Based on the complexity of the developmental and genetic processes that take place between zygote formation and birth, it would be a surprise if no one were born trans, i.e., individuals with all the physical traits of one sex but who mentally and psychologically see themselves as the opposite gender. It would be equally surprising if there were no individuals born who are inherently attracted to individuals of their own sex. Both outcomes are considered normal, part of the normal spectrum of sexual and gender expression. Certainly LGBTQ+ individuals are less common, but they are not abnormal or unnatural.

Despite the traditional interpretation of a scattering of “clobber texts” that are assumed to prohibit gender nonconformity and same-sex sexual relationships, the Bible gives little to no direct guidance about how LGBTQ+ individuals should be treated by believers.

Given that being LGBTQ+ is largely inborn, it seems to me unfair to place the burden of celibacy on them as a requirement for church membership. This should include being allowed to marry whom they choose. By recognizing the naturalness of the full spectrum of gender and sexual variation in humans we affirm the humanity of all individuals and recognize that each of us is beloved of God, just as we are.

In response to some comments I received afterwards, I think it would be helpful to say a few words about words, or more precisely the words we use when talking about LGBTQ+ issues in the church. This is because, although two words might be synonyms, their differing shades of meaning or usage may mean they get understood differently. Some words can carry a lot of baggage.

One such word is homosexuality.

Homosexuality and the related derivations are useful in a clinical or medical setting, but when used in everyday discussions of LGBTQ+ issues can feel abrasive and demeaning to gays. Part of the reason they are considered derogatory to gays is the word “homosexual” focuses almost solely on a sex act and not the person.

Homosexual acts describe same-sex behaviors, ignoring whether a person is gay or not. A person is not just a sex act or even just a sexual orientation. Many gay individuals find the words “gay” or “queer” to be more respectful, and when it comes to sexual orientation they often prefer the term “same-sex attraction,” which focuses more on the broad sense of attraction from the romantic perspective of falling in love.

The word homosexual also has a long history of being the preferred term used by religious people when they talk about the sin of being gay, which adds even more of a negative connotation to the word. Versions of the word have also been used in modern translations of 1 Corinthians 6:9 and 1 Timothy 1:10 to refer to male-male sexual relations, even though the original Greek words are of uncertain meaning, and according to many recent scholars represent exploitative acts of same-sex behavior, or possibly sexual promiscuity more generally.

For this and other reasons, it is probably wise to refrain from the use of the word homosexuality when discussing LGBTQ+ concerns.

Another word that might seem relatively innocent is “celibacy.” Lifelong celibacy is what the church, at least in North America, is requiring of LGBTQ+ individuals if they want to be members of the church and hold church office.

Even seeing the phrase “lifelong celibacy” applied in this way is painful to LGBTQ+ individuals, because it is such a final statement. Being celibate means never having the opportunity to establish a lifelong, committed, intimate bond with the person they might fall in love with.

A word that might at least take some of the edge off is “abstinence.” Abstinence is the word we often use when telling young people that they must remain abstinent until they marry. Abstinence gives the impression of being temporary, whereas celibate sounds permanent.

While it is true that the church is currently demanding lifelong celibacy for gays, calling it lifelong abstinence gives the requirement a softer edge, and even hints at the possibility of some kind of intimate bonding relationship at some point, even if sex is not involved.

It might be wise for those of us who are allies to start using the term “abstinent” rather than celibate, in hopes that it might subtly change the conversation. Even suggesting this shift in language reminds me of another aspect of the conversation that is often overlooked.

When two people fall in love, it is not primarily about sexual attraction, despite how powerful the sexual component of the relationship can be. Falling in love, when it is genuine, is a desire for deep physical, psychological, and spiritual intimacy with the other person. When good marriages are studied, the sexual component has little to do with marriage success, the other psychosocial and spiritual aspects of relationship being much more important.

We need to stop seeing LGBTQ+ people only as sexual beings; they are much more than that. When we begin to see the multifaceted beauty of marriage, we can then begin to realize the terrible sacrifice the church is requiring of LGBTQ+ members. They are not only being asked to abstain from same-sex sexual relations for life, but to also be excluded from developing an intimate psychospiritual bond with another human.

One of our deepest needs as humans is relationship, and the marriage relationship fulfills the deepest levels of this need. It is no wonder the marriage relationship is so often used as a symbol of Christ’s and God’s intimate relationship with the church and the believer. How can we, in good conscience, ask a gay person to forgo such a deeply meaningful opportunity? It is no wonder that suicide rates are higher for LGBTQ+ Christians when all they have to look forward to in life is a long stretch of loneliness within a church community that only sees them as acceptable as long as they remain unmarried and sexually abstinent.

My dream is that the church would treat LGBTQ+ individuals as we do non-LGBTQ+ individuals. Heterosexuals are expected to remain abstinent until they get married, and the policing of that abstinence is left to the individuals themselves for the most part. As it stands now, even any public display of affection by LGBTQ+ individuals is policed by the church, with any hint of intimacy seen as a sign they are sinning. If the church could affirm same-sex marriage, and leave what happens in the bedroom alone, fully affirming the sanctity of all marriages regardless of the sex/gender of the participants, we would be the truly loving and compassionate church that Jesus intends.

The Bible and LGBTQ+ people

The church claims the Bible identifies such individuals as sinners living in sin who must repent and allow God to change them. This is all about words too—ancient words in a foreign language and ancient culture.

If we want to know what the Bible says about LGBTQ+ individuals, we need to properly understand the words in the texts, in their proper scriptural and cultural context. To simply assume that when same-sex behavior is mentioned that it is describing a gay person as we understand such individuals today is inappropriate. In that era no one recognized that some individuals have an inborn attraction for others of their own sex. Although gays certainly must have existed at that time, they were not recognized as such. Everyone in that era was considered heterosexual, and same-sex sexual acts were simply seen as abnormal and were tolerated in some contexts and condemned in others. Traditionally, this misunderstanding meant requiring gays to become heterosexual via some sort of change therapy and requiring that trans individuals retain their gender and express the gender of their birth sex, since transitioning would be a sinful violation of God’s intended gender assignment.

I think the Bible has a lot to say by way of general principles concerning how the church should treat LGBTQ+ individuals, but sadly the church seems incapable of applying those principles while maintaining its stance that the “lifestyles” of LGBTQ+ individuals are sinful. Wouldn’t it be much better if the church took something more like Jesus’ approach of loving such individuals where they are and as they are? Although not directly identified in the text, good exegesis of Mathew 19:11-12 sheds light, I think:

Eunuchs are the closest equivalent in ancient times of LGBTQ+ individuals. Those born eunuchs are likely individuals that today would be classified as intersex, trans, or queer, and may have included gays as well. They were the sexual outcasts of the time, and yet Jesus speaks of them compassionately. Add to that Jesus’ reference to Hosea 6:6 in other verses (He quotes it twice in Matthew), “For I desire mercy, not sacrifice,” and Philip’s baptizing the Ethiopian eunuch, and I think there is enough evidence that God intends the church to fully affirm LGBTQ+ individuals and accept them into the church as they are. As I have said elsewhere, I think the Bible, properly understood, affirms all LGBTQ+ individuals.

I would like to assure you, if you are LGBTQ+, that you can find comfort in knowing that God loves you, and that affirming theology means you can still love the Bible, be faithful to its teachings, live out your self-identified gender, and marry the person you have fallen in love with, even if they are the same sex/gender as you.

For truly, “there is neither Jew nor Gentile, neither slave nor free, nor is there male and female, for you are all one in Christ Jesus.” Galatians 3:28 NIV 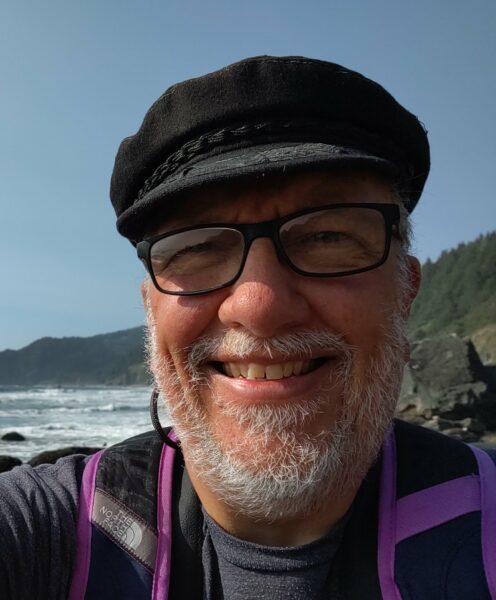 Bryan Ness is a professor of biology at Pacific Union College.