Byron, my Texas-born son-in-law, used to sing “I’m a Methodist Till I Die”, until he up and joined a Vineyard Church. His Methodist mother could handle that, but she panicked when his little brother decided to marry a Catholic. So I thought I should tread carefully when Byron’s 13-year-old daughter and I walked past St. Michael’s Catholic Community last week.

“That’s my church,” I said. Her eyes widened. I’ve been a Catholic longer than she has lived, but she doesn’t always pay attention. “You know,” I bravely continued, “Catholics and Protestants used to be really different from one another, but they’re not so different anymore.” She attended an Episcopal church for a couple of years when her family lived in Asia. “In fact,” I plowed on, “if you went to Catholic services, you’d find they’re a lot like your church in Taipei.”

She chewed on that for a minute and then asked, “Is the Vineyard Church Protestant?”

I love it when religious people mix it up. At my husband’s Episcopal parish, many of the pillars started out Roman Catholic. Many Catholics of my acquaintance spent several years pretending to be Protestants, often in the Pentecostal tradition. I have Presbyterian friends who know a lot about the Bible but very little about John Calvin, Catholic friends who don’t know how to say the rosary but happily sing “Amazing Grace,” Protestant friends whose main spiritual adviser is a rabbi, Baptist friends who get together with nuns to pray the liturgical hours . . .

Veterinarians looking at a similar phenomenon call it “hybrid vigor.”

The American Kennel Club, the guardians of canine orthodoxy, doesn’t much care for hybrids. They believe that breeds (most of which have been developed over the last century or two) should be kept distinct so that individual breed standards are preserved. According to many conscientious breeders, the increasingly popular mixed-breed “designer dogs” are an abomination.

I suppose it’s not surprising that a woman who has belonged to three different Christian denominations is all in favor of mutts. Sure, if two really fine Great Danes fall in love, their offspring will probably meet AKC standards. But when you breed for good qualities, problems often sneak in the back door. Those Great Dane puppies have a high risk for hip dysplasia, just as toy poodles are prone to progressive retinal atrophy and Maltese often have bad teeth. By contrast, although my miniature schnauzer–Australian terrier cross inherited a double dose of the barking gene, her health is excellent, as is that of her lap-sitting Havanese–toy poodle sister.

I’m glad my extended family includes Protestants and Catholics, liberals and conservatives, Christians and Jews, the devout and the agnostic. (So far we don’t have any Hindus, Muslims, or Orthodox Christians at our Thanksgiving tables, but we have a few extra chairs if any show up.) Catholic piety, Calvinist theology, post-modern skepticism, Episcopal inclusiveness, evangelical certainty—these are all good things, but you don’t want any of them to get out of hand. Hybrid vigor isn’t just for dogs.

Update, 9 years later: the granddaughter has graduated from college and attends a nondenominational church; my husband and I attend an Episcopal–Lutheran hybrid church; both crossbred dogs lived to a ripe old age; and we’re still waiting for Hindus, Muslims, and Orthodox Christians to join us for Thanksgiving. 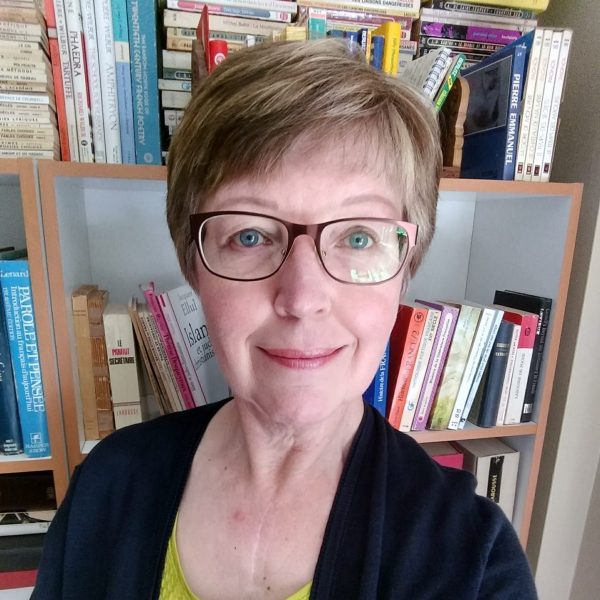