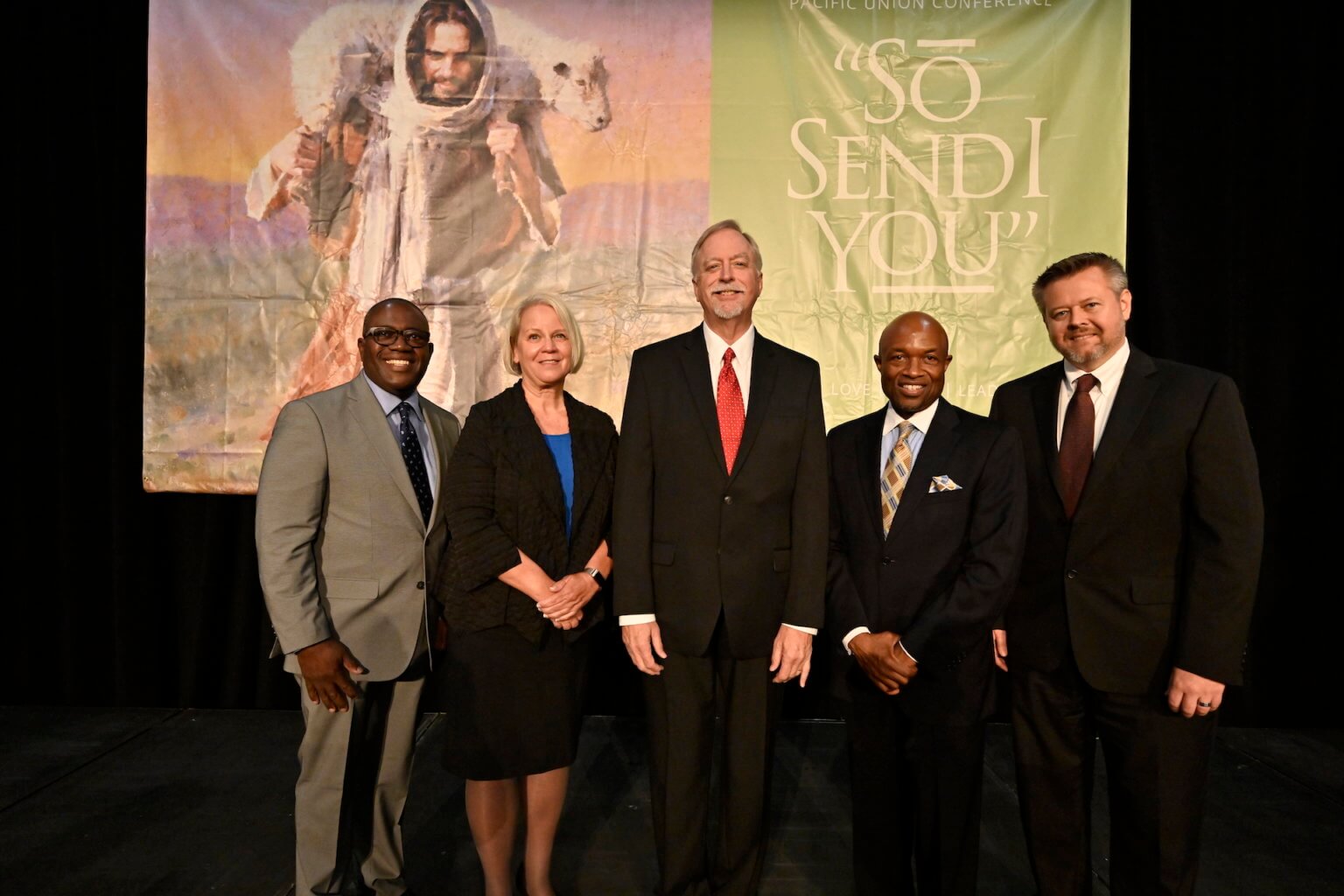 TUCSON, ARIZONA – Bradford C. Newton has been elected president of the Pacific Union Conference, replacing Ricardo B. Graham, who is retiring after 14 years of service as president and more than 46 years of ministry. Elected to fill the role of executive secretary that Newton has held since 2008, Sandra E. Roberts, president of the Southeastern California Conference, is the first woman to be elected to serve in the administration of the Pacific Union Conference and within the North American Division.

Delegates returned Stephen V. Mayer to the position of treasurer, while Leon B. Brown, Sr., president of the Nevada-Utah Conference, was elected to serve as vice president, replacing Jorge Soria, who is retiring after 47 years of ministry. The elections were a significant part of the agenda for the delegates of the 31st Pacific Union Constituency Session, held August 15-16, in Tucson, Arizona.

Held every five years to conduct the official business of the church, more than 350 delegates participated in the constituency session. Elder G. Alexander Bryant, president of the North American Division of Seventh-day Adventists, served as the chair of the Nominating Committee for the constituency session, and led the delegates in the balloting process. “You have just elected the most diverse group of officers in the history of the Pacific Union Conference,” said Bryant, a remark that received standing applause from delegates. Speaking directly to the members of the new administration, Bryant said, “This body elected you in an overwhelming fashion. Lead this union to the next level as we prepare for the soon return of Jesus Christ.”

In his role as executive secretary during the previous term, Elder Bradford C. Newton has chaired the Bylaws Committee, and he spoke to the importance of these new designations. “We believe that this will both broaden the administrative leadership for the Pacific Union Conference and deepen the opportunities for all of our ministries to come together in shared ministry and mission.”

The delegates also received the treasurer’s report from Stephen V. Mayer on the financial status of the position of the Pacific Union, which has seen steady and continuous growth since the last constituency session in 2016. “We have seen the Lord’s faithfulness repeatedly demonstrated in the last five years. We are committed to responsibly use these sacred resources for His kingdom.” An accompanying report from the G.C. auditor confirmed that Pacific Union Conference entities audits affirmed the highest level of compliance with standard financial practices. Reports were also received from education and healthcare, and they may be found on the Pacific Union Conference website, as well as in the Recorder magazines for July, August, and September.

The retirements of Elder Ricardo Graham and Elder Jorge Soria prompted emotional responses of gratitude from the delegates. They each spoke with affection for the Seventh-day Adventist Church and their appreciation for the many years of service in the Pacific Union. The retiring leaders each expressed gratitude to their spouses as their partners in ministry. Acting on behalf of the Pacific Union Conference, Bradford and Jennifer Newton formally recognized and expressed appreciation to Elder Ricardo Graham and his wife, Audrey Weir-Graham, and to Elder Jorge Soria and his wife, Lina Soria, for their dedicated service.

“I want to thank you for your prayers through the years,” Graham told the assembly, with his wife, Audrey Weir-Graham, by his side. “I never planned to be any type of administrator, but I’ve always been willing to go where God sends me, and I’ve had the great support of a great wife every step of the way.” He continued, “I have full confidence in the team you have elected, that God will lead them as He led the previous team, to prepare to meet Jesus.”

Elder Bradford C. Newton now takes up the leadership for the Pacific Union in the field in which he had served in pastoral and administrative roles since 1995. “We stand in a very monumental time in earth’s history,” Newton stated. Reflecting on the theme for the 31st Constituency Session, he continued, “How we respond to Christ’s words, ‘So Send I You’ will impact not only our lives but our churches, schools, and communities. The Seventh-day Adventist Church is uniquely called to a prophetic role in our society. The way the Lord has led us in the past, and the promise of the empowering presence of the Holy Spirit, gives us confidence for the important work that lies before us.”