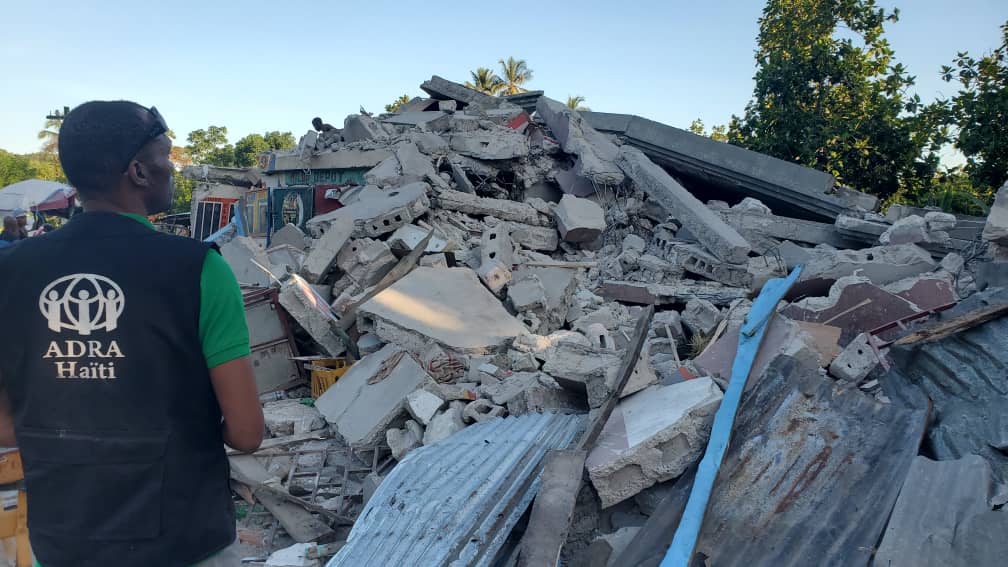 Since a 7.2-magnitude earthquake struck the southern regions of Haiti, death tolls continue to climb days after ongoing search and rescue efforts. Preliminary reports, still in early stages, indicate that there are now nearly 2,000 deaths, 6,900 injuries, and significant infrastructure loss, with over 37,000 houses destroyed and over 46,000 buildings damaged, including hospitals, schools, and churches. There are also reports of road blockages.

The cities of Les Cayes, Camp-Perrin, St. Louis de Sud in the South department, Jérémie, Beaumont and Pestel in Grand’Anse department, and Anse à Veau, Baraderes and L’Asile in Nippes department were the hardest hit and suffered extensive damage and destruction to buildings and homes. In Petit-Trou-de-Nippes, there are reportedly downed phone lines, which has left the city with limited to no communication service. Haiti’s capital city, Port-au-Prince, was rocked by the earthquake but no major damages were reported.

Three days after reeling from the recent quake, Haiti was additionally impacted by Tropical Storm Grace, which left torrential flooding in areas of the country, adding to an increase of people in need of humanitarian assistance. On top of this, gang violence has reportedly escalated, displacing more than 19,000 people in the country’s southern peninsula.

“The southern peninsula is a hotspot for gang-related violence and has been unreachable for the past two months due to road blockages and security concerns, while humanitarian personnel have allegedly been the targets of repeated attacks,” says Fritz Bissereth, country director for the Adventist Development and Relief Agency (ADRA) in Haiti.  “Additionally, the surge in COVID-19 cases has tapered off, but the possible displacement of thousands of people has created ripe conditions for a spike in coronavirus infections potentially overwhelming an already weak and overstretched health system that has to provide assistance to those injured by the earthquake and tropical storm.” According to local authorities, only one percent of the population in Haiti are vaccinated.

Ongoing damage assessments will be conducted under the leadership of national authorities, which according to local findings may take weeks to fully determine the extent of damages and humanitarian needs.

ADRA has been working on several relocation projects to assist internally displaced survivors of gang violence, and is working closely with the Haiti Adventist Hospital in Diquini where injured people being brought to the facility require critical orthopedic medical care and treatment. The hospital has already been saturated with many wounded and injured people since the earthquake struck on August 14.

“ADRA is working closely with the local Adventist hospital to offer logistical and coordination support and provide assistance for transport, food and purchase of medicine,” says Bissereth.

He adds that as ADRA assesses the needs of affected populations, it will scale up its plans to provide urgent non-food items for up to 6,000 people in St. Louis de Sud, Les Cayes, and Camp-Perrin. Purchases of tents, tarps, shelter kits, food and water were of great need according to findings from people impacted in those areas.

“Many people have been affected and families are still recovering, some of whom are trying to make sense of the devastation and unfathomable loss of loved ones,” says David Poloche, ADRA’s regional director for the Inter-American Division. “Thank you to everyone who has fervently been praying for Haiti and for ADRA. We continue to appeal for your thoughts and prayers as we find the strength to help people in Haiti recover through these unforeseeable ordeals. As we join forces with local officials, the Adventist Church, partners, and other agencies, what matters most is working together to ensure people in Haiti get immediate access to essential items, and they receive ongoing aid in hopes of getting to a recovery stage.”

The Adventist Development and Relief Agency is the international humanitarian arm of the Seventh-day Adventist Church serving in 118 countries. Its work empowers communities and changes lives around the globe by providing sustainable community development and disaster relief. ADRA’s purpose is to serve humanity so all may live as God intended. Learn more at ADRA.org.