(Late report: A reliable source says that the UACHE Campus was bombed last night, March 2. Students are gone, but the campus is being used as housing for Internally Displaced Persons. If you would like to contribute to Friedensau’s refugee program, go to this website. Place the words “Ukrainian Refugee Relief” in the box labeled “Reason for Payment.”)

On Wednesday, March 2, 2022, the first refugees from Ukraine arrived at Friedensau Adventist University. The first were three women with six children. They have come from the faraway town of Bucha, just outside the gates of Kiev, where a couple of years ago the Ukrainian Adventist Center of Higher Education (UACHE) celebrated the 20th anniversary of this prospering university.

It was my privilege to visit UACHE for their 20th anniversary, bringing greetings from my college in Friedensau, a sister institution that has historical connections to Ukraine, to Russia and other Eastern European countries. Before World War I, many missionaries were sent from Friedensau to the Russian Empire. In fact, my own grandmother, who must have been one of the earliest Friedensau students, served as a nurse in St. Petersburg as part of her calling.

I was deeply impressed by UACHE. Just 20 years earlier some visionaries bought some land, built some houses, and started a humble institute of higher learning, with an emphasis on philosophy. (Theology, outside of that of the Orthodox churches, would not get accredited in Ukraine.) Against all odds, they grew, and grew and still were growing. They celebrated with a marvelous firework of high performance music, sermons and presentations. They made a little fun of their teachers, and even of their country’s president, who had come to politics after being known as a comedian. Even though I didn’t understand a word, the message came across loud and clear.

UACHE has had 1,500 students, including 400 on-campus students studying theology, journalism, philosophy, languages or psychology. That is, until that fateful Thursday when Russian troops invaded Ukraine. The institution was evacuated almost immediately. Campus students left for home or escaped towards the more Western parts of Ukraine. The buildings did not stay empty, though. It is my understanding they are being utilized for IDPs—Internally Displaced Persons, a dreadfully technical term for human beings under tremendous suffering. The little town of Bucha has since suffered severe attacks by Chechen special forces, who have a reputation for being especially brutal.

As Kiev was just a three-hour flight away from Germany, and central Europe has suffered horrendously under two world wars—both triggered in Germany—Europeans are extremely concerned by the current developments. Obviously, history is complicated, and truth is always the first victim in wars, the current one included. Therefore this is neither the hour of prophetic interpretation (looking into the future) nor the hour of historians (looking backward), but the hour to be fully human, helping in the here and now.

At one end of the main building at Friedensau Adventist University (a building 120 years old), early Adventists inscribed with dark red bricks: “The Lord comes.” On the other side of the same building, you will find the inscription “Pray and Work.” Both these inscriptions belong together. Our church and university chaplaincy department were quick to organize prayer meetings. Friedensau’s administration was as quick to get in touch with the administration of UACHE. We are trying to navigate refugees from Ukraine via some other countries to Friedensau and extend hospitality—more than just food and shelter—for those who needed to flee from the savagery of war to a “Meadow of Peace” (the actual meaning of the name “Friedensau”).

Yes, we know that ADRA is doing whatever is possible to organize help all across Europe—one of the rare moments I am proud of my church. And yet, it is peace we need most. Nine refugees in Friedensau (thus far) is just a drop in the proverbial bucket. But we are glad they are here at Friedensau and continue to pray with Christians all around the world: 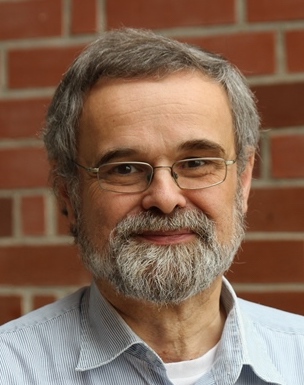 Andreas Bochmann, Ph.D. is professor of counseling and pastoral care, as well as Prorektor (vice president) of Friedensau Adventist University. The internship for his Ph.D. in pastoral counseling has been at Perry Point VA Medical Center, in Maryland, working with traumatized US veterans from various wars.