For Those Who Remain After Suicide: A Sermon 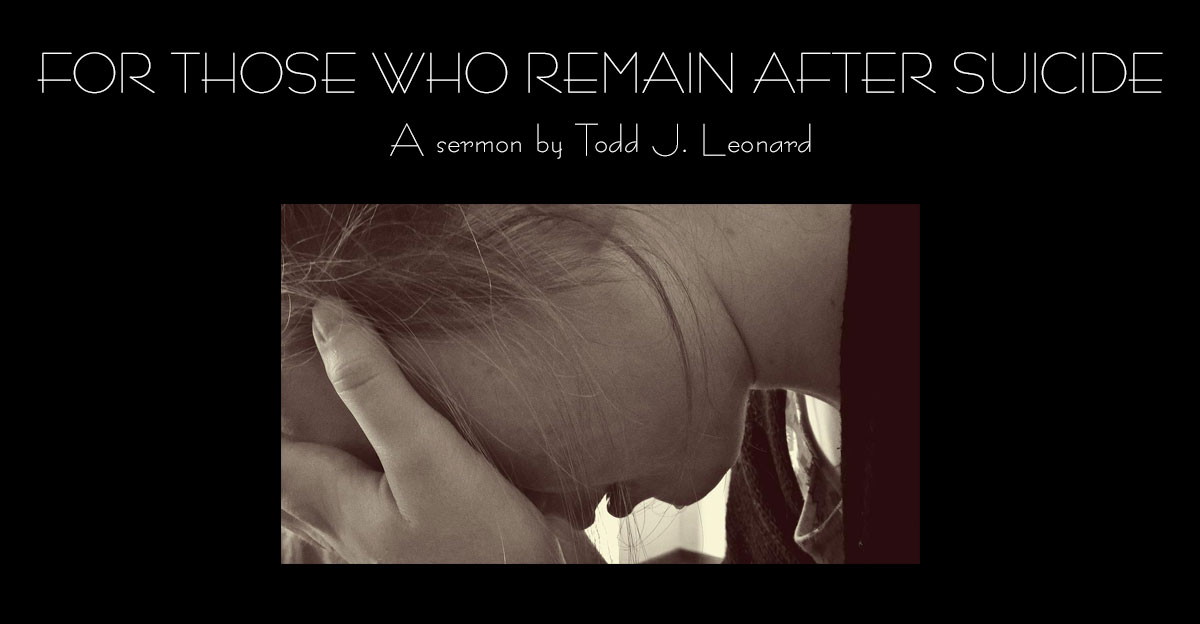 Just a few days ago, my friend and pastor, Todd Leonard, lost a loved one by suicide. The man’s family asked Todd to preach the funeral. I was moved by Todd’s focused message of hope and understanding, and I asked his permission to share it with you. Names and situations have been modified to maintain the family’s privacy.
—Loren Seibold, AT Editor

I don’t know what day it is. It’s all a blur. All I know is that there was time before Thursday and time after Thursday. The time when Seth was alive and the time of trying to figure out why he’s not alive and how we’re going to live on without him.

None of us can believe this happened. We’ve all been saying, “I was just texting with him…,” “I just talked on the phone with him the other day…,” “We were together last week…,” “The last time I saw him he was so happy…,” “We were planning to….”

This is so surreal. The world’s not right.

We really don’t know why Seth arrived at the place where he felt he needed to do this. We’ve been trying to figure it out—but we’ll never really know exactly what was going on in his mind in the hours leading up to this. What we can deduce is that he was carrying so much despair inside, so overwhelmed by multiple stressors, and he clearly didn’t want anyone to know about it. Some things we do know:

Why we’re here today is because Seth was exhausted by these conditions—and perhaps more that he never shared with us. He had given up. He was tired of fighting. Tired of the struggle. And he came to a point where his mind saw no way out and he felt he was all alone. From our point of view he had a way out, and he was surrounded by love. But the deep dark pit he was in told him otherwise.

The scripture passage that was open on his bed on Thursday speaks to how Seth was feeling. Though he hadn’t committed the deplorable acts that King David, who wrote this Psalm, did, it appears he felt guilty and under condemnation for things he had done and that he was begging God to forgive him and give him salvation:

Have mercy on me, O God, because of your unfailing love. Because of your great compassion, blot out the stain of my sins. Wash me clean from my guilt. Purify me from my sin. Oh, give me back my joy again; you have broken me—now let me rejoice. Don’t keep looking at my sins. Remove the stain of my guilt…. Create in me a clean heart, O God. Renew a loyal spirit within me. Do not banish me from your presence, and don’t take your Holy Spirit from me. Restore to me the joy of your salvation, and make me willing to obey you.
–Psalm 51.1-2, 8-12, NLT

For so long Seth had been trying to get things right—right in his head, right in his body, right in his career, right in his relationships—and yet he kept struggling. He sought healing the only place left that he thought that he could find it—by taking his life.

I need to say some things today, especially to this family. And I know that my relationship to you is as close friend and loved one, more than as a pastor. But right now, in this space, we’re on my turf and I’ve got my official pastor suit on and I need you to listen to me.

As Jesus and his disciples walked through the Garden of Gethsemane, the gospel of Mark says that Jesus “became deeply troubled and distressed. He told them, ‘My soul is crushed with grief to the point of death. Stay here and keep watch with me’” (Mark 14.33-34, NLT). In other words, Jesus said, “I am so overwhelmed that I want to die!” And, unlike Seth, who had family and friends all around him who would love and support him if he called out for help, Jesus’ friends deserted him and betrayed him.

In fact, by the time he was hanging on a cross the next day, Jesus felt he had lost connection with his Heavenly Father as well. He cried out, “My God, my God, why have you forsaken me?” (Mark 15.34, NLT). In his mind he had come to the place where he believed his Father had betrayed him as well.

Jesus knew exactly what Seth was going through on Thursday. He had been through it himself.

If God is for us, who can be against us? He who did not spare his own Son, but gave him up for us all—how will he not also, along with him, graciously give us all things? Who will bring any charge against those whom God has chosen? It is God who justifies. Who then is the one who condemns? No one. Christ Jesus who died—more than that, who was raised to life—is at the right hand of God and is also interceding for us. Who shall separate us from the love of Christ? Shall trouble or hardship or persecution or famine or nakedness or danger or sword? As it is written:

“For your sake we face death all day long;
we are considered as sheep to be slaughtered.”

No, in all these things we are more than conquerors through him who loved us. For I am convinced that neither death nor life, neither angels nor demons, neither the present nor the future, nor any powers, neither height nor depth, nor anything else in all creation, will be able to separate us from the love of God that is in Christ Jesus our Lord. –Romans 8.31-39, NIV

Seth is not under condemnation, and nothing can separate him from the love of God. Therefore, we can rest knowing that Seth is at peace in the healing arms of God and that, because of God’s love for us, we too will be with God one day and be reunited with Seth for all eternity.

Nothing can separate us from the love of God. Amen. 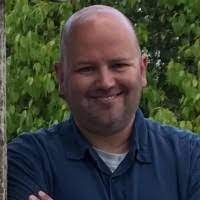 Todd Leonard is the Senior Pastor of the Glendale City Church.