On a Sad Note: Herbert Blomstedt to Miss Birthday Concerts Due to Fall 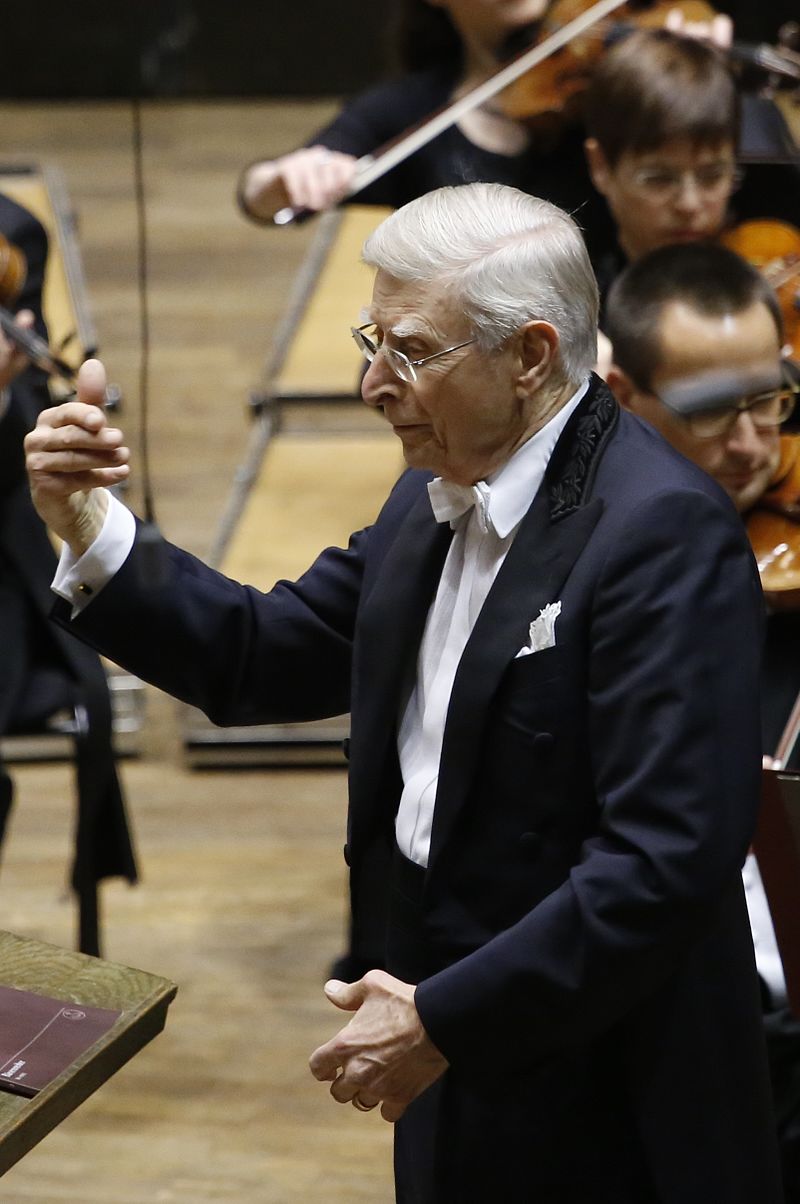 08 July 2022 | Herbert Blomstedt, the veteran Swedish conductor, who turns 95 on July 11, suffered a physical setback ahead of a series of birthday concerts in Berlin and Vienna. reported classical music news site Slipped Disc.

The Staatsoper Unter den Linden (Berlin State Opera) reported that Blomstedt was in the hospital after a fall on June 26, 2022.

Due to the injury, Blomstedt had to cancel concerts in Berlin, Germany, on June 27 and 28, 2022. Blomstedt, still recovering from the fall,  also cancelled concerts in Leipzig, Germany, on July 15 and 16, 2022, due to concerns about travel while still rehabilitating.

Blomstedt is known for celebrating his birthday with birthday concerts. In 2017, he celebrated his 90th birthday by having 90 concerts around the world, according to the Trans European Division (TED).

Blomstedt also is known for being an Adventist and Sabbath-keeper.

“There are many good conductors in the world, but what distinguishes me from everyone else is that I celebrate the Sabbath,” Blomstedt told the TED. “But I would like to hear them point that out when I am conducting; it sounds different than when my colleagues do it.”

But Blomstedt does do things differently than other conductors—he does not hold rehearsals on the Sabbath, which for Adventists is observed from Friday sunset to Saturday sunset. Even early in his career, Blomstedt did not give concerts on a Sabbath. But a conversation with Johannes Norrby, managing director of the Stockholm Philharmonic, a professed Christian himself, gave him new insight.

While planning the concert program one year, Norrby said to Blomstedt: “I respect your standpoint not to rehearse on the Sabbath. But there is one thing I do not understand. You say you play music to glorify God. Why don’t you want to glorify God on the Sabbath?”

Blomstedt looked to the example of his father, who was a pastor. His father studied and prepared for his sermon all week. But when the sun set on Friday evening, he left his books and notes to be with his family. On Sabbath morning, though, he delivered his sermon which he had prepared during the week.

“‘There is the solution to my problem!’ I thought,” said Blomstedt. “I study my scores and rehearse with the orchestra all week, but when the sun goes down on Friday, I do not study more scores. But I give my sermon standing on the conductor’s desk in front of the orchestra. I cannot deny anyone hearing the music just because it’s Sabbath; it’s not logical to me.”

Blomstedt was music director of the San Francisco Symphony from 1985 to 1995. Blomstedt held principal conductorships with the North German Radio Symphony (1996–1998) and Leipzig Gewandhaus Orchestra (1998–2005).

(Photo: Herbert Blomstedt is seen conducting in the Leipziger Gewandhaus in 2015. The veteran conductor has had to cancel birthday concerts due to a fall. Photo by Alexander Böhm via Wikipedia.)