From ANN, January 26, 2016:    Some 80 Adventist ministers in the Dominican Republic were recently accredited by the Central Electoral Board to officiate civil marriages recognized by the state. The accreditation took place during a ceremony held last week at Ensanche Quisqueya Seventh-day Adventist Church in Santo Domingo.

The Central Electoral Board is a government agency of the Dominican Republic that oversees elections and manages the registration and status of its citizens. The accreditation was in response to a law passed in 2010 that would allow Christian churches to perform state-recognized civil marriages. Before the law, only court judges or Catholic priests were allowed to perform such unions.

“A family should be based on legality,” said Dr. Roberto Rosario Márquez, president of the Central Electoral Board, during what he called the largest ceremony of its kind ever held on the island. “A family should be an institution formed by a man and a woman.” He added that the Implemented Regulation Law 198-11 seeks to strengthen families morally and the reason the Central Electoral Board has paid so much attention to this issue.

Pastor Cesario Acevedo, president of the Adventist denomination in the Dominican Republic, thanked Rosario and his staff on behalf of the church across the island.

“We commit ourselves before God, to fully abide by the laws governing the solemn responsibility to make the sacred matrimonial ceremony,” said Acevedo.

Law 198-11 stipulates that churches are responsible for record books and religious marriage certificates, as well as for obtaining accreditation and training of ministers, pastors and priests.

“This accreditation offers a new way to continue supporting our fellow citizens nationally,” pastor Teófilo Silvestre, executive secretary of the denomination in the Dominican Republic, who said the church began the process of accreditation with the government leaders in 2013.

“Our ministers now have the opportunity to be public servants recognized by the state and can provide these services to Seventh-day Adventists as well as those from other churches,” he added. Accredited Adventist ministers will act as court judges when performing marriage ceremonies.

“The Adventist Church has an opportunity to be a positive influence over society and strengthen the families according to Christian norms,” added Silvestre.

During the ceremony, each Adventist minister received a special identification card with their approved accreditation, which also allows access to government facilities.

“We are glad the door is opened to have more of our ministers accredited,” added Silvestre. For now only 80 of the 270 Adventist ministers across the island will hold this accreditation.

The Seventh-day Adventist denomination in the Dominican Republic was established in 1907 and has more than 303,000 church members in 1,262 churches and congregations. 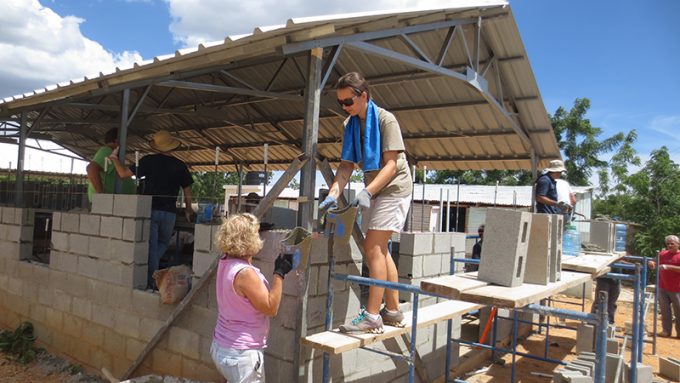