Cheating the Church: An Interview with Victor Pilmoor

Editor’s note: Recently I received a note from an Adventist lay member in a developing country. Through a family member working in a conference office, he said he’d discovered that unions and conferences in his region handle church money in some highly irregular ways: that they have in effect a two-ledger system, one record for internal use, another for auditing, the purpose being so that pastors and office workers can avoid reporting income and paying taxes. I turned to retired denominational treasurer Victor Pilmoor, who’s written and spoken widely on the topics of church finances and stewardship, to help evaluate this claim. —Loren Seibold

Loren Seibold: Victor, since you’ve served widely on the financial side of the church, have you heard stories like this, and could this one be true?

Victor Pilmoor: Let me begin with the observation that commenting on a narrative without full information is dangerous. The overwhelming majority of treasury staff I have worked with do an honest job and have a desire to be compliant with accounting standards and policy. The discovery of apparent aberrations should not be taken as the norm.

Irregular use of money does happen, though not frequently and usually not on a grand scale.

But irregular use of money does happen, not frequently and usually not on a grand scale. It is usually detected later than it should be: fear of reputational damage can inhibit clear and candid transparency, as does the desire to contain legal consequences.

Let us suppose this person’s claim has substance. If a member has information on irregular practice, they have a duty to put church leaders on notice, then suggest a time frame for correction before the matter is taken up with auditors, and ultimately with the regulatory authority. We have a duty to hold each other accountable.

Loren: In most places in the world we use an accounting software called SunPlus. Does our accounting system make it difficult to hide such practices?

Victor: About 30 years ago it was recognized that the church needed to demonstrate that tithe was used for tithe-allowable purposes, so it introduced a robust fund accounting system. Having multiple databases is entirely possible, and unless auditors are told, these could remain invisible. However, informal transactions that are done through cash or favors needn’t be recorded in any ledger, and are in effect a separate financial system. This is more common.

Loren: At the last Autumn Council, there was much discussion about a report from GCAS that showed an increasing number of auditing irregularities—81% of audits in the most recent year. What are audits designed to find?

Victor: The report suggested that 81% of entities had some policy non-compliance, which is not as pejorative as to imply wrongdoing. This could be as simple as a handful of trustees not signing conflict of interest statements, or the entity operating below the working capital requirement. Many treasury departments are small and struggle to implement the segregation of duties that best practices would suggest.

Auditors do their best to dig into the financial records, but things can be hidden from them. When auditors begin their work they request a signed ‘Letter of Representation’ in which conference officers sign and declare that they have made all relevant data and information available. If accounting information remains undisclosed, then officers have misled auditors.

Loren: Are there legitimate reasons for creative accounting in some parts of the world? Is it permissible to, say, pass a bundle of banknotes to a pastor that he needn’t report as income?

Victor: There isn’t much room for creative accounting with charities, though I suspect you are using the term as a euphemism for sharp practice. Legitimate creativity happens when leaders ensure that every budget is expressed in terms of the church’s vision and mission, its values and of organizational vitality. It happens when stewardship talk focuses on the long term growth of society and its members rather than the narrow self-interest of particular ministers or ministries.

As for reporting taxable income, responsibility for that varies from one country to the next. In many Catholic or Orthodox countries ministerial vocations do not have a regular employment contract arrangement. In some places a minister is a self-employed consultant, while in others they are office holders. Given that much of church remuneration policy began within the United States’ framework, what other territories do sometimes looks illegal when it’s just different.

Part of the ordination compact is that ministers give themselves wholly to the work for which they are remunerated. Any “bundle of banknotes” should be turned over to the cause. It is true that visiting pastors often do receive “tokens of thanks” which should be disclosed as resources received in the performance of their duties, to be offset by any costs that they may have incurred. I am aware that in some cultures these “tokens” can be substantive, the more so when the pastor has celebrity status. The conference of churches with pooled ministry was designed to mitigate this distortion.

There are also parts of the world where pastors do not receive a living wage, and they have little choice but to augment their income, sometimes with extra work or other enterprises.

Loren: What might happen to a judicatory if this kind of thing is discovered by the authorities?

Victor: If a church or charity is found to have deliberately defrauded the public purse, they will be required to make up the difference on behalf of the church and the employee, often with penalties. Tax authorities are entitled to go back several years if they suspect cheating. If the practice is found to be criminal, then criminal sanctions apply to treasury officials and trustees. Risk management provides no cover for those who are knowingly corrupt, or for those who fail to follow expert professional advice.

Loren: My correspondent wrote, “According to them, they have been predestined by God to be pastors, so they don’t have to fulfill societal responsibilities, such as paying taxes.” Does the church have a problem with spiritual arrogance?

Victor: I’m not sure that such a sweeping representation of their motives is well founded, though I do understand the disappointment members feel when their leaders don’t match the ideals they expect of them. Most church leaders I have met and worked with take their fiduciary duties seriously, though we could all do with an extra dose of humility. Those who work for the church do have aspirations: they are seduced by travel, technology and toys. They can be mesmerized by projects they believe to be divinely inspired, and most could afford to be more objective in their choices, and more cautious with the presumption of God’s blessing.

Equally, there are laypeople who demand disproportionate institutional control for their stewardship. Some of these have come to exercise arrogant influence as the price of their stewardship. Every treasurer has to stand up to these, and not to be seduced by their money.

Those who work for the church do have aspirations: they are seduced by travel, technology and toys. They can be mesmerized by projects they believe to be divinely inspired, and most could afford to be more objective in their choices, and more cautious with the presumption of God’s blessing.

Victor: Earning trust is like crafting transparent glassware: it is hot, hard work, and the product can be instantly shattered. We have little difficulty seeing the relationship between personal health and societal health, but struggle to see the same connection when it comes to economic health. Robert Greenleaf included ‘willingness to be accountable’ in his criteria for servant leaders.

Loren: Do our periodic constituency meetings provide as much accountability as we need?

Victor: Constituency meetings are largely political events in which we appoint people we trust to do the job we assign them, along with representatives of oversight to whom accountability is franchised. In our sessions the hoopla of personalities and conflict seems to overshadow the serious business of responsibility for our actions.

Sadly, many delegates glaze over when financial detail is presented at sessions. We have improved reporting on the application of our resources with fulsome, graphic presentations but we are miles from being specific about the outcome of these efforts. We are quite happy to declare how much seed we dump on ‘stony ground,’ without questioning whether we might have done a little more to prepare the soil, chosen more fertile fields, or question whether the seed scattered was appropriate and virile.

The place for detailed accountability is with the committee representatives we appoint, who sometimes relish the kudos of sitting at the top table without wanting the hard work that goes with it.

Loren: The questions of stakeholder lay persons are: How much can we trust our judicatory leaders with church money? Are the sacrificial gifts of our people sacredly respected?

Every treasurer—indeed, every worker—needs beacons of sacrifice like these etched on their soul.

Victor: We always have to balance the burden of suspicion against the risk of trust. The more we hold our people accountable from the local church business meeting, on up through conference, union and GC meetings, the more our trust will grow. Leaders must be trained both to do their job and to offer accountability. Most do their best, but many muddle through trying to stretch resources to meet the unrealistic demands that are placed upon them.

I have in my mind a little old lady, Miss Marsh, with a fur hat covering to her eye line, who naively suggested that our thirteenth Sabbath Offering goal should be reduced to create a larger overflow. I recall an abused mother for whom the choice was between returning tithe and paying the heating bill. I remember a nurse I talked to at the bus stop, who refused to buy a car until the church debt had been settled. Every treasurer—indeed, every worker—needs beacons of sacrifice like these etched on their soul.

I cannot speak for others, but providing fulsome financial accounts every month for the last 30 years to those assigned to supervise the work has been a privilege, and a personal sign of respect to the thousands who have exercised trust in us. 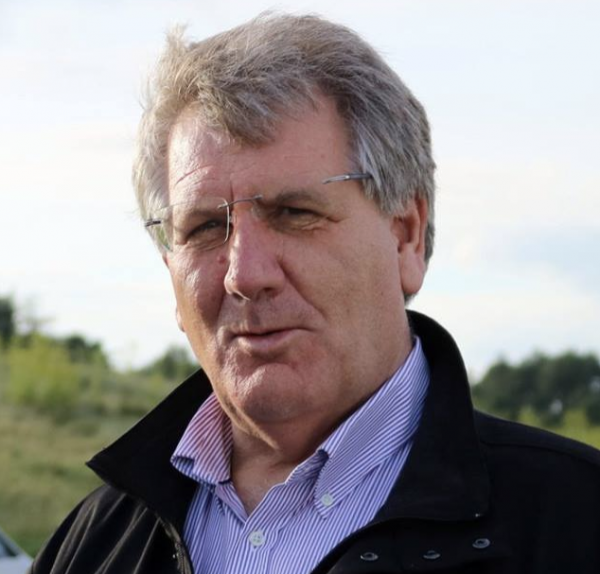 Victor Pilmoor trained as a math and science teacher before morphing into a church administrator, ultimately serving as British Union Treasurer for three terms. His reading and writing interests revolve around the development of trust as a spiritual discipline. He has engaged with Adventist social media for the last ten years under the absurd belief that those who ask difficult questions deserve an answer. In retirement years he is serving as publishing house CFO and a part-time grandad.