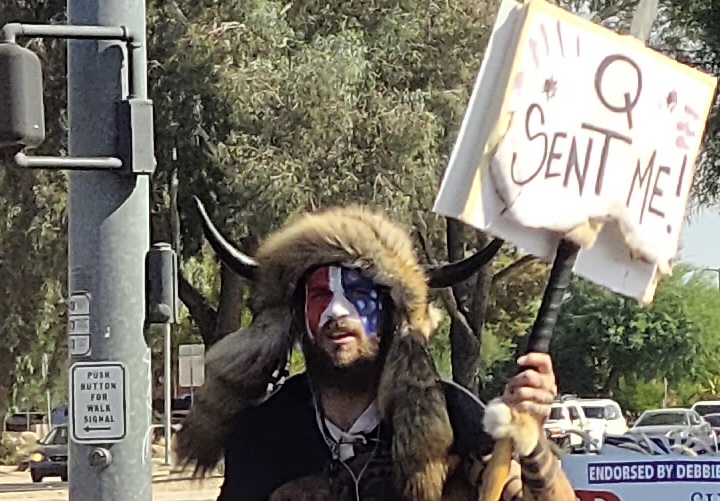 22 January 2021 | Yesterday, the Daily Beast news site referenced the Seventh-day Adventist Church in an article, citing it as evidence that disproven conspiracy theories would not necessarily be the end of the far-right QAnon movement.

QAnon followers were thrown into disarray when now-US President Joe Biden was sworn in at his inauguration this week. This contradicted the wide-spread QAnon prediction that Donald Trump would stay president and punish his enemies in the “deep state.”

Other QAnon beliefs include the claim a secret group of Satan-worshiping, cannibalistic pedophiles is running a global child sex-trafficking ring and plotting against Trump, who has been battling these evildoers.

Daily Beast writer Candida Moss said in her article that “if history has taught us anything it is that failed prophecies and frustrated predictions don’t always mark the beginning of the end for radical social movements.”

Referencing the Great Disappointment of 1844, when thousands were crushed after Jesus did not return to earth as they had expected, Moss references how early Adventists handled the non-appearance of Christ:

One group began to argue that they were only partly wrong. The prophecies weren’t about the Second Coming and end of the world but, rather, about the cleansing of a heavenly sanctuary. It wasn’t an earthly event, it was a heavenly one, and this explained why, to us mere humans, it might appear that nothing had happened. It was out of this group that the Seventh-day Adventist Church arose. Today the Seventh-day Adventist Church has between 20-25 million members. They are, according to Christianity Today, “the fifth largest Christian communion worldwide.”

Moss pointed to the size of the Adventist denomination saying that though “initial prophecies weren’t strictly accurate… the movements they generated pivoted and flourished.”

Read the original Daily Beast article, titled How a New Religion Could Rise From the Ashes of QAnon.