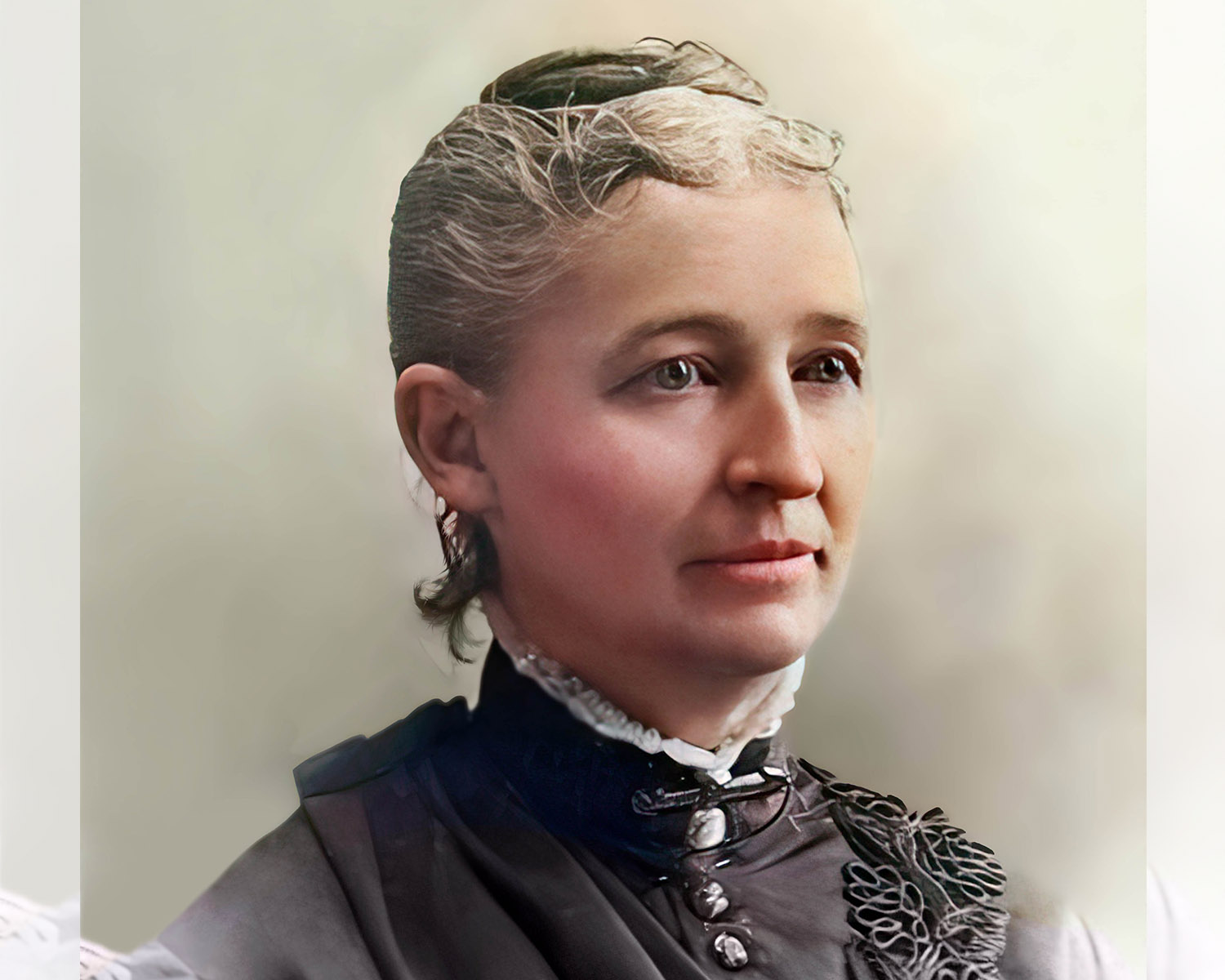 23 June 2022 | A recently discovered photo of Sarah Lindsey (1832-1914), the first woman licensed as a Seventh-day Adventist minister, was publicly shared for the first time by George R. Knight on June 19, 2022, during the opening meeting of the CALLED Pastors’ Family Convention in Lexington, Kentucky, U.S., reported the North American Division. It is the only known photo of her.

In a series of biographical sketches under the theme “We Stand on Their Shoulders,” Knight said that during a time of apostasy, ignominiously by Nathan Fuller, Sarah Lindsey became the “foremost preacher” in New York and western Pennsylvania “that rescued that conference.”

“Her husband was a talented preacher,” said Knight, “but she was more talented, and he had enough brains to know it. It takes a real man to let your wife outshine you in public.”

Sarah (nee Hallock) Lindsey was born on April 14, 1832, in Ulysses, Pennsylvania, U.S. She came from a staunch Seventh Day Baptist family and attended Alfred University from 1851-52.

In 1857, she was possibly baptized into the Adventist Church. By Dec. 11, 1857, Sarah Lindsey had sent her first note to the editor of the Review and Herald : “I feel grateful … that the light of his glorious gospel now illumines this once benighted heart of mine.”

By late 1859 she responded to a challenge to women “lacking in that heart consecration” and therefore reticent to preach. In early 1860 Sarah responded by asking the editor to resolve the biblical admonition whether it was right for women to keep silent in churches, while in other places the Bible encourages them to teach the Gospel.

By 1868 there are indications that she had begun a more active public ministry; she spent the next 30 years establishing churches across New York and Pennsylvania.

1871 and 1872 were especially notable for the Lindseys’ wide range of evangelistic meetings. The two frequently traveled together as a team, although Sarah Lindsey appears to have been the more visible preacher of the two. She sometimes gave funeral discourses, a role that one might expect for her husband.

On Oct. 5, 1871, during a series of evangelistic meetings at Beaver Dams, New York, she competed against a nearby Barnum and Bailey Circus for attention—and won. She reportedly drew larger crowds than the circus.

Her photograph was recently discovered in the George I. Butler Collection at Loma Linda University, with “Sister Lindsey” as the only identification.

Butler (1834-1918) was the president of the General Conference from 1871 to 1874 and again from 1880 to 1888; Loma Linda University has a family photograph album that contains mostly albumen prints of early Adventist church leaders and Butler’s family members.

By a careful process of elimination, a group of leading Adventist historians determined this photograph was of Sarah Lindsey and not of others with similar names. A “Sarah Lindsay” (with the surname spelled with an “a”) was rejected because another photo of her clearly revealed she was not the woman in this photograph.

The photograph dates to the late 1880s or early 1890s and appears to be of a woman of about 60 years of age. Two other Lindseys were then discounted, as during that time they would have been half that age or younger.

Additional genealogical research revealed that Butler had no other family members by that name either. Moreover, Butler would have known and interacted with the Lindseys as church president at various church meetings.

“May her thrilling career as our first licensed female minister inspire other women to follow her example.”

(Photo: This photo of Sarah Lindsey (1832-1914), the first woman licensed as a Seventh-day Adventist minister, was recently discovered in the George I. Butler Collection at Loma Linda University. Photo via the NAD website.)