Around the year 360, the Roman emperor Julian (a.k.a. “the Apostate”) wrote a missive known as “Letter 22,” directed to Arsacius, the pagan high priest of Galatia. In his efforts to reinstate Hellenistic polytheism as the official state religion, Julian reopened many temples, repealed privileges Constantine had given Christian—or, in Julian’s words, “Galilean”—leaders several decades earlier, and did his best to nudge pagan priests into upholding higher standards.

In this letter to Arsacius, Julian wrote,

Admonish [your priests] that no priest may enter a theatre or drink in a tavern or control any craft or trade that is base and not respectable. In every city establish frequent hostels in order that strangers may profit by our benevolence; I do not mean for our own people only, but for others also who are in need of money.

After explaining that he has called for large amounts of grain and wine to be distributed in Galatia, most of which is to be given to “strangers and beggars,” Julian gets to the core of the matter.

For it is disgraceful that, when no Jew ever has to beg, and the impious Galilaeans support not only their own poor but ours as well, all men see that our people lack aid from us.”

In other words: “This is really embarrassing. This rebellious band of upstarts from the middle of nowhere is taking care of people better than the mighty Roman Empire does. We’ve got to get our act together.”

In recent days I saw a Twitter thread from a pastor lamenting the damage Trump has done to the Christian witness. He meant, I believe, that it will be harder now for Christians to convince people that they’re kind and loving and generous, after so many American Christians have voiced their open, unflagging support for a leader who is anything but.

I have a nagging sense that Ph.D. dissertations will be written, if they haven’t already been written, on the topic of American Christianity’s support for Donald Trump. What led up to it. What fed into it. How it manifested, and where it led.

So let’s unpack only a small bit of that statement today—specifically the phrase, “the Christian witness.”

In the first place, I think the Christian witness is like a phone: It doesn’t look the same today as it did sixty years ago, or even ten years ago. We can argue all day over whether the changes are good, bad, a blessing, a nuisance, pointless, or dearly needed. But we can’t deny that there have been changes.

Two millennia ago, the issue of telling people about Christ’s life, death, and resurrection was a real one. The number of Christians in the world numbered in the dozens, then the hundreds, growing as slowly as ships sail and donkeys plod.

I could be wrong, but I don’t think that’s our main mission now. People know about Christianity. People know what Easter is. The story at the core of our faith is not niche knowledge, held only by a few.

Our mission has changed, and I think it has a lot to do with how tarnished Christianity’s image is. From the Crusades to modern Christian high schools’ naming their sports teams “the Crusaders,” Christianity has a long, bloody history of power-hungry intolerance. Ask anyone who has been wounded by Christians and Christianity, and they will tell you truths the Church has proven unwilling to hear, time and time again. We don’t cede power willingly. We don’t recognize our past sins easily. We cling to our institutions at the expense of the people they’re meant to serve. Sometimes I think the Great Commission (“Go, make disciples of all nations”) might be more bloodstained than any other text in history.

In the second place, I think evangelism is a lot more ethically fraught than we care to stop and think about. When I was in college, I volunteered to pause my classes and be a student missionary for a year. Even as a very naive twenty-year-old, I immediately realized that the easiest “marks” for my evangelistic efforts were the people on the margins of society. Single moms. Lonely people. Folks who didn’t feel like they fit in, for whatever reason.

And I realize … “Oh, no. My work as a missionary was not as ethical as it should have been.”

Ethical outreach does not believe it knows better than the people it serves; it partners with them to help them reach the goals they set.

Ethical outreach seeks to empower people and build them up, not cut them off from their family or culture.

Ethical outreach is especially attentive to power differentials, and doesn’t use them to its advantage.

What might this look like? It might look like doing good without the branding of Christianity. It might look like volunteering at the soup kitchen without getting photos for the church website. It might look like asking gay Christians what kind of support they need from their church families, rather than deciding for them and being surprised when they’re not on board with your prescriptions. It might look like using spring break to teach your kids about the deadly legacy of colonialism, rather than sending them to Mexico to build a church without any historical context for the things they will see there.

Do good quietly. Do good in secret. Nurture a quieter, gentler, humbler faith. Become an unstoppable force of justice and restoration. And by doing that … you might be showing the Christian witness in the most powerful way possible. 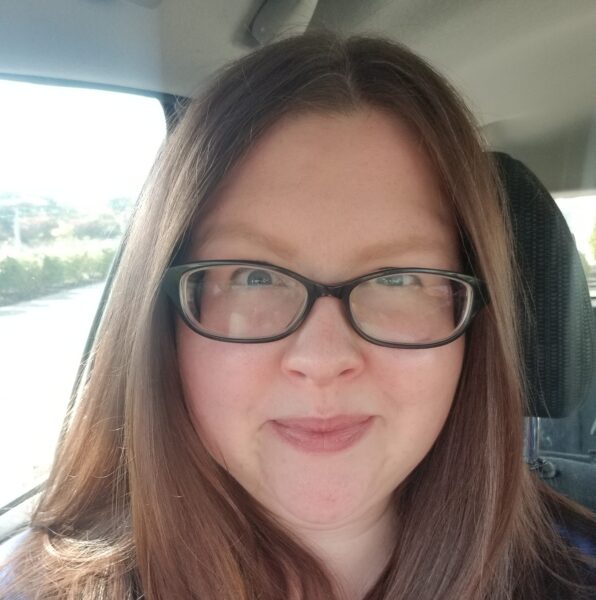 Rebecca Brothers is a Tennessee-based librarian who writes at the intersections of faith, gender, sexuality, politics, and weight. She has published pieces in Our Bible App, Earth & Altar, Cirque, How to Pack for Church Camp, Spectrum, and The Gadfly, and she is a regular contributor at the Sundial Writers’ Corner. In her spare time, she does carpentry work around her tiny farm and tries to keep her poultry out of trouble.