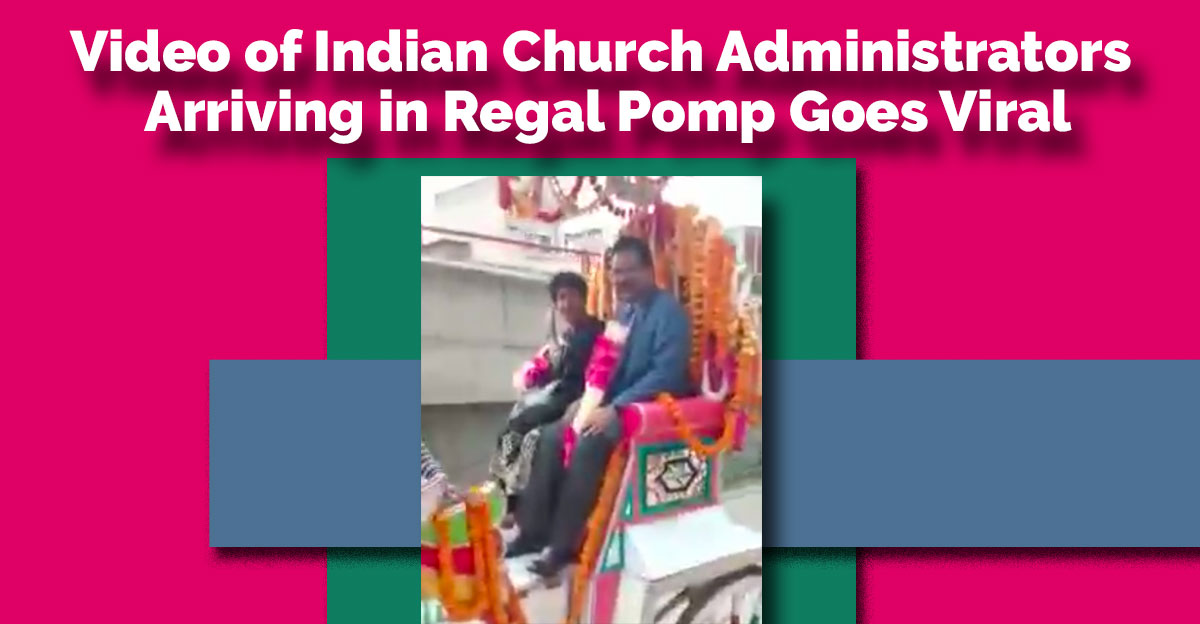 A post of Indian church administrators arriving home after their successful reelection at the General Conference Session was recently posted on the Seventh-Day Adventists of Southern Asia Division (SUD) Facebook page, where it has been seen over 15,000 times. It has again raised concern about the leadership in this large mission field of the church.

Along with the manner of the arrival, some were concerned with specific Hindu customs displayed, such as the prominent dancers and drummers. Another pointed out that the swirling of the money above the recipient at 2:05 is a Hindu ceremony for purification.

The gods of Seventh-Day Adventist have arrived, because the laymen are either sleeping or the laymen are simply enabling such ludicrous behavior. Why do we worship these arrogant SDA leaders? We claim ourselves as a remnant church with the ultimate truth, but I beg to differ because there is no humility in this act. Don’t tell me this is our culture. This is simply Adventist cronyism.

Wrote Alex Samuel in a note to AT, “The people who organize this pomp and show are trying to find favor in the sight of [President] Lakra to quickly climb up the ladder.”

There were no approving responses from the commenters.

Some were concerned with the use of money in a field that has a reputation for closing churches, selling property out from under churches and schools, and depriving low-level pastors and teachers of their pay for months at a time.

Numbers of churches have closed, and schools are not able to pay a salary to employees. But you people are doing this.

Very sad to see all this happen. Misusing power and church money.

So sad, Pr. Lakra. You should discourage such activities. Send emails to all your leaders down the line to stop all such activities. It has spread in to Unions, Sections, Regions, Conferences and several churches adopting this vain and ungodly practice in the name of welcoming newly elected leaders

When Christ entered Jerusalem, he had asked that a donkey be brought for Him to ride on.… These leaders want to outdo Christ’s entry into Jerusalem!

The GC president gets a similar reception and he loves it.

India is officially a Hindu country, and the small Christian minority are understandably concerned about guarding the edges of their faith from idolatry and caste:

When some pastor in Bidar garlanded the photo of some Hindu god, he was disqualified from election to high office. Here leaders who know the living God are taking his place. Utter shame. We have forgotten our ancestry.

Are they really Seventh-day Adventists? The way money was given to the cart drivers and to the men who play those noisy instruments looks very Hinduism-oriented behavior.

It is like welcoming a Hindu priest or a holy sadhu. Coming in chariots and garlanded with flowers is Hindu practice. He should have worn a saffron suit to match the style of reception.

It is widely believed among church members in the SUD that some top church leaders are guilty of corruption with church money. (Some of these allegations have been reported in Adventist Today.) Several commenters made note of this reputation:

These Indian church leaders have got more than enough money to pay for these horse drawn carriages plus the dancers and musicians, with pagan customs such as swirling currency over the heads of those who drove them. Yet they pretend not to have a little “paisa” to offer to the low class workers. And this you call “religious people,” men and women of God?

The worst part is that no action will be taken against them. The leadership of the Adventist community is corrupted…

Some of them are above 65 years old, and finding it difficult to get down from the chariot. They should plan to retire.

An email to Elder Lakra for comment received no response.