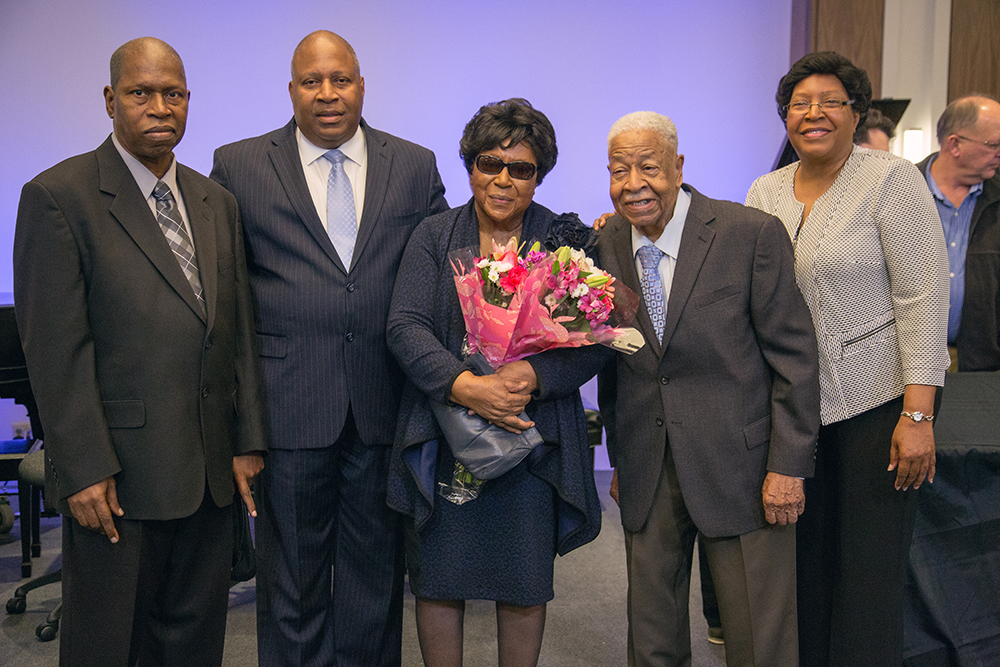 A press release from NAD News:

Charles E. Bradford, first president of the Seventh-day Adventist Church in North America (NAD), passed away on Thursday, September 9, 2021, in Huntsville, Alabama. He was 96.

During a special interview with Bradford and his wife, Ethel, at the 2017 NAD Year-End Meeting, Bradford, who started his ministry in the 1940s as a pastor, spoke passionately about the local church. He said, “Everything is contained in the small little egg of the [local] church. Love those people, respect them, know how to talk to them!” Bradford added, “Don’t think the early church was perfect … The church is made up of human individuals. But God is working with us.”

“Elder Bradford was a spiritual giant among us. The impact of his legacy and ministry can never be fully measured or ascertained. It continues in the lives of generations of leaders, pastors, and members who have been influenced and inspired by his life,” said G. Alexander Bryant, current NAD president. “He always encouraged us to excel in our God-given talents and assignments.”

Bryant added, “Elder Bradford had a rare collection of passion, grace, power, and humility. He made an incalculable impact on our lives, on our church, and on our world. Indeed, a prince of Israel has passed away, but his legacy lives on.”

Ron Smith, president of the Southern Union Conference, said, “It is with a sense of deep grief and sadness that we experience the loss of one of the outstanding Seventh-day Adventist leaders of all time. Elder Charles Bradford, a pioneer, consummate preacher, conference president, division president, and chair of multiple institutional boards, leaves an enormous vacancy and gigantic hole in the hearts of myriads of clergy and Christians within and without the Seventh-day Adventist denomination.”

“We will miss him and will continually intercede for his dear wife, Ethel, adult children, and members of his family. Our prayer will also embrace the millions of grieving Adventists around the globe,” said Smith.

Bradford, a graduate from Oakwood University, was awarded a doctor of divinity degree from Andrews University. He is the author of several books, including The King Is In Residence and Sabbath Roots: The African Connection.

Image: At the 2017 North American Division Year-End Meeting, Charles and Ethel Bradford pose for a photo with their family during a special moment recognizing Bradford’s years of dedicated service to the church. Photo by Pieter Damsteegt