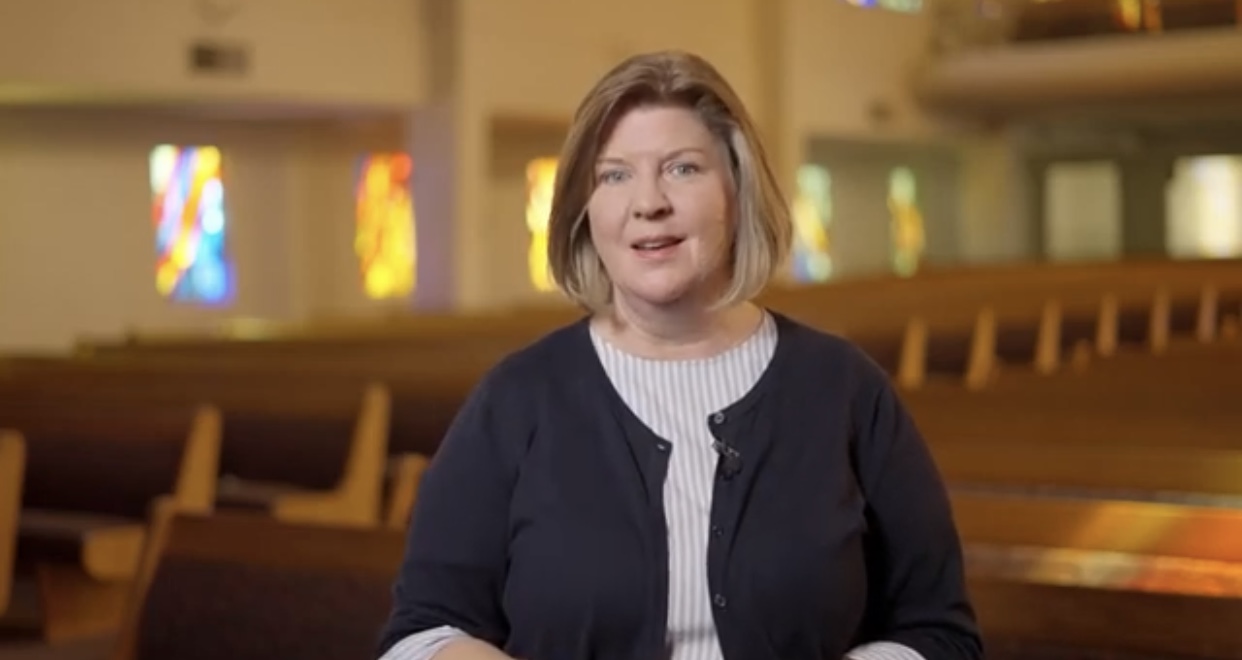 13 September 2021  |  La Sierra University Church released a video announcement late last week from lead pastor Chris Oberg, announcing her intention to step away from her role at the congregation. Her last day in the role is November 1.

“This is among the most difficult decisions in my journey and it’s not come on overnight, yet I do have clarity,” said Oberg, who has served in her role at the congregation since 2009.

The lead pastor said she felt drawn “toward the chaos… of our housing and homeless crisis in our neighborhoods.”

In the announcement, Oberg said she was particularly interested in the “social and ethical and communal responsibilities” of communities of faith in dealing with issues of “wellness equity.”

Oberg referenced a sermon from “about 2004” in which she stressed the importance of “backyard missions.” She emphasized the need to focus on mission “next door.”

“I have grown,” said Oberg, adding, “This, by the way, is what happens if we keep the Bible open and we listen for the Spirit and we follow Jesus.”

Anticipating questions about her departure, Oberg said, “I’m not leaving church, by the way.”

She said she and her scientist husband, Kerby Oberg, would “lay low” for a while but that they were not leaving La Sierra. She asked rhetorically where else the two of them could go: “a scientist and a pastor.”

Oberg said she was not leaving for a new role right away but said she was “stepping away to discern,” and she expected this discernment to take a few months.

“I’m not able to be your pastor at this pace and also discern what’s next,” said Oberg. “Turns out multitasking is a manufactured superpower.”

Oberg said she had “tremendous confidence” in her pastoral staff colleagues and their ability to help smooth the transition to new leadership.

“With deep trust and affection I can say, ‘You’re safe,’” said Oberg.