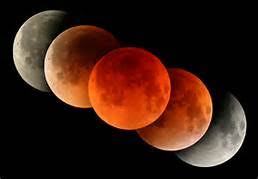 By Tysan, 3 August 2018  |  Last Friday night (July 27) the “blood moon” eclipse lasted nearly four hours. It was not visible in North America or Europe, but could not be missed in much of Africa, the Middle East, southern Asia and the Indian Ocean region.

In the small town in Tanzania where an Adventist Today correspondent was located, groups of people waited in keen anticipation for the event, demonstrating how important the event was. Though many were not well informed about it, a number knew about it and talked about it.

“According to media, it was a historic event,” a man named Emanuel waited until it was visible. “Why would I miss it?” he asked.

Because the total lunar eclipse occurred on the same day the planet Mars reached its opposition and its closest to Earth in more than a decade, some around the world predicted the end of the world with the two planets colliding.

Some of Adventists saw the eclipse as a warning to the world. Marwa Mwita, an Adventist in the town of Tarime, told me that God has many ways to warn the Earth. “This might be one of them, and indeed it is.”

African church members had a number of different opinions about the “blood moon” eclipse, but all were connected to spiritual perceptions. The most common views that I have heard in conversations is a call to every believer to be involved in soul winning and a call to non-believers to embrace faith in Christ and be assured of safety when the end comes.

An earlier blood moon eclipse in 2015 was promoted by some American Christian leaders as an apocalyptic event.

Tysan is a correspondent for Adventist Today in central Africa. If you wish to correspond with him, send email to atoday@atoday.org and include his name in the subject line.