Blessed Are the Peacemakers: An Opinion Piece by an Adventist Union Conference President

By Ricardo Graham, August 17, 2017:      A young woman is dead in Charlottesville, Virginia. Her name is Heather Heyer. She was killed while protesting against a gross corruption of the American vision. She was protesting against hatred, against the idea that America belongs to one race, the white race, and one religion, the Christian religion.

Seventh-day Adventists everywhere mourn her death, while applauding her courage and convictions. That same day, a young black man, Deandre Harris, was beaten to within inches of death by a group of white supremacists wielding poles. The beating was captured by a photographer, whose image went viral.

Heyer’s final Facebook post read: “If you’re not outraged, you’re not paying attention.” I agree. There is a cancer growing in our land. And I can assure you it is not the spirit of Jesus Christ that divides people by race, that foments hatred and violence, that builds walls.

In churches throughout our land, our children learn a simple song: “Red and yellow, black and white, all are precious in His sight.” This song captures the spirit not only of the gospel of Jesus Christ but of what has made America truly great. Abraham Lincoln invoked this spirit when he described what our founding fathers had done as creating a nation “dedicated to the proposition that all men are created equal.” Today, I would add women.

America is a land of free speech, but that doesn’t mean we can’t condemn racist and intolerant speech that attacks Jews and Blacks. Christians owe an enormous debt to Jews for the gift of the Scriptures and even for our Messiah, Jesus. There is no place for anti-Semitism in the heart of a Christian.

In the dark days of the depression, America’s folk singer Woody Guthrie penned a famous anthem declaring, “This land belongs to you and me.” From California to the New York Island, this land is your land, this land is my land.

Growing up in 1960s Detroit, racial unrest is far from foreign to me. But never could I have imagined that 50 years later not only would our racial wounds have not healed, but they have further deteriorated in many ways. As a Christian leader, I now call first on all who name the name of Christ, but who have been nurturing the spirit of division, to repent. If you are indulging the spirit of racial division, the spirit of anti-Semitism, you must repent. There simply is no place for hatred among followers of Christ. No place for racism or intolerance.

I call on Americans everywhere to stop remaining silent in the face of an ideology that proclaims our nation belongs to some, but not to all. Silence in the face of evil is sin. By voice and deed, do all in your power to be a peacemaker, to build bridges not walls, to reach out your arm and bring people in instead of excluding them. 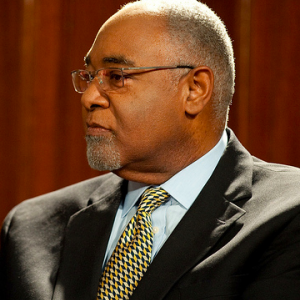 Dr. Richardo Graham, is president of the Pacific Union Conference of the Seventh-day Adventist denomination.

Innovators: When Buford Church says “Family,” They Mean It The Solar Eclipse, Frustrated Adventists and Why Jesus Still Hasn’t Returned