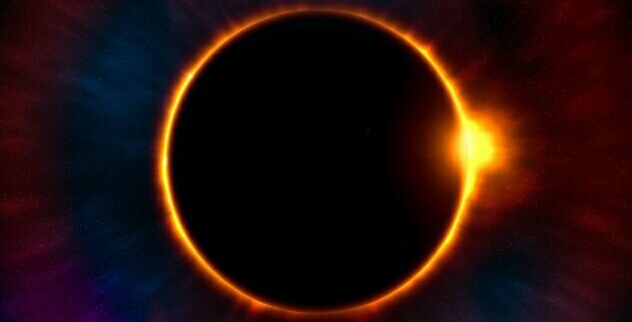 August 17, 2017:   With the August 21 solar eclipse soon upon us, Adventist Today reached out to Dr. Mart de Groot, former director of the Armagh Observatory in Northern Ireland, for his comments on the rare phenomenon.

The astronomer, who also is a retired Adventist pastor, explained that the eclipse will be visible along a relatively narrow path from Oregon to South Carolina. People outside the zone of totality will see only a partial eclipse.

He said that eclipses, especially those of the Sun, are “opportunities for astronomers to study the Sun’s outer atmosphere, the corona, which is much hotter than the Sun’s surface but much more tenuous and lost in the brilliant sunlight outside eclipse.”

He advised that those viewing the eclipse take care to protect their eyes with very dark filters such as welding glasses.

Older Adventists may draw some parallels between the August 21 eclipse and what is referred to in Adventist theology as the Dark Day.

On May 19, 1780 an event involving an unusual darkening of the day sky was seen over the New England states and parts of Canada.

Adventist historical theologian Woodrow Whidden told Adventist Today that the Dark Day was “seen as a sign by the rising Adventist movement that the coming of Christ was near.”

Early Adventists felt that the Dark Day was a fulfillment of Jesus’ prophecy in Matthew 24:29 (KJV): “Immediately after the tribulation of those days shall the sun be darkened, and the moon shall not give her light, and the stars shall fall from heaven, and the powers of the heavens shall be shaken…”

Whidden said that the Adventist view of the Second Coming of Christ has evolved over time and that the denomination feels a “quiet frustration” that it has not yet taken place.

“We’ve reached the end of the line of the great time prophecies,” said Whidden. He pointed to the Great Disappointment of October 22, 1844 when Jesus did not return to Earth as the Millerites predicted.

Seventh-day Adventists later interpreted 1844 as a heavenly event that heralded a soon Second Coming. However, Whidden said that even the significance of this date is “receding from the Adventist imagination.”

Whidden paraphrased Adventist sentiment about the Second Coming in the form of a question: “Why don’t you hurry up and do it, Jesus?”

He said that the only explanation he could find for Christ’s failure to return was “God’s long-suffering patience” with humans.