ATSS: Gil Valentine “Coping (or Not) with Change, & The Rise of Neo-Adventism” 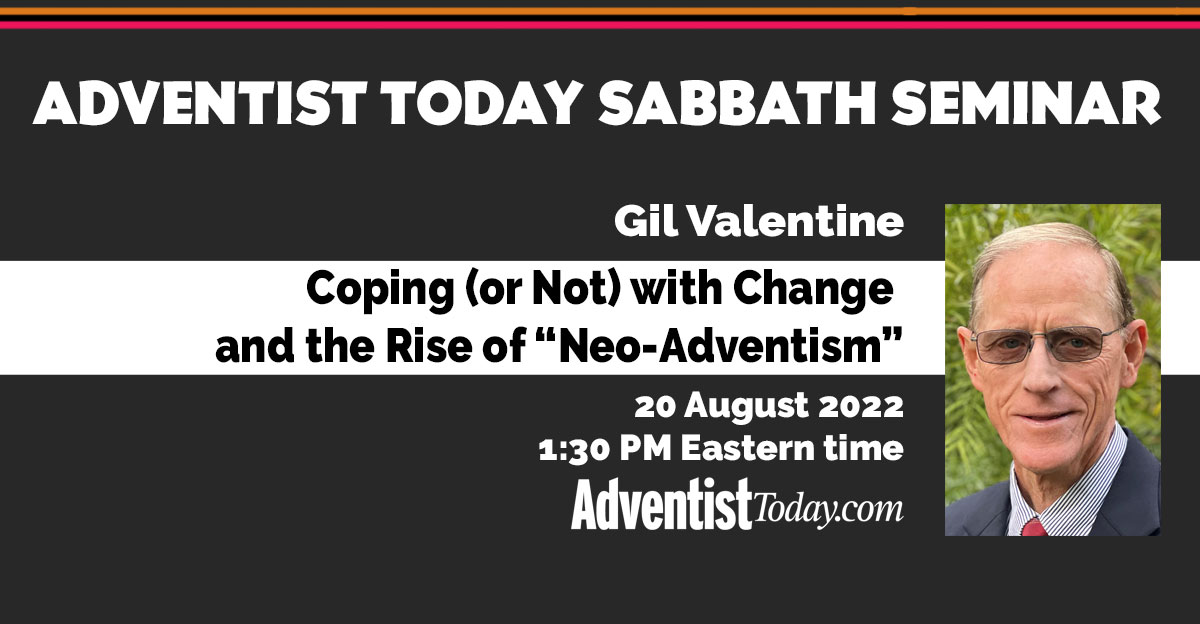 This Sabbath Dr. Gil Valentine will present on some of the themes of his recent book, Ostriches and Canaries, and we will discuss the problem of coping with change.

All during the 1960s unprecedented waves of turbulent social change had washed over North America and rippled around the world. The waves surged through Adventism, eroding away at the edges of past practices and inevitably changing the shorelines of the church in various ways. Exacerbating the social upheavals, there also swirled through society and the church fast-paced technological developments in the computing world and in communications. This created an even greater sense of uncertainty and discombobulation. How could the church cope with such fast-paced alarming change? It was tempting to bury one’s head.

Elder Robert Pierson, elected to the General Conference presidency in June 1966 after twenty-five years of service outside of America in the mission field, experienced both culture shock and future shock as he took up his duties in Washington, DC. What he saw around him was overwhelming evidence of unsettling change. He interpreted much of it as “creeping liberalism.” Change there had been indeed. By 1945 all the undergraduate colleges had been accredited and there were now many more teachers with graduate degrees and the numbers were still increasing. And they were teaching students critical thinking skills.

The church under Pierson’s immediate predecessor, Reuben Figuhr, had launched two new universities, and the seminary and graduate school had been moved to the Berrien Springs campus, aligning them with the university culture and environment. In local churches, the denominational leaders began to encounter a new kind of Adventist: “intellectuals” who asked questions and demanded a voice in church affairs. There was much talk about the role of the “laity.” Compounding the difficulties confronting the church and its leaders was the exploding amount of knowledge being created in the mid-twentieth century. New facts and new information in a wide array of disciplines challenged some traditional Adventist teachings.

New theological ideas such as the new views on the heavenly sanctuary taught by Edward Heppenstall and the new approach to teaching the New Testament that included exposure of students to “the Synoptic problem” deeply unsettled Pierson and his colleagues in leadership. The idea that the age of the earth might be more than 6,000 years old or that some other apostle or New Testament writer may have authored the letter to the Hebrews sounded like undisguised heresy. Had not Ellen White spoken and made all that clear? Wasn’t her authority final and sufficient?

All this troubled Elder Pierson. Could it not be stopped? The fundamentalist church that he knew from childhood and to which he had recommitted himself in his late teens needed to be preserved—not only its lifestyle standards but also its theology. Church leaders needed to step on the brakes.

He did. Elder Pierson set about battening down the hatches against the fierce winds of “liberalism” threatening to swamp the church. He secured control of the Bible Research Committee, reappointed staff at the GeoScience Research Institute, and pressured Hammill to clean out problem teachers from the Seminary. It was an unsettled period, to say the least.

Gilbert M Valentine, PhD., recently retired, continues as an adjunct professor in the H. M. S. Richards Divinity School at La Sierra University, California, USA. His most recent work, Ostriches and Canaries: Coping with Change in Adventism 1966-1979, has been applauded as astonishing in its detail and comprehensiveness and as “a gift to the Advent Movement for all time.”

Dan Jett is a retired attorney from the Sacramento area of California.

This presentation is over. Watch it here.

The class is intended to last about 2 hours, though the conversation often continues to 4 PM (Eastern time). 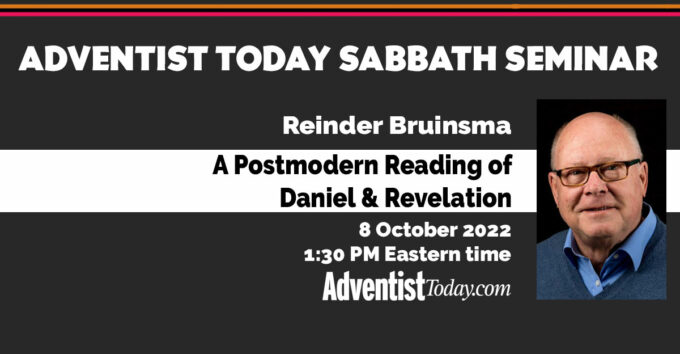 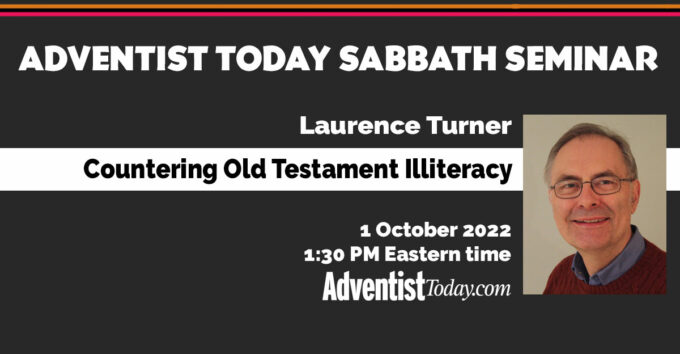