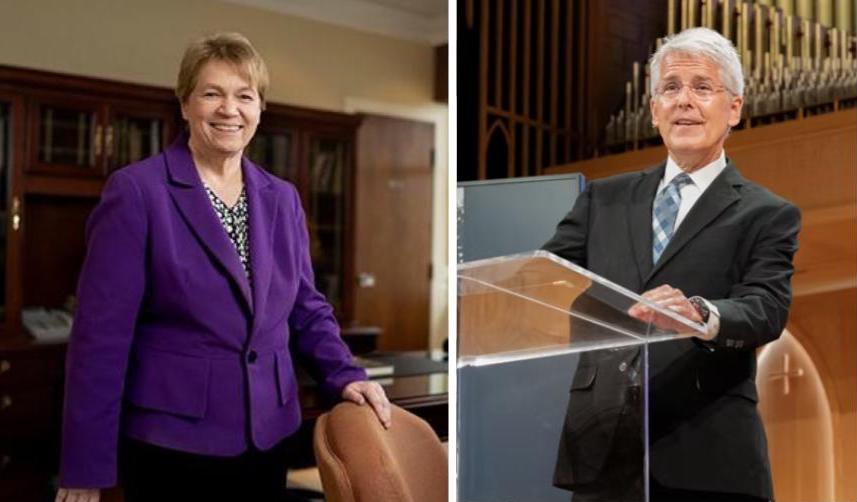 17 August 2022 | Pioneer Memorial Church lead pastor Dwight K. Nelson announced plans to step down from his position, effective June 1, 2023, according to an article on the church’s website.

Pioneer Memorial Church (PMC) sits on the campus of Andrews University, the flagship educational institution of the Seventh-day Adventist Church, in Michigan, U.S. Nelson began his ministry at the campus church 39 years ago on June 1, 1983.

“The time has come to begin making the carefully laid plans that are necessary to turn this congregation over to a new leader, a younger leader,” said Nelson in his announcement during the Aug. 13, 2022, church service.

Nelson said that back in May 2022 he told Michigan Conference president Jim Micheff about his plans to transition out of his role as lead pastor. Nelson said he will not be involved in the search for the next spiritual leader.

Before serving at PMC, Nelson pastored for 10 years in Oregon. He preaches on the “New Perceptions” telecast, teaches at the Seventh-day Theological Seminary, and has written several books, including The Chosen. He is also remembered for being the key speaker of NET ’98, hailed at the time as “the largest evangelistic event ever undertaken by a Christian church” by Ministry magazine.

The news of Nelson’s departure follows the May 2022 announcement that Andrea Luxton, president of Andrews University, will be retiring, also effective June 2023.

During her presidency, Luxton dealt with the student-inspired #ItIsTime movement, which asked the University to effectively understand and respond to a challenging history of institutional racism. A number of transformative steps on the Andrews campus then followed, including creation and hiring of the University’s first cabinet-level Vice President for Diversity & Inclusion (now titled University Culture & Inclusion) position.

Before you go… AT can only publish its unique brand of accessible, independent journalism because of your support. The August 12-21, 2022, AT Spring Fundraiser is ON.