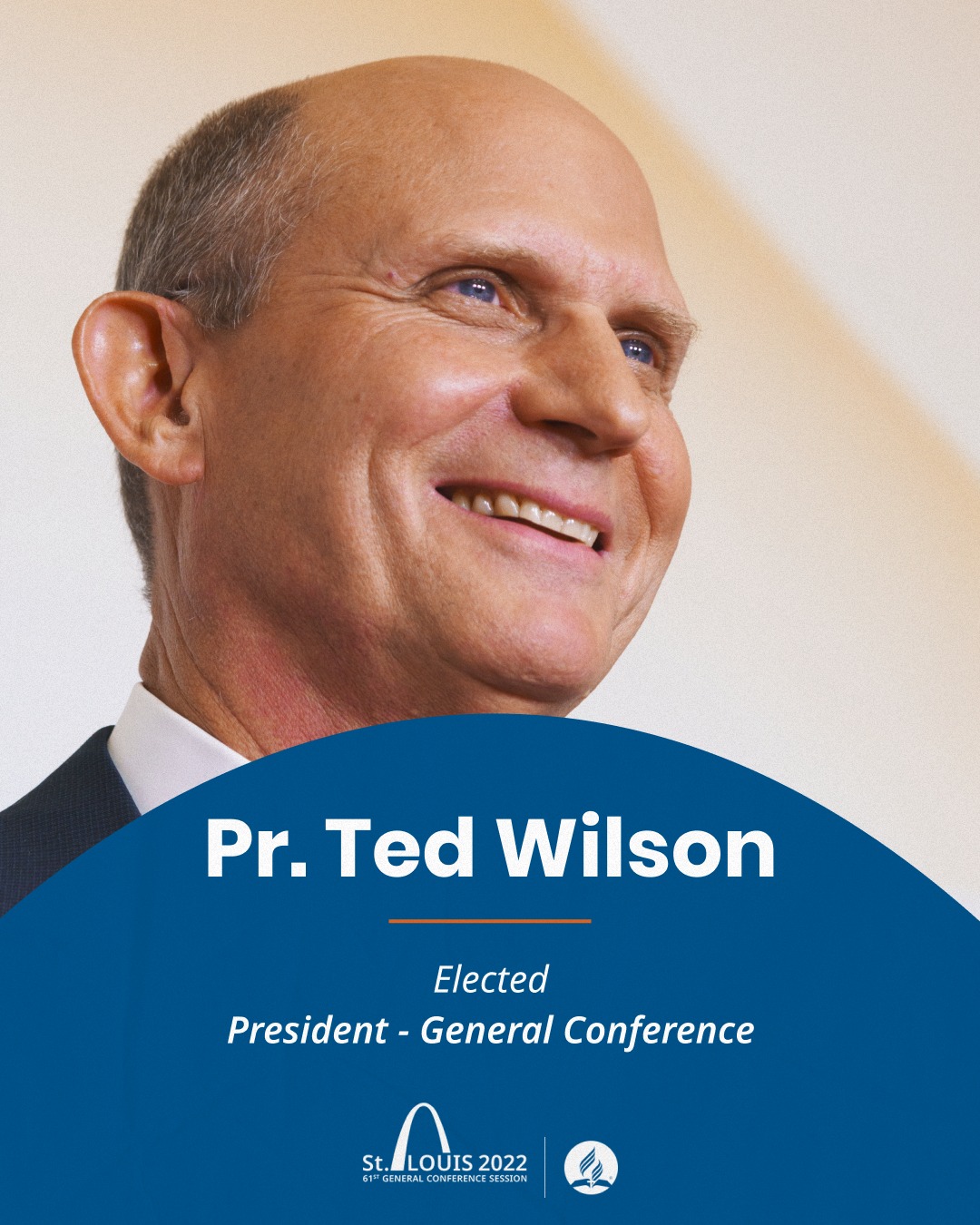 
Reaction on social media to the news of Wilson’s presidency was varied. Many commenters followed the train of thought that Wilson’s appointment was the will of God.

However, Twitter user Jeff Carlson said, “God let Israel choose Saul—not everything that happens is therefore God’s will automatically,” on a post about the topic.

Before Monday night’s vote, many in the church had speculated that Erton Köhler, the GC Executive Secretary, had a shot at becoming the next president. Köhler is the former president of the South American Division which has seen an increase in its influence, due in part to its rising institutions and major media operation. The division also has significant voting power due to its large Adventist population.

But during the final minutes of Monday night’s business session, Wilson’s leadership was established for the next three years, until the next General Conference session scheduled for 2025. There was no discussion. Currently, Wilson has been in the Adventist Church’s top leadership position for 12 years.

In addition to dealing with the global pandemic, Wilson also has handled his share of controversy. During Wilson’s tenure, a contentious vote on women’s ordination was held at the last General Conference session in 2015. Wilson is widely known as being an opponent of women’s ordination, and the vote followed in the spirit of his opinion, with the majority of delegates voting against allowing world regions to decide whether to ordain women as pastors.

This year’s vote revealed Wilson is still popular among delegates, and the worldwide church. Many, many people on social media expressed congratulations, said they would be praying for him and thanked God that he was re-elected.

But amidst all the congratulations, there was still concern.

“This is not a sign of great vitality for a worldwide Church to elect the same individual for the third mandate in a row,” said Facebook user Erwan Le Floch on a post about the re-election. “A Church that can’t reflect its huge membership in the Southern hemisphere, its youth, and its major proportion of women is an indication that something isn’t functioning well.”

Wilson has served the Seventh-day Adventist Church in a variety of roles for nearly 50 years. He began as a pastor in the Greater New York Conference in 1974, and quickly moved into administrative and foreign service roles. He was elected as a General Conference vice president in 2000. Wilson was first elected as president in 2010.

(Photo: Ted N.C. Wilson was re-elected as the president of the General Conference of Seventh-day Adventists, the denomination’s highest governing body. This will be Wilson’s third term; he was first elected as president in 2010. Photo via Adventist Church’s Facebook page.)