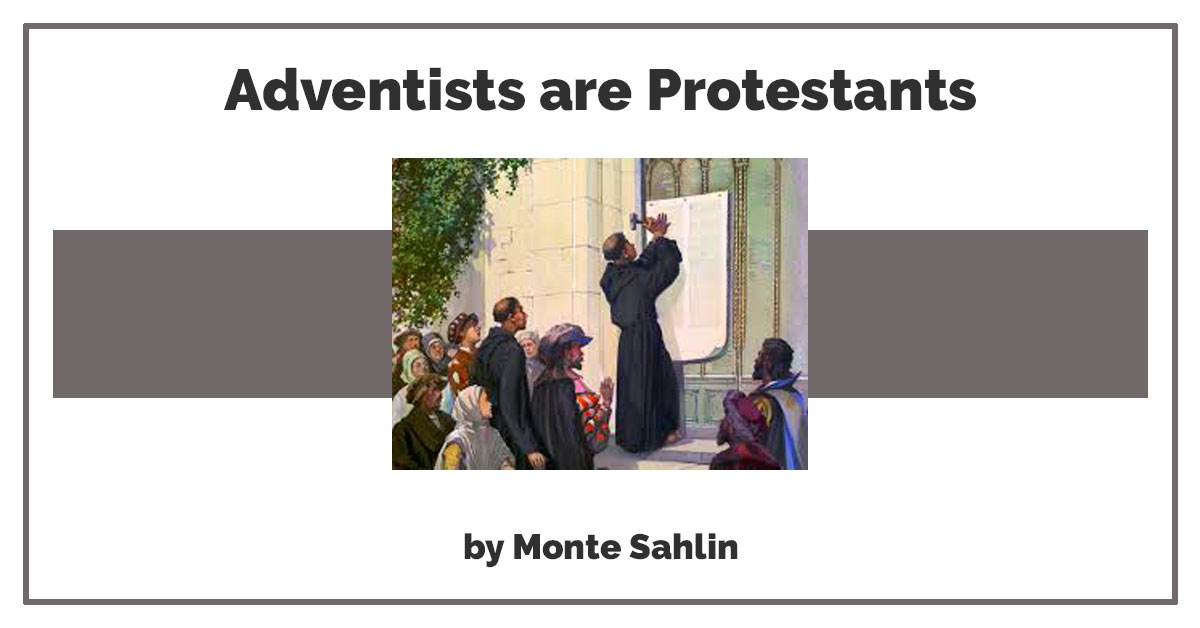 By Monte Sahlin, October 31, 2017:       Today is 500 years since Martin Luther, a university theology professor, started the Protestant Reformation by nailing 95 debate questions to the church door in Wittenberg, Germany. The Christian faith has never been the same.

It was then a monolithic religion ruled over by a pope in Rome in the Medieval manner, before democracy, before the printing press, and before all modern ideas that were to remake the world in the last five centuries. Christianity today has perhaps 5,000 or 10,000 denominations (no one really knows) and a growing number of independent congregations as even the denomination becomes a structure no longer preferred by a growing number among new generations of believers.

Luther made the Christian faith to be about theology; truth, doctrine and how to interpret the Bible. And the Adventist faith, emerging in the 1840s and 1850s, embraced that focus with vigor. I grew up with most adults referring to the Adventist denomination as simply “the truth.” There are still Adventists who make their understanding of doctrine a higher priority than how they live.

There should be no question that Adventists are Protestants. Many initiatives have occurred this year as Adventists have joined in the 500th Anniversary activities. This month’s issue of Ministry, the denomination’s official journal for clergy focuses on the Reformation. It republished Pastor Morris Venden’s landmark article “95 Theses on Righteousness by Faith” from 1986. A special issue of Signs of the Times concisely retells the story of the Lutheran Reformation from early sources with a summary of the key points on the back cover: Scripture alone. Grace alone. Faith alone. Christ alone. To God be the glory.

Two books by Adventist scholars, each emphasizing the theme of how the Adventist movement continues the Protestant Reformation, were published by Pacific Press in recent months: Here We Stand: Luther, the Reformation, and Seventh-day Adventism by Michael W. Campbell and Nikolaus Satelmajer and Reformation and the Remnant by Nicholas P. Miller.

Aside from the small numbers engaged in obscure thinking noted above, the major conflict between the Seventh-day Adventist faith and that of most (not all) other Protestants is rooted in the ugly reality noted in an article in last week’s issue (October 25) of Christian Century, a venerable Protestant journal in the United States: “Telling the Truth About the Reformer and the Jews: On Luther and His Lies.”

Adventists have embraced the Jewishness of Jesus and the Jewish roots of the Christian faith in a way that most other Protestants have not. This centers in the Sabbath, but it is not entirely limited to that spiritual practice. Ultimately Protestants are afraid to let go the Sunday tradition and its ugly underpinning of anti-Semitism, and Adventists cannot help but continuing to bludgeon them with “truth” which makes it even more difficult to consider change. All of this in a context in which more and more traditional Protestant churches have worship on both Saturday and Sunday to facilitate individual choice and a growing number of Christian authors and speakers with no Adventist background confess that they privately keep the Sabbath with their families.

Adventists are Protestants. At least, most of them are. We can celebrate the courage and spiritual discernment of Martin Luther this week, knowing that he was not perfect. We can hold up our heads and be counted among our sisters and brothers with whom we may disagree on some points; we are Christians, we are Protestants, we are Adventists. We are all children of a God who is (thankfully!) merciful and gracious above all.

It is God’s grace that is the central point of the Reformation. Jesus Christ came to demonstrate that grace, to embody it, to act it out. If in our pursuit of truth we forget about grace, then the truth is damaged and becomes useless, perhaps even toxic.

Monte Sahlin is an ordained minister in the Adventist Church who retired after 45 years of service at all levels of the denomination. He is currently CEO of Adventist Today.