Over 100 people attended the first event, a Commemorative Lectureship presented by David Neff, the former editor-in-chief of Christianity Today. The event was co-sponsored by AT and Loma Linda University’s Humanities Program. It took place in the Damazo Amphitheater located on the LLU campus in the Centennial Complex. 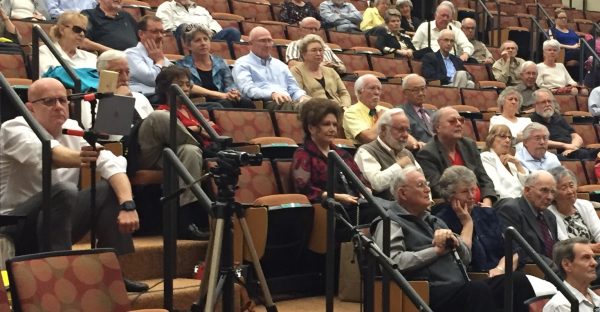 AT family in the Damazo Amphitheater

Neff presented on The Role of Independent Journalism in a Faith Community. Drawing on his extensive experience at the helm of Christianity Today, Neff spoke about the need for independent journalism that could provide objective reporting on events and hold leaders accountable in faith communities. He stressed that independent publications can help create community for those advocating for change in a way that tells readers “you are not alone and your voice can make an impact.”

Neff, a former Adventist, said that like science, journalism helps us move toward truth and, as such, is very important in faith communities. He emphasized the need for journalists to be fair to faith leaders while doing their reporting with a realistic suspicion of human nature and of what unchecked power will do. 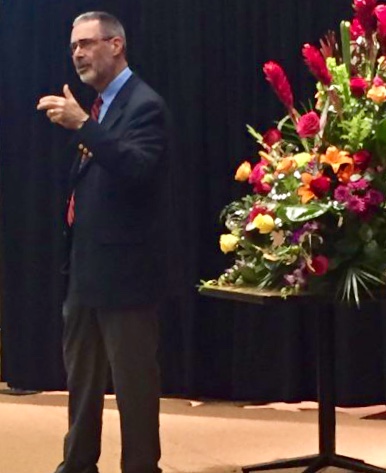 AT Executive Editor, Loren Seibold led a question and answer session after Neff’s presentation. The audience posed several questions to Neff on topics ranging from women’s ordination in Adventism to ideas for engaging conservative Adventists through AT, to how Neff viewed the growing political alignment of the larger Evangelical community. 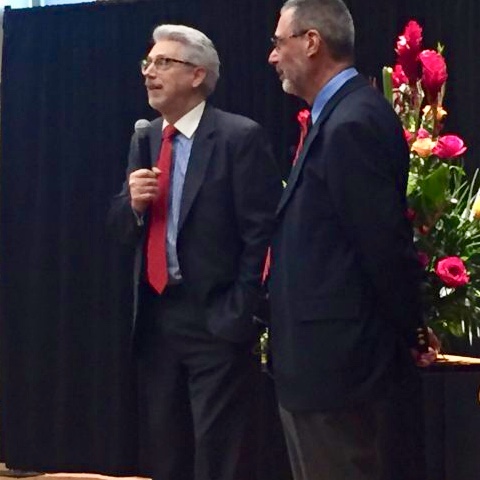 The afternoon’s lecture was followed by a 6 p.m. Quadranscentennial Banquet held at Loma Linda-based Najwa’s Mediterranean Cuisine. A crowd of about 80 AT editorial staff, members and friends spent the evening celebrating the history of the publication and looking to future plans of expansion.

Jim Walters, the founding associate editor of AT, spoke to guests about the early days of the publication and the founders’ desire to create a popular independent journal that reported church news and discussed big concerns in Adventist theology, history and practice. 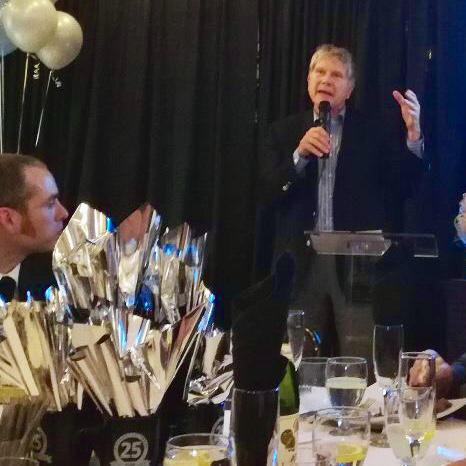 Jim Walters shares stories from the beginnings of AT.

Loren Seibold presented on the growing diversity of writers contributing to both web and print versions of AT. Seibold has recruited writers from across the Adventist world with a special emphasis on younger and more culturally diverse writers to help appeal to a younger and more international readership. Seibold stressed that the success of AT is, in large part, due to the leadership of CEO Monte Sahlin who was unable to be present for the event. 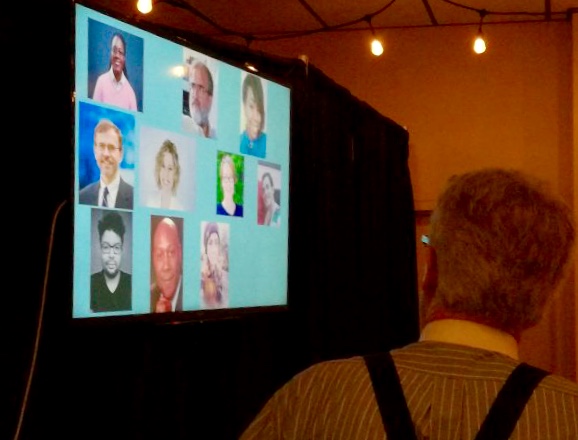 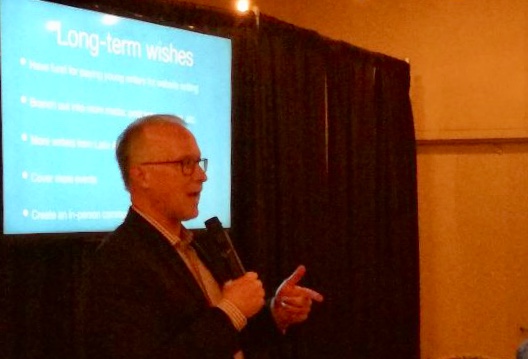 Paul Richardson looks to the future of Adventist Today.

Toward the end of the evening Richardson was joined by AT News Editor, Bjorn Karlman and the duo invited guests to help cement the future of AT through charitable contributions. Richardson and Karlman shared that future plans for AT included international correspondents in fast-growing parts of the Adventist world like Africa and Latin America. The banquet crowd was also asked to contribute to plans for AT student representatives on Adventist university campuses as well as plans for original video and audio programming. The two emphasized that independent journalism in Adventism has never been more important than it is now.

Both the afternoon lecture and the evening banquet were streamed via the AT Facebook page to which videos of the events have now been uploaded. AT gratefully welcomes any donations to commemorate the 25th Anniversary Celebration. 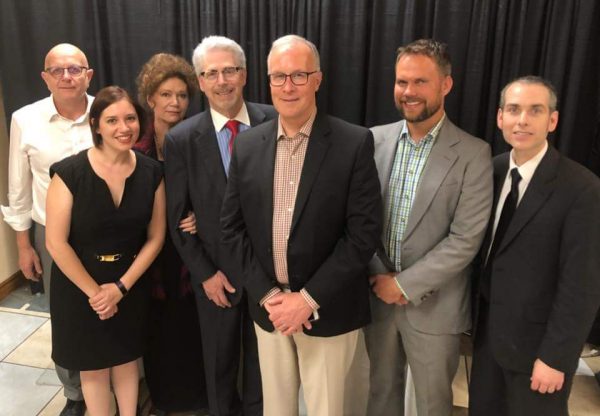 Some of the AT staff members at the end of the evening. From left to right: Warren Nelson, Lindsey Painter, Carmen Seibold, Loren Seibold, Paul Richardson, Bjorn Karlman and Jeff Boyd. – Special thanks to Lindsey Painter for the picture.