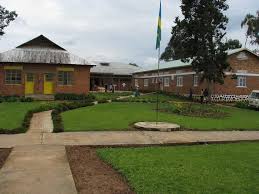 23 April 2018  |  The Adventist denomination in Rwanda has announced plans to construct a new Genocide Memorial at Mugonero, reported The New Times, the nation’s leading daily newspaper on Wednesday (18 April). A total of 12,000 people were killed on 16 April 1994 in the Seventh-day Adventist Church in Mugonero on a campus that included an Adventist hospital and an Adventist university. They were slaughtered because of their ethnicity.

Pastor Jerome Habimana, treasurer of the denomination’s East Central Africa Division, said that the denomination will “re-build the church that was destroyed and turn it into a Genocide Memorial” and “paid tribute to the victims” whose remains are currently in a makeshift memorial.

“In the whole world, this is the only place where Seventh-day Adventist leaders killed fellow faithful on church premises,” Habimana was quoted as saying. “This is why we will also put in place a granite monument with inscription of all the names of the victims who were killed in the church.”

On 15 April 1994, the day before the massacre in the Mugonero Adventist Church, six pastors in the group wrote to the conference president, Pastor Elizaphan Ntakirutimana, asking him to intervene. “We wish to inform you that we have heard that tomorrow we will be killed with our families,” they wrote. “We therefore, request you to intervene on our behalf and talk with the mayor. Your intervention will be highly appreciated, the same way as the Jews were saved by Esther.”

Ntakirutimana was a political ally of local government leader Clement Kayishema, the newspaper recalled. He responded to the letter, “There is nothing I can do for you. All you can do is to prepare yourselves to die, for your time has come.”

In 2003, Ntakirutimana and his son, who was a staff member at Mugonero Adventist Hospital, were convicted of genocide and crimes against humanity by the International Criminal Tribunal for Rwanda because of their involvement in the Mugonero killings. Ntakirutimana was sentenced to 10 years in prison and his son to 25 years. Ntakirutimana died in 2007 at 82 years of age.

There has been considerable discussion among Adventists around the world about the Mugonero massacre, and the relationship between Adventist faith and violence and related social issues such as ethnic conflict. “It remains a case study of how a focus on Bible doctrine while ignoring social ethics can lead to a fundamentally deformed faith,” a retired denominational administrator told Adventist Today. “It is something that many Adventist leaders still do not want to talk about despite the tragedy of Rwanda and the failure of traditional Adventist teaching and life it demonstrated.”

The featured photo is of Mugonero Adventist Hospital.