Stephen C. Meyer, Return of the God Hypothesis—Three Scientific Discoveries that Reveal the Mind Behind the Universe.  New York, Harper One (2021).

Stephen C. Meyer is very easy to listen to and very understandable when he participates in the many debates he has had presenting the scientific basis of Intelligent Design. His two previous major books, Darwin’s Doubt (2013) and Signature in the Cell (2009), can both be read almost like detective stories. Both have been best-sellers in multiple venues, such as the New York Times and Amazon.com, and his 2009 book was called “The Book of the Year” by the London Times Literary Supplement.

But this book by Dr. Meyer (B.S. Physics/Earth Science, minors in Philosophy and Math–1981; M.Phil. in the History and Philosophy of Science emphasis in Molecular Biology, Physics, Evolutionary Theory—1987; Ph.D. in the History and Philosophy of Science on origin of life research—1991, the last two degrees from University of Cambridge) is not what I would call “a read.” At least for me it is more like an education, like signing up for a college class. And Dr. Meyer is an excellent teacher who can make complex ideas understandable to students willing to put in the time and thought necessary to enter a classroom and come out a few months or years later with, if not mastery, at least some greater understanding.

If you already have a great education in philosophy or logic and have a firm grasp of Bayesian analysis, deductive versus abductive reasoning, and the difference between causal adequacy and proofs, for example, then you may read this book faster than I could. If your scientific training has made clear to you why the Big Bang theory based on general relatively and special relativity has been resoundingly supported by the Cosmic Microwave Background Radiation Spectrum, which in turn was based on a deaf overlooked woman’s brilliant deductions (Henrietta Leavitt) on the period of oscillation and the apparent brightness of Cepheid stars, then you could also read this book faster than I could.

If you are looking for a quick and decisive book to prove that God exists and the Bible is all true, that you can refer to as an authority (rather than thinking it through yourself) then you’d better go looking for a shorter YouTube video by some evangelist. Because after you have read 237 pages of this 450-page book, you may be disappointed to read this admission: “The evidence presented in the last several chapters might have left readers expecting a formal proof of God’s existence…[but] I’m not going to attempt such a proof in this book.”

Well then, what’s the point? By this time into the book you have slowly and carefully and perhaps richly and rewardingly become able to understand this point and all those other technical, logical, astronomical, scientific terms. By now you are not expecting mathematical precision from observations of nature. You understand that the discoveries of science can either support or can make unlikely a theory such as “only matter and energy exist,” or the theory that “a transcendent and intelligent designer better explains why matter and energy exist.” Without the “unnecessary and unrealistic burden” of mathematical proof.

If You Care About Science

On the other hand, if your interest is in the process, logic, and delights of science. If you yearn to understand this universe not as Moses understood it, but as we can now understand it. If you care if the increasingly complex and detailed observations of nature by 21st-century scientists support the materialist philosophers who proclaim: “The cosmos is all there is, or ever was, or ever will be (Carl Sagan).”  And “The universe we observe has precisely the properties we should expect if there is, at bottom, no design, no purpose, no evil, no good, nothing but blind pitiless indifference (Richard Dawkins).”

Then I encourage you to “sign up for an advanced course in 21st-century logic and science” with Dr. Meyer’s new book.  He will reward the motivated, patient student willing to invest the time and thought necessary for this book, with support for the conclusion that the complexities of life on this earth, in this universe, are not empty, random, or meaningless.

When you come to the end of this class/education/book, you will be enlightened, educated, and comforted. But understand that you will also be unable to settle back into the safety of your religious cocoon, awaiting the magic of some Adventist butterfly to suddenly emerge and make everything you always believed sparkle and come true.

You will have a much more solid scientifically confirmed basis for your belief that “in the beginning God created the heavens and the earth.”  But you must also be willing to pick up the pieces of a shattered young earth. But I suggest we don’t hand back those shattered ideas to our deceased 19th-century prophetess to put back together. Hand those ideas to the living Jesus now available to you by his Holy Spirit who is promised to “guide you into all the truth.”

Dr. Meyer is clearly, carefully, accurately telling us the truth. The truth is that there are no scientific rational adequate materialistic explanations for this universe and for life on earth apart from theism as taught by the Abrahamic monotheist religions.

This book should put to rest the widely held opinion that “science” has “shown” that physics or quantum physics, the laws of nature, some new version of Darwinian thought, or mathematical multiverses using imaginary numbers to solve, can explain the big questions. Darwin, Dawkins, Hawking, Krauss, Vilenkin, Neil deGrasse Tyson and scores of other materialistic proponents are acknowledged and confronted by Stephen Meyer with logic and evidence. Do not expect his level of engagement with these minds to be superficial, facile, or simplistic. I think some sort of college credit should be offered to those of us willing to study this book!

But there also is no scientific rational adequate support that the Bible offers scientific details explaining the history of this universe and life on earth. Are we Christians who follow Jesus as “the way and the truth and the life” capable of handling that truth?

If You Care About Adventism

Adventist Tomorrow (2021) has eight chapters I have written on the challenge to Adventists to improve our understanding of the Doctrine of Creation. I have been heavily influenced by both the previous books and lectures from Stephen Meyer that I have attended. (Those books include his contribution to a major theological book discussing the theological and scientific problems with Bio-logos-style Evolutionary Creationism. )

My hope is that this new book will be added to the libraries of all Adventist scientists, theologians, and their students.  As I wrote in Adventist Tomorrow:

“[There are] 117 Seventh-day Adventist institutions around the world named as ‘University.’ Each of these institutions has intelligent, educated men and women expert in theology, Bible interpretation, and /or scientific fields. All are presently gagged against exploring expanded creationistic theology and science by a YEC [Young Earth Creationism] dogmatism. Status quo-preserving administrators and their fundamentalist advisors are acting in misogynic, homophobic, and anti-scientific ways that cannot be God’s will for his church. Adventist beliefs in religious freedom, liberty of conscience, and basic honesty are being held hostage to tired dogmas and inadequate interpretation of scripture. We are teaching half-truths and whole lies about the age of the earth and the evidence of geology. God has made it clear that he values freedom. As some have pointed out, God would rather permit his creatures to be free and lost than to be automatons. Surely his church must put the same value on freedom to think, explore, research, grow and learn the truth beyond 19th-century scientific errors and theological timidity. Adventism is robust enough to survive openness and frank discussions. What we cannot survive is an enforced dogmatic uniformity to an outdated, inadequate theology of narrowness, exclusion, dishonesty, and fear.”

If the logic, physics, and biology overwhelms you, then the introduction to the book and the last chapter are the most human and personal. They explain why a book like this, as intellectually challenging as it is, is necessary, and can be for some of us life-changing, and for all of us God-affirming. 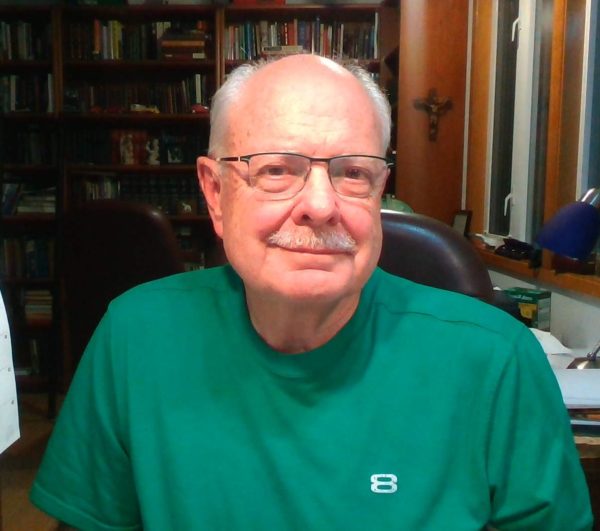 Jack Hoehn is a retired physician living in Walla Walla, Washington. His most recent book is ADVENTIST TOMORROW—Fresh Ideas While Waiting for Jesus.

Dennis Meier: Adventism in the Most Godless Region of the World Sharing Scripture–June 27 – July 3, 2021