While many Adventists today shy away from the kind of rhetoric that Malcolm X espoused, how would the architects of Adventism respond to overt and direct calls for the liberation of and equality for black and brown people?

Let us imagine that the early Adventist leaders are transported in time and place to a meeting where Malcolm X is at the microphone.

Joseph Bates & company in confusing cross-talk: Where are we? Not sure where we are or when we are. Look here, at this brochure… How could it be… 1964! Shhh. It seems to be a revival meeting of some sort… Yes, yes, and it looks like the preacher is getting ready to begin.

“And when I speak, I don’t speak as a Democrat, or a Republican. I speak as a victim of America’s so-called democracy. You and I have never seen democracy; all we’ve seen is hypocrisy. When we open our eyes today and look around America, we see America not through the eyes of someone who has enjoyed the fruits of Americanism, we see America through the eyes of someone who has been the victim of Americanism. We don’t see any American dream; we’ve experienced only the American nightmare. We haven’t benefited from America’s democracy; we’ve only suffered from America’s hypocrisy.”

J.N. Andrews: He’s preaching about the hypocritical beast in much the same manner as we have. And with such intensity and boldness.

Joseph Bates: Can you blame him for his manner of speech about this beast?

E.R. Seaman: Not at all. It’s his people who’ve been suffering from the beast’s dragon voice.

John Byington: Not just his people. They are God’s people. Our brothers and sisters. We should be just as passionate for their present cause as we were for abolition.

“Since Western society is deteriorating, it has become overrun with immorality, and God is going to judge it, and destroy it…

“So we of this present generation are also witnessing how the enslavement of millions of black people in this country is now bringing White America to her hour of judgment, to her downfall as a respected nation. And even those Americans who are blinded by childlike patriotism can see that it is only a matter of time before White America too will be utterly destroyed by her own sins, and all traces of her former glory will be removed from this planet forever…

Uriah Smith: Has this guy been reading our commentaries? Is he not announcing the judgment hour? To our shame, he is right about the North being complicit with the South in “oppressing the colored man throughout the whole country.”

James White: Not only that, but it’s been 100 years since their emancipation and so much of the spirit of slavery is still at work in America.

J.H. Waggoner: Did any of us imagine this world lasting 100 years? How is it Jesus hasn’t returned in righteous judgment by now?

“According to the Christian Bible, Judgment Day is that final hour when God will cause ‘those who led others into captivity to go into captivity themselves’…and ‘those who killed others with the sword to be killed by the sword of justice themselves.’ Justice only means that the wicked slave master must reap the fruit (or harvest) of the evil seeds of slavery he has planted. This is justice! Other slave empires received justice, and now White America must receive justice. According to White America’s own evil past, which is clearly recorded on the pages of history, so shall God judge her today.

“White America is doomed! Death and devastating destruction hang at this very moment in the skies over America. But why must her divine execution take place? Is it too late for her to avoid this catastrophe?”

“Now in speaking like this, it doesn’t mean that we’re anti-white, but it does mean we’re anti-exploitation, we’re anti-degradation, we’re anti-oppression. And if the white man doesn’t want us to be anti-him, let him stop oppressing and exploiting and degrading us…”

John Byington: He’s making his appeal… and I think we need to respond. Perhaps we can let him know we’re on his side and that we’ve been preaching a similar message.

After the speech’s conclusion…

Adventist pioneers stumbling over each other and cross-talking again: Excuse me, Brother Malcolm – Uh, Mr. X – Hello, Minister X, could we talk to you?

Malcolm: Of course. It’s not often that white men respond so enthusiastically to my speeches. How can I help you gentlemen?

Byington: I’m not sure how we got here, but we’re glad to catch up with you.

Andrews: Some of the things you’ve been preaching are close to what we preached and wrote about a hundred years ago.

Malcolm: A hundred years ago? Yeah, I’m wondering how you got here too! [All chuckle along with Malcolm]

Bates: We’re outraged for how you say things are going in this country. It’s almost unforgivable that you’re still experiencing the brutality and inequality you just spoke of.

Smith: We thought the unrepentant of this nation would have been drinking from the cup of God’s avenging wrath by now!

Malcolm: What kind of preachers are you, anyway?

Byington: We’re Adventists. And many of us in the early movement were abolitionists and even served as conductors on the underground railroad.

Andrews: We wrote and preached about America’s hypocrisy.

Waggoner: Yes, we blasted this nation’s religious and political leaders for “singing praises to this union of democratic professions and slaveocratic practices!” Some of us recognized that this evil practice was the means by which America rapidly amassed so much wealth.

Smith: We linked this hypocrisy to the land beast of Revelation 13, who resembled a lamb and spoke like a dragon.

Malcolm: I met some Adventists when I was a boy and they were some of the nicest white people I ever met, but nobody told me about how extreme you used to be about racial issues. I say extreme in the kindest possible way. I’ve been called extreme and don’t altogether deny being extreme. Patrick Henry was extreme when he said Give me liberty or give me death.

[All again chuckle with Malcolm.]

Malcolm continues: So what happened to Adventists? I didn’t encounter anyone announcing God’s displeasure with this country’s racism.

Malcolm: Whoa, brother, where did you come from?

Humphrey: From Jamaica, Brother Malcolm. But later made Harlem my home and started Seventh-day Adventist congregations in the area. I believed wholeheartedly in the message, but I guess you could say I became a separatist. The colored members couldn’t use the health facilities set up by the whites. The leadership didn’t want it either. So we began plans and fundraising to build our own.

Lewis C. Sheafe: We, like you, believed God’s judgment was soon to come. In his mercy, He gave us a message to live distinct lifestyles to show that we’re on his side.

Sheafe: Yes, Minister X. Unfortunately, it didn’t seem like I had much choice other than Black separatism either. I tried the path of integration, and my ministry was blessed to attract both Blacks and Whites to the faith. However, we had growing numbers of leaders who insisted on segregating the people.

John W. Manns: I had no intention of being a separatist, if that’s what you want to call it. I fully embraced the message and started a church. Soon the congregation added a school and a grocery store to serve the needs of the members and the community. We couldn’t depend on anyone else to help us. The leadership wanted to take control of the church, school, and store. Some might say I misunderstood their intentions or the church’s structure, and maybe they’re right about that. One thing I clearly understood is that they believed in segregation and that we were inferior. I couldn’t subject my members to their control.

Charles M. Kinney: Yes sir. Our numbers have apparently grown rapidly during your time, but in separate realms from our Caucasian counterparts. I suggested having separate conferences early in my experience with the church. It took many more examples of what my brothers testified to before the church leadership would agree to have separate conferences. That’s not the way we originally wanted it. We wanted brotherhood, but those who were supposed to be our brothers in Christ didn’t see it that way.

Malcolm: I know what you mean. Brotherhood can’t be forced, my brother.

Smith: My dear brothers, I must offer my sincerest apologies. I personally and publicly argued that it was the duty of the Christian to stand on the side of abolition and freedom, yet I was so certain that the Lord would return so soon that I did not think that it was pertinent or judicious for us to invest precious energies into the immediate needs and struggle of those who were being oppressed. It is obvious that in that regard I was wrong, and for that I am sorry that so many have suffered, in part because we didn’t do all that we could to combat such an evil.

Andrews: You are right, Elder Smith. I too contended that slavery was immoral and that we could not possibly justify political support of such an evil institution. Yet, it has become apparent to me today that we did not do enough to combat it directly and practically.

White: Listen, brethren: I am mindful that our literature was banned in the South at one point because our convictions were a threat to the institution of slavery. Yet we failed to press further (by practical means) what we knew to be in keeping with our values.

Bates: Perhaps we became guilty of being so heavenly minded we weren’t doing enough earthly good in this area. I began channeling much of my energy from social reforms to teaching and preaching about the Sabbath and Second coming. I was pessimistic that much could be done to alleviate the racial hatred in this nation and sincerely believed the soon return of Jesus was the only thing that could uproot it.

Waggoner: Now it’s been 100 years since the beginning of our denomination’s focus on the return of Jesus and His reign of righteousness and justice. Yet after 100 years we still haven’t practiced what we preached in a way that could properly minister to your life experience.

Byington: Elders Kinney and Manns, Sheafe and Humphrey, would you accept our apologies? It was our duty to set the tone which would have empowered you as co-equal, fellow-laborers with us. You never should have felt the need to start another movement or an autonomous set of conferences.

White: And, on this, your birthday, we apologize to you, Brother Malcolm. We wish there were something we could do to win you over.

Malcolm: Your gesture is appreciated, Brother White, but you can’t. It’s too late. We’re all dead. Yet, I am certain that there is much that the present generation can do.

The hour of His judgment has come. 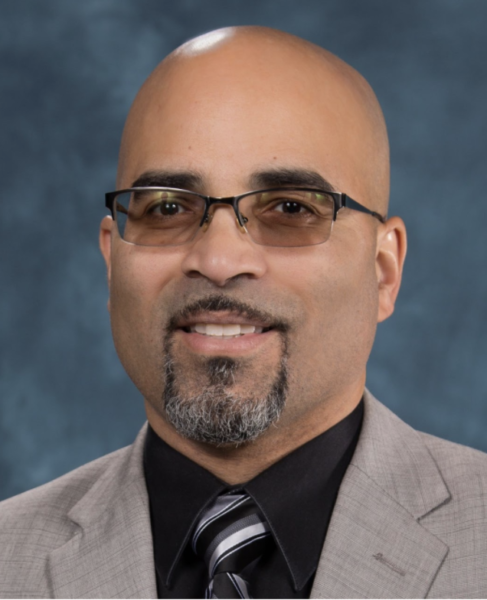 Carl McRoy is an ordained minister in the Seventh-day Adventist Church, host of Message magazine’s “Your Liberation Library,” and author of Yell at God and Live, R U Tuff Enuff, and Impediments to Power. He enjoys quality time with family, posing as an amateur historian, and shooting pool.

Christopher C. Thompson writes about culture and communication at thinkinwrite.com. He’s the author of several books and an adjunct professor at Oakwood University in Alabama. When not writing, he’s jogging or binge-watching Designated Survivor. He’s married to Tracy, who teaches at Oakwood University.