Is Ted Wilson a Racist?

Usually these meetings come and go without anyone’s even noticing. But not this time.

It started with the announcement that for the 2018 General Conference Annual Council (GCAC18), male leaders were encouraged to grow extravagant beards to pay homage to the great graybeards of Adventist antiquity. And along with beards, they were to wear early American garb, representative of the early Adventist pioneers.

Memes began to appear. Online viewers took screenshots, and some attendees even snapped a few photos, which were quickly turned into caricatures to poke fun at what many considered a tone-deaf display. I was surprised to see how many people thought the entire idea to be silly or, at best, ill-advised.

It was around this time that I got a call from a friend. “Do you think Ted Wilson is a racist?” he asked.

GCAC18, I needn’t tell you, was a showdown. General Conference leaders descended on Battle Creek for a Mount Carmel-style standoff. The previous year’s meeting had been electric with the release of a so-called “unity document,” and GCAC18 brought the follow-up, a “compliance document.” Much of this seemed intended as a threat against the North American Division.To many of us in the NAD, it felt profoundly oppressive. I remember a conversation with a friend that was supposed to be about church and the need to be spiritually fed. But my friend kept leading the conversation back to frustration with the General Conference. She helped me realize that this compliance document was a major trigger issue for many like her, who saw it as a manifestation of longstanding rot that was spoiling all of church life.

I suspect this is why many of us, especially in the African American community, took such notice of the 19th-century clothing. In one online discussion, a pastoral colleague asked why so many African Americans seemed to think that that the attire of the GC leaders was reminiscent of slavery and colonialism, rather than simply the way our great church pioneers used to dress. The African Americans obliged with copious explanations, reasoning, and rationale. But at least part of it was the context: that we were dealing with a meeting where the issues were control and punishment, which was reflected in the way Elder Wilson and his crew were attired.

I don’t know Elder Ted Wilson. I’ve never even met him. I’m not in a position to draw any conclusions about his thought-life. I do know people who know him, though, and I’ve worked with people who have worked with him directly. Frequently I have heard that he is very gracious, kind, and pastoral, and I have no reason not to believe that.

(Also, there are those who have said that he is strikingly shrewd. I believe that as well.)

But precisely because I don’t know him, I have to respond to the things he says and does publicly. Those are the things that concern me.

In his Sabbath sermon at GCAC18, he said: “There may be those in your local church or elsewhere who introduce worldly music and unbiblical worship styles into our churches or spiritual meetings. However, there are many in the church who are resisting these attempts, as did our pioneers in times gone by.” A complete explanation of why this statement is problematic probably shouldn’t be attempted here. Yet it’s important to recognize that in a global organization, there should never be an expectation of monolithic uniformity. We don’t even talk the same—how could we possibly worship the same?

One of the more problematic statements in his sermon at GCAC18 was this one: “There may be those who overemphasize social issues while downplaying or neglecting biblical truth and its relevance for today’s society. Yes, there are appropriate social issues we need to address, but always within the context of God’s last-day warning.”

I am certain one of the things that made this statement so upsetting is that some church leaders, pastors, and laypeople have clamored for the world church administration (namely, Elder Wilson) to speak to the rash of violence against African Americans over the recent years.

He has appeared to ignore those entreaties, and in this moment he seemed to suggest that social justice was in some way anti-Adventist and in conflict with “biblical truth.” He later walked the statement back a bit, yet for many Adventists, the damage had already been done.

Multiple scholars have called statements like this dog whistles to the ultra-conservative base that contains his most ardent supporters.

I’m not prepared to conclude that Elder Wilson’s statements are bigoted. They do, however, come across as planned, intentional, and impeccably timed. They occur in settings where he will receive rousing support. And in many cases, they seem to ignore or even challenge important cultural differences.

As one who has been involved in communications and media ministry for quite some time, I’ve learned that messaging is important. We must be tremendously vigilant about ensuring that our message is clear and accessible, that the message is not obscured or misconstrued. Can you control how everyone receives your message? No. However, you can be extra careful to remove elements that may detract or distract from the message.

Take the dress-up thing, for example. Was there consideration about how this “re-enactment” would be perceived by the wider group—or at least certain sectors of it? I would like to think that there was a lively discussion around the table that day, where the communication and public relations team raised the concern that some may see slave owners rather than Adventist forebears in those costumes. I am hopeful that after a lively discussion, there was a consensus that enough people were aware of Adventist heritage that could counteract any misunderstanding about the intent of the costumes.

Nevertheless, some are still a little concerned about that very thing: intent.

Which brings me back to the original question. My friend asked if Ted Wilson is a racist, not because he heard him use racial slurs, but because his words and actions come across as divisive. Does Elder Wilson intend divisiveness?

This divisive element isn’t something that should be overlooked. There is a long history around this kind of religious orthodoxy. Some scholars argue that “Pharisee” is a Hebrew word that means to “separate” or “detach.” At a very basic level, this concept of separation effectively captures the ethos of the Pharisees. They were divisive—separatists. They believed that they could protect themselves by disconnecting from any and every thing they considered unclean.

Please understand that the Pharisees were not, in theory, bad men. We see them as antagonists to the ministry of Jesus, but that’s not a complete picture of what they were about. Conceptually, the Pharisees were heroes of the Jewish faith. They had organized with the express intent of preserving the sacred oracles that God had entrusted to his chosen people. They wanted to ensure that God’s people wouldn’t fall victim to idolatry and apostasy and, as a result, be forced to endure the pain of judgment and exile again. The Pharisees were die-hard preservationists, fundamentalist scholars with a penchant for fastidiousness and unwavering discipline. They were known as top-shelf biblical interpreters.

These, it could be argued, were good things. However, Jesus challenged the Pharisees that in their effort to be circumspect and perfect, they had developed a misdirected focus. “These things you should have done,” he chided, “without leaving the others undone” (Matt. 23:23). In an effort to be committed to God, they became exclusive and divisive.

When I hear Elder Wilson railing on contemporary worship styles in a suit from the 1800s, I don’t see an angry, racist, white man. What I do see is someone who is so laser-focused on our religious heritage that he is incapable of appreciating other expressions of the same heritage. I see an honest man who is trying to preserve his culture, a man striving to protect his people from perceived threats.

Yet I, and many like me, do not see what he sees. I see a church on the brink of missing tremendous opportunities for ministry and mission because of restrictive views like his.

We are living in a deeply polarized time in history. Nuclear holocaust sounds more and more plausible with each airing of the evening news. Every day seems closer to Armageddon. Hate wins political campaigns. It’s easier to get a semi-automatic rifle than it is to get a driver’s license. Military units are dispatched to impose violent measures on innocent civilians. The world economy is on the brink of collapse. World powers are racing to secure the last bits of the Earth’s natural resources.

No, I don’t think Elder Wilson is a racist. But I think he could benefit from opening his mind to some new cultural languages. Even though he has worked extensively in foreign fields, he still seems tone-deaf to so many different ways of looking at the world. He doesn’t seem to be a keen enough listener to hear the unique inflections and intonations, the distinctions of tone, among us.

With all of this unrest and distress, we need a leader of the world church who is able to bring people together, not drive people apart. We need Elder Wilson to affirm every language and dialect, every culturally unique form of worship, and every community-specific pain in the global community.

I think I can safely add that he’s not the only one. The rest of us could also stand to learn a new cultural language or two. It would help us all to understand each other better. 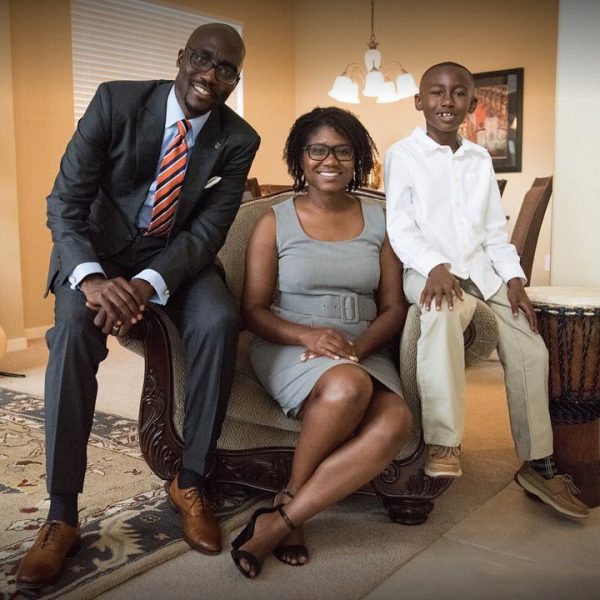 The AT1 Gathering – Focused on Christ and Grace News Briefs for March 15, 2019