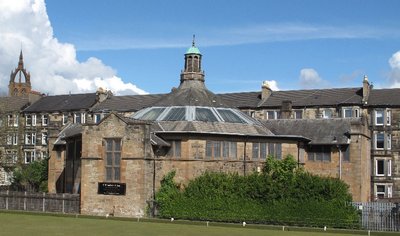 From ANN, September 2: A 109-year-old Sunday school building in Scotland is being turned to a Seventh-day Adventist health ministry and outreach center with the aid of a government grant.

Historic Environment Scotland, a government agency that helps renovate historic buildings, has allotted £104,280 (US$139,000) toward the future Hope Healthy Living Center in Paisley, a city located just 7 miles (11 kilometers) east of Glasgow and 50 miles from Edinburgh.

John Wilby, treasurer of the Paisley Seventh-day Adventist Church, said that the new center could potentially serve 25 percent of Scotland’s population of 5.3 million and that the church was actively seeking to raise the remaining $470,000 needed to make that happen.

“Scotland is the most secular part of the United Kingdom, where 52 percent claim they have no religious affiliation and two-thirds say they never, or rarely, go to church,” Wilby said, citing a recent survey. “Our approach to outreach follows Christ’s example: He mingled, identified needs, and helped their healing. We truly believe, as Ellen White said, that health ministry is the right arm of the gospel.”

The two-story Hope Healthy Living Center, which is scheduled to open in 2017, will have a reception area and office, auditorium and 128-seat activity area, and kitchen and cafe on the first floor, the local Daily Record newspaper reported this week. The second floor will have an auditorium with 230 seats and a separate room with seating for another 40 people.

The Adventist center will offer health screenings; stop-smoking and healthy cooking classes; workshops on nutrition, drugs, and alcohol; and exercise and foot-care courses in partnership with local health authorities, the newspaper said.

Community leaders have offered backing for the project, noting that the challenges of modern life also affect residents in and around Paisley. The city of 76,000 people was once famous for its textiles — the Paisley fabric pattern derived its name from the city and its mills — but is better known today as the location of Glasgow International Airport and the University of the West of Scotland.

“We recognize the need, from our tenants and the wider community, for more services and facilities for people to help improve their health and wellbeing,” Adele Fraser, chief executive of the Linstone Housing Association, said in a letter of support for the Adventist center.

Linstone, which owns and manages housing in Paisley, was among several community organizations, including those providing mental health services and addressing the needs of senior citizens, that endorsed the project.

Health outreach has gained new urgency within the Seventh-day Adventist Church in recent years, with church president Ted N.C. Wilson making “Comprehensive Health Ministry” a priority of his two terms in office. Church members have stepped up efforts to reach out to their communities, including with a series of pop-up medical clinics that have provided some $80 million in free services to thousands of people in several U.S. cities since 2014.

Other health centers have sprung up in the church’s British Union Conference, whose territory includes Scotland. The Cuisle Center, which opened last fall in Ireland’s capital, Dublin, offers the community a selection of healthy snacks as well as health screenings, massage, counseling, and simply a safe place to chat and relax.