With the Strength to Carry On: ‘Heroes’ Bible Trivia Game Exceeds 100K Downloads 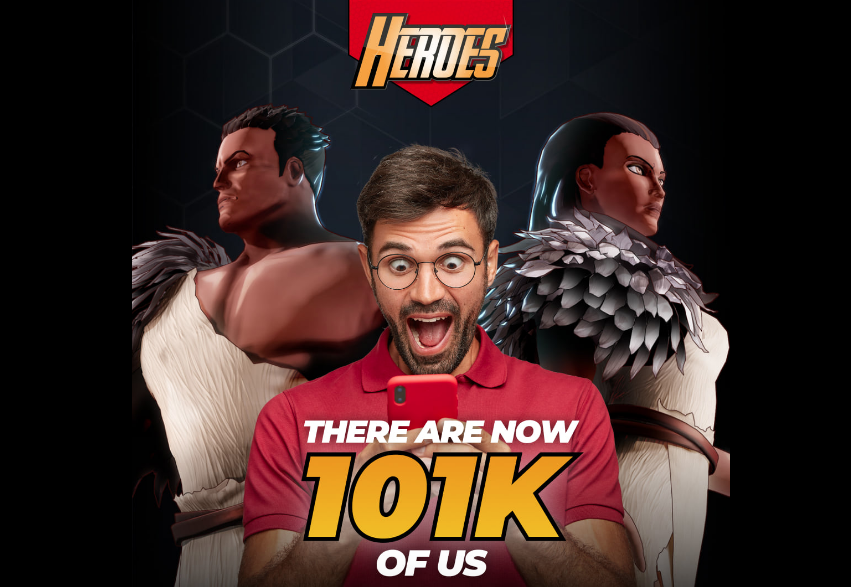 “We certainly hoped it would be downloaded and played many times, but you never know with games,” said Sam Neves, associate director of communication for the General Conference of Seventh-day Adventists, “To have finished the year of launch with a community of over 100,000 players is amazing.”

And it almost didn’t happen.

Officially released as “Heroes 2” on March 26, 2021, the 100,000-downloads milestone was achieved in only nine months without any paid advertising, according to Jefferson Nascimento, Heroes project manager.

With this achievement, Heroes is on the same playing field as the top 10 Bible Trivia Games, which also mostly have 100,000+ downloads, according to AppGrooves, a site that ranks and reviews apps. The exception in the top 10 list was second-ranked Bible Quiz, with an astonishing 500,000 downloads.

For Heroes, approximately 40 percent (43,087) of the 100,000 downloads came from Brazil. The United States was the next largest consumer, with 11,409 downloads, followed by the Philippines, Mexico and Colombia.

When first released, Heroes was available in four languages: English, Portuguese, Spanish and French. It has since expanded to include Thai, Malay, Korean, Romanian and Swahili, with Chinese and Hindi soon to come. The goal is to expand to 15-20 languages by the end of 2022.

While fundamentally a Bible trivia game, a major focus of the Heroes game is to encourage users to engage with scripture in a deeper way through Bible studies.

According to Neves, the original objective of the game was to connect young people with the biblical narrative, and then based on that narrative expose them to the Bible’s big questions.

“We all know the story of Joseph and his brothers, but the big question in that narrative is, ‘How can we forgive our loved ones that do things against us?’” said Neves. “You start by playing the game, interacting with the stories, and that leads you to ask the big questions and get to know the greatest hero of them all—Jesus. And that’s when the questions get really deep.”

The Heroes team used SEO software to determine the most searched Bible-related questions on the internet, and put them together in a course, said Nascimento. “The studies ask questions such as, ‘What happens when you die?,’ ‘How to deal with anxiety,’ and ‘If God is good, why do we suffer?’”

Users can access the Bible studies via multiple pathways, such as the Heroes app or website. It can also be found through Hope Channel’s Bible study platform hope.study. There are also study or prayer groups—usually led by a pastor or youth leader.

But perhaps the most interesting way is by interacting with an AI—Artifical Intelligence. The Heroes team partnered with Hope Channel Brazil (Novo Tempo) to offer the innovative technology.

“The AI is called ‘Esperança’ (‘Hope’ in English). She interacts via WhatsApp with Spanish and Portuguese speakers and sends them links to Bible studies,” said Nascimento.

Nascimento said that 90 percent of all the people that start studying via Esperança finish all the lessons. In addition to the existing 20 Bible studies, the team is planning to release 20 new Bible studies in the first quarter of 2022, including lessons focused on the Three Angels’ messages.