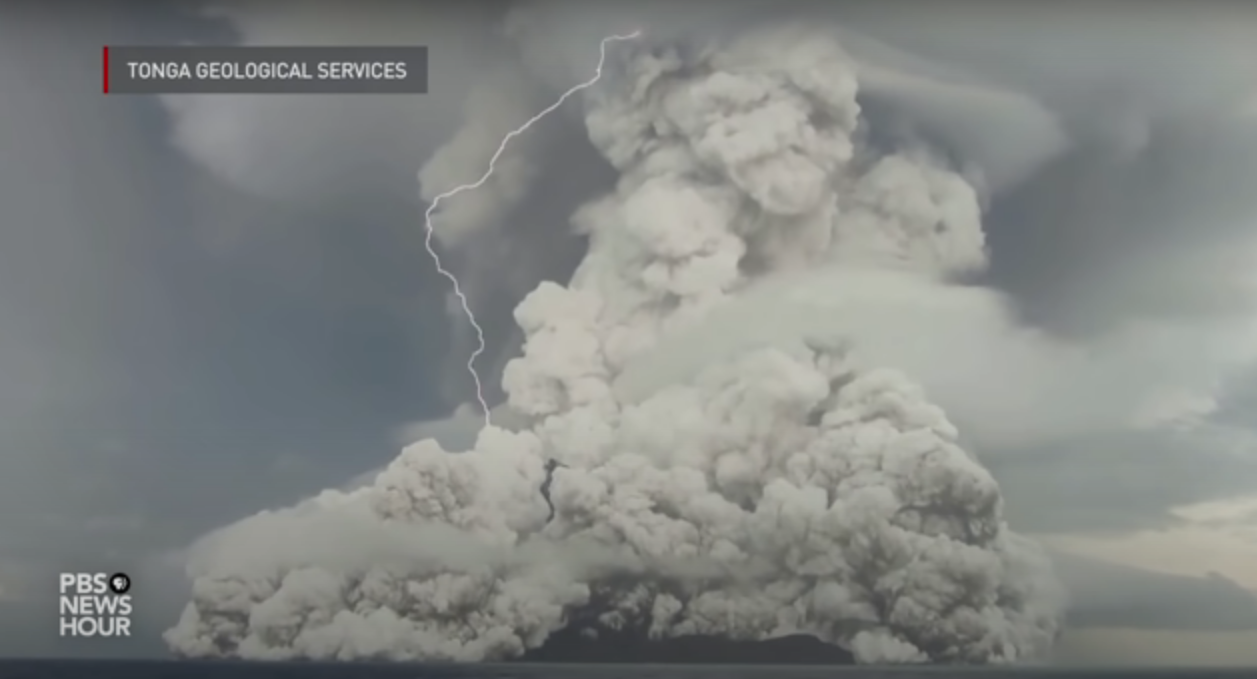 18 January 2022 | Seventh-day Adventists across the South Pacific are anxiously awaiting news of family and friends following the eruption of a huge underwater volcano near Tonga on Jan. 15, 2022, reported Adventist News Network.

Communication with Tonga remains limited due to damage caused to the main undersea communication cable. Repairs are not expected to begin until Feb. 1, 2022, according to CNN.

“My heart and prayers go out to my people in Tonga,” said Trans Pacific Union Mission President Maveni Kaufononga, who is from Tonga.

“Having no communication at all with them can be very frustrating. However, I am trusting in God who is everywhere and so loving. He is the one that is taking care of them better than we can.”

According to the Adventist Yearbook, there are 16 churches on Tonga, with a membership of 3,878.

The eruption of the Hunga Tonga-Hunga Ha’apai volcano caused a tsunami which inundated parts of Tongatapu—Tonga’s main island—and other nearby islands.

At least two people, including a British national, died in Tonga after tsunami waves crashed onto the shore, reported CNN. British woman Angela Glover’s body was found after she was swept away by the waves, her brother, Nick Eleini, said in a statement on Jan. 17, 2022.

Glover, 50, who lived in the capital Nuku’alofa with her husband and ran an animal welfare charity, was attempting to rescue her dogs when the waves hit, Eleini said.

On Jan. 18, 2022, the Tongan government issued its first update since the eruption, saying the country had been hit by an “unprecedented disaster,” reported the BBC.

Some of the smaller islands have been particularly badly affected, with all the houses destroyed on one, and just two left on another.

Satellite images from the capital’s Kolofo’ou district, on Tonga’s main island, showed trees and homes completely blanketed by volcanic debris, reported CNN. Some buildings appear to have collapsed, and aid workers are now concerned about water contamination and food security in the district.

Significant damage has been reported across Tonga, which is home to more than 100,000 people, with the majority living on the main island of Tongatapu. At least 100 homes across the archipelago have been damaged, with at least 50 completely destroyed, according to Save the Children Fiji CEO, Shairana Ali. But the numbers are likely to rise as rescuers work to restore communication lines, she added.

The delivery of humanitarian aid to the country has been hampered by ashfall covering the runway of the capital’s airport, according to officials from several donor countries.

Volunteers have been sweeping the runway of the main airport to allow planes bringing much needed drinking water and supplies to land, reported the BBC.

Alexander Matheou, director of the International Federation of Red Cross and Red Crescent Societies, said that in addition to the ash, there is “large-scale coastal damage as a result of the tsunami wave.”

In its update, the Tongan government said the internet was down, but some local phone services were available and work was under way to restore full communications.

Tsunami waves were felt thousands of miles away in Japan and on the West Coast of the United States. At least two people died in Peru due to “atypical waves,” CNN reported.

The eruption of the Hunga Tonga-Hunga Ha’apai volcano on Jan. 15, 2022, was likely the biggest volcanic event recorded since the 1991 eruption of the Philippines’ Mount Pinatubo, according to experts.

(Photo: The eruption of a huge underwater volcano near Tonga on Jan. 15, 2022, is seen in this screenshot of video by Tonga Geological Services. Church members and many others around the globe are still awaiting news about Tonga, as a key undersea communication cable was damaged during the eruption. Photo via PBS News Hour.)