Why We Need Alternative Prophetic Fulfillments

Many Seventh-day Adventists are excited to study the Bible’s prophetic books. In Indonesia, where I grew up, the primary evangelistic programs were Revelation Seminars. Ellen White’s The Great Controversy played an important role in my spiritual formation, especially the chapters on end-time prophecy; that book may have been the deciding factor for me to commit myself to the faith and to the church.

Fast-forward about 30 years. I am still in the church. I still whole-heartedly believe in Christ, and I still love the Seventh-day Adventist Church. But Bible prophecies have become less and less interesting for me.

Why? Because I have learned almost nothing new in the past 30 years regarding this topic. This concerns me. In a world that changes so rapidly, our key teachings as a church have not changed. We have a dynamic world, but a static prophetic message: the first quarterly of 2020 about the book of Daniel contained precisely the very same material that I had been taught 30 years ago. Hasn’t the world changed in 30 years?

But even more concerning is the rigidity of the interpretation of these prophecies among church members. For many, the future is set in stone: the Papal power will grow again, Protestants will follow suit, and the United States will supply them with the secular power to persecute those against them, which will lead to the enforcement of the Sunday law. The faithful will be those who keep the Sabbath until the end, until Jesus comes.

But while these all are still possible, what we see in the world is the rise of Islam, the decline of religion in the western world (including the Catholic church), the secularization of the world in general, and the rise of the climate change (though temporarily interrupted by the Coronavirus pandemic) as the biggest threat for the world in our era.

How does our knowledge of prophecies guide us today? While our prophetic interpretation was a beacon that shone brightly in the 19th and 20th centuries, its applications become less and less believable as repeated warnings of “Sunday law” fail to materialize, as all suspicions directed to each word coming out of the Pope fail to produce evidence stronger than conspiracy theories, and as disaster after disaster hits us. Each supposedly is another clear sign of the end-time, and yet life still goes on as usual.

Is the traditional interpretation enough?

Traditional Adventist eschatology is based on the study of Daniel 2, 7, 8, 9, and Revelation, especially chapters 12-14. There are good reasons to be appreciative for it: it comes from the Bible, it is coherent, and it gave a sense of identity and purpose for the Adventist movement.

However, having a great interpretation of a prophecy is no guarantee that it is true. The religious leaders at Jesus’ time had a great interpretation of the Messianic prophecies that were based on the Scripture, and gave them a sense of purpose. They were looking for a prophesied king to lead their nation against the Romans, not the servant-king of a future kingdom that Jesus personified. Neither the message nor the messenger matched their interpretation, and so they rejected Jesus and crucified Him!

There is a real danger, when we are so convinced about our interpretation of Biblical Prophecy, that we miss out when the fulfillment turns out to be different, or even the opposite.

And what of the messenger? Ellen White was an unknown, uneducated person. Jesus wasn’t of an especially reputable family. What if today we were to receive prophecy or interpretation by someone we didn’t expect? A Roman Catholic, an ex-drug dealer, a gay person?

The traditional view is not necessarily wrong. But some prophecies in the Bible turned out to have multiple meanings or fulfillments. David was describing his own experience when he wrote Psalm 22, but the evangelist assigned his words, “My God, my God, why have you forsaken me?” to Jesus’ experience on the cross “to fulfill Scripture.” Isaiah was probably writing about the King of Babylon in Isaiah 14, yet we take it as a prophecy about Satan. Isaiah could have been speaking to his contemporaries when writing Isaiah 61, but Jesus used it in Luke 4 to describe His mission.

While I believe that the little horn described the Papacy of the Dark Ages, we are no longer in the Dark Ages. We should be open to the possibility that a different power could be what the little horn prophecy describes. If something other than the Papacy speaks like the dragon and starts persecuting those who are faithful to Jesus, will we be prepared? Can we see prophecy being fulfilled by various dictators or politicians in our time, for example? Could we see the characters of the beast, the dragon, and the little horn being personified by other actors?

Why should we care?

Early in my years as an Adventist I was eager to discover “secrets” through the prophecies. I remember on one occasion I invited a non-Adventist friend of mine to attend a Sabbath meeting, and we were served a 45-minute sermon on the Illuminati, the Jesuits and the Freemasons. I was embarrassed. I realized that he’d gone home with nothing of spiritual importance, and he certainly had no intention of returning.

There are dangers in over-emphasizing a rigid, detailed, end-time events scenario:

The Great Controversy’s theme of spiritual conflict permeates human history, since the beginning, up to our recent history. Our end-time prophecies reflect this theme. Whether in the statue in Daniel 2, or in the beasts of Revelation 13, this is the principle behind the prophecies, even should details and names vary.

Whatever the specifics, we will see that Satan’s unbridled ambition and self-centeredness will lead him and his followers to deceive and to persecute. God’s faithful will stay faithful to the end, motivated by the self-sacrificing love that Jesus has come to show us. This kind of love draws instead of forces.

Here are some principles to understand prophecies in a relevant, contemporary way.

First, instead of offering a complete calendar of events for the future, the prophecies will strengthen our faith when we see them happening (John 13:19). We can be certain of what the Bible says, but we can never be sure about the actors, the time, or the particulars, until we see it happening. And since what already happened can still happen again, this process can be repeated from generation to generation.

Second, instead of focusing on a particular group of people as our antagonists, let us heed Jesus’ warning and expect that the manifestation of evil could come from unexpected quarters. The prophecies should then help us to be watchful and aware, and they can keep us from being deceived easily. The history of the Bible should teach us never to treat a human or human institution (even the Adventist church!) as though they were infallible. Only Christ is infallible. Instead, when someone, even if he or she has been thought of as a hero of faith, starts to show the beastly characteristics described by the prophecies, we need to be aware enough that we do not keep on following them blindly.

Third, Bible prophecies should also keep us from trying to use force or fear to coerce others into our beliefs. It is tempting to use fear to “defend the truth.” But we must be aware that using any kind of power to force, punish, persecute, ridicule, or isolate others, even when we think they are wrong, mirrors the character of the dragon and the beast instead of the Lamb.

Fourth, our understanding of prophecy should motivate us to do our best for humanity, using our talents, time, and resources to alleviate suffering that will always be present around us until the end. Instead of leaving the world, we are called to be the salt and the light within it. Instead of hating and accusing any group of people—such as Adventists have sometimes done to Roman Catholics—we should follow Jesus’ example to love unconditionally.

And finally, instead of keeping us in an atmosphere of fear, the end-time prophecies should give us the faith and assurance that at the end God and His people will come out victorious. Our hope will turn into reality. The problem of sin will be solved. God and His reign of love will prevail. When times become difficult, such as the prophesied times of trouble, this will keep our hope alive.

Ellen White was open to what I’m describing here. She wrote,

“There is no excuse for anyone in taking the position that there is no more truth to be revealed, and that all our expositions of Scripture are without an error. The fact that certain doctrines have been held as truth for many years by our people, is not a proof that our ideas are infallible. Age will not make error into truth, and truth can afford to be fair. No true doctrine will lose anything by close investigation” (Counsels to Writers and Editors, p. 35). 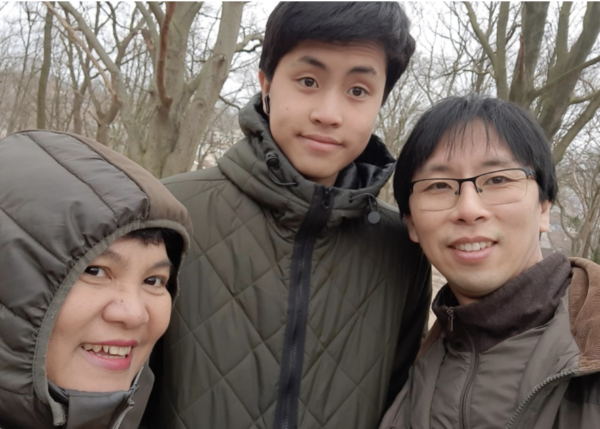 Danny Handoko is a third-generation Adventist from Indonesia who lives in The Netherlands with his wife, Rachel, son, Jonathan, and dog, Orion. He’s an elder in his local church in Eindhoven.