Why I Reject American Exceptionalism

I’ve always loved the Fourth of July. Everyone gets the day off from work or school. There’s a buoyant mood in the air. People prepare barbecues and pull out their swimsuits. Kids get to stay up late to watch fireworks and eat all the watermelon and hotdogs their bellies can hold. There’s something so wholesome about it. It’s not just a day off like some of the other holidays. It’s like a national day of fun.

And it’s my birthday! An entire nation stops to celebrate with me, and to shoot fireworks off in my honor—at least, that’s what I thought as a kid, and what I prefer to believe as an adult. Not to mention that I get presents! What more could a girl want?

But this year I’m having an increasingly difficult time getting into a festive Independence Day mood.

All my life I’ve been interested in stories of how fascism rose in Germany. How ordinary citizens turned a blind eye as their neighbors were carted away to concentration camps. And all my life I’ve heard the refrain “Never again!”

But I wasn’t afraid. Because the holocaust was so horrible. So inhumane. It required such a dearth of empathy and basic human decency. That kind of thing could never happen here, I told myself.

But over these last weeks I’ve found myself feeling sick as I read the news. Nursing babies being torn from their mothers. Children being held in a cage open to the elements. No soap. No toothbrushes. No running water. Teenage mothers with milk stains on their shirts from lactating without their baby. A place called “the freezer” where people are held at 55 degrees without proper clothing or blankets for weeks at a time—weeks! If I treated a dog like that I could be arrested for animal abuse.

In George Orwell’s famous novel 1984, the state has become oppressive, using doublespeak propaganda and surveillance to keep people from knowing the truth about the state’s torture of dissidents and endless wars. In Margaret Atwood’s dystopian novel The Handmaid’s Tale, the nation is run by an authoritarian extremist religious regime intent on controlling women and their reproductive rights.

More and more often I despair as I see parallels between stories of a horrifying future and the events happening in my country today. The White House plays a game of doublespeak with the press, while the president undermines the media. Who should we trust if not the media? The president threatens to sue the press, and has called them the enemy of the people. I’m waiting for the announcement that the media will be controlled by the government to ensure quality and honesty.

As for The Handmaid’s Tale, restrictions on women’s reproduction bring to mind the draconian laws against abortion in a number of states. Never mind that there are actual studies showing ways to make a measurable difference in the number of abortions, such as comprehensive sex education, widely available and affordable or free birth control methods, affordable health care, affordable daycare, paid maternal and paternal leave—to name just a few. No, they go straight for criminalizing desperate women. Welcome to Gilead.

The End of Patriotism

Patriotism has been hijacked in America today. Being patriotic has become synonymous with a belief that America is the greatest nation on earth, with very little evidence to back that claim. It has become synonymous with the belief that America and the people living in America (some of them—we know there are plenty of Americans who don’t fit the “patriotic” standards some citizens hold) are superior to other countries and the people living in them. But American exceptionalism is a lie. “[American exceptionalism] is a reaction to the inability of people to understand global complexity or important issues like American energy dependency,” said Zbigniew Brzezinski, counselor and national security advisor to two presidents. “Therefore, they search for simplistic sources of comfort and clarity. And the people that they are now selecting to be, so to speak, the spokespersons of their anxieties are, in most cases, stunningly ignorant.”

And somehow, bafflingly, they try to rope God into this kind of patriotism. Not only are Americans better than everyone else, but we are better than everyone else because God said so. Where did God say this? What evidence could we possibly have to back up this ridiculous claim? Psalm 22:28 says, “For the kingdom is the Lord’s And He rules over the nations.” As in, he rules over all the nations… not just the one I happened to be born in.

Faith leaders in our country have taken up this faux-patriotism. James Dobson, Franklin Graham—it’s downright embarrassing to be a Christian in this country. Their rhetoric goes against everything Jesus said and did on his entire visit to planet Earth. Didn’t Jesus insist he was the Savior of everyone, everywhere?

This isn’t new. It’s just another in a long line of human injustices my country has inflicted on vulnerable and less powerful groups of people. America has a bloody history of mistreatment toward Japanese, immigrants, black people, women, and indigenous peoples. How can I wave a flag and sing “O say can you see…” when such is our history and present?

“Keep Your Politics to Yourself”

As an Adventist I’ve heard the advice that I should keep politics to myself. “You aren’t going to change people’s minds,” they say. “You’re just alienating people.” “We should be focused on our faith.”

I just don’t know how to do it. Treating people with kindness is part of my faith. Ignoring mistreatment of innocent people isn’t true to my faith. This minute, right now while I type this sentence and while you read it, we are letting people on our southern border suffer horribly. On purpose. At the hands of people hired by my country. The country that I’m living in comfortably.

Imagine if the American economy collapsed and the country fell into chaos. Gangs roamed the streets raping and murdering and thieving. They tried to recruit my son, and my daughter was never safe. So I packed them up and fled to Canada. When I get there, begging for my life and the lives of my children, the Canadian government takes my children away, puts them in a cage like dogs, and sends me back.

Do not talk to me about criminals. We treat people who are murderers and serial rapists better than this. We treat dogs better than this. This isn’t about criminal justice. This is about turning our backs on those in need. It’s about believing that there’s a simple answer to these issues. For some, it’s about hate. Some say, “These people are taking advantage of us. We must do what we’re doing in order to keep law and order in this country.” I’m reminded of a quote by civil rights leader Moorfield Storey: “From the dawn of history the oppressor has always insisted that oppression was good for the oppressed.”

If there’s one thing I know about Jesus, it’s that he cared about the vulnerable. The people everyone else hated. The people society hates. That means today Jesus would be eating with Muslims, undocumented people, or LGBTQ+ people. If Jesus were here, he’d be with the people on our Latin American border. As for all the capitalistic arguments that you’re hearing, about poor people taking “our” jobs, well, first, it’s not true: the Brookings Institute has shown that immigrants by and large take jobs that Americans don’t want.

And second, all you Christians, Jesus said this: “If anyone has material possessions and sees his brother in need but has no pity on him, how can the love of God be in him? Dear children, let us not love with words or tongue but with actions and in truth” (1 John 3:17-18).

For me, living my faith means focusing on those who are the most vulnerable. The poor. The orphans. And yes, the stranger within our gates. Jesus paid attention to the people who were at the bottom of the power structure in society. The sick, the poor, the desperate, the oppressed. Those were the people who garnered his attention. Jesus said in Matthew 25:34-40:

“Then the King will say to those on his right, ‘Come, you who are blessed by my Father; take your inheritance, the kingdom prepared for you since the creation of the world. For I was hungry and you gave me something to eat, I was thirsty and you gave me something to drink, I was a stranger and you invited me in, I needed clothes and you clothed me, I was sick and you looked after me, I was in prison and you came to visit me.’”

My Faith and My Patriotism

I don’t know how to be patriotic anymore. I love America. But I can’t believe it’s better than any other nation, or its people are better than other nation’s people. I can’t believe that God has any special interest in my country over other countries. I deny American Exceptionalism. America is not intrinsically better than the rest of the world. It’s only better if we are better. President Dwight D. Eisenhower once said in a speech, “America is great because she is good, and if America ever ceases to be good, she will cease to be great.” Is America still great in light of what’s happening on our southern border?

This 4th of July I’ll be enjoying my barbecued tofu and watching fireworks and hugging my children close, and opening my birthday presents. But I won’t be waving my flag because I’m proud, I’ll be waving it because I believe that something better, something true can rise from the mess my country is in today. 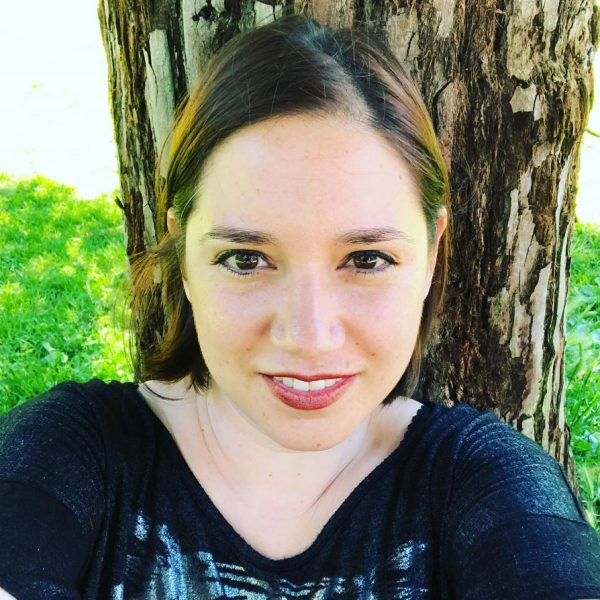