Why I Don’t Spank Anymore

If you’re sitting in a group of young mothers and you want to drop a conversational bomb on the group, mention that you don’t believe in spanking.

People take parenting criticism very personally. Parenting is about doing what we believe is best for our kids, and criticism of parenting feels like a personal attack. I know what it’s like to feel defensive.

But I don’t believe in spanking anymore. Maya Angelou famously said, “Do the best you can until you know better. Then when you know better, do better.” That was my journey. And I hope that reading this article will help others find solutions for parenting other than spanking, like I did.

Me and my daughter

Because I was spanked as a child, when my daughter was young, I spanked her too. By the time my daughter was four, every time I spanked her, it made her more defiant, more oppositional, and more passive aggressive. It got to the point where nearly every interaction I had with her was a “battle of wills” and I was winning, but just barely. And the more I thought about it, the more I realized that winning a battle of wills isn’t really winning at all. In fact, it was a lose-lose proposition. If I “won” the argument by forcing her to do what I wanted, she would comply, but the next time she would be even more defiant. Worse, she often took out her feelings by being passive aggressive. She would destroy things, steal things, or do things behind my back.

So many nights I stayed awake staring at the ceiling. What was I going to do with her? The future looked bleak. The older she got, the harder it was for me to conquer her will. She was only 4! What was going to happen when she was 10? 15? I trembled at the thought. This couldn’t go on. But what was the alternative? This was the only thing I knew how to do!

One day when she was 4 I sat her down on her bed and took a leap of faith. I told her that I was sorry for spanking her. And that I would never spank her again. I told her that I believed we could work together to solve problems. And that my relationship with her was more important than that she obey me. All of those words were some of the scariest things I’ve ever said. Apologize for being wrong? That’s not what an authority figure is supposed to do!

It was scary, but she took my hand, and we went together into the unknown. Did all our problems go away overnight? Definitely not. But it got better and better. And our relationship flourished.

I used to view God as an authoritarian figure, who is carefully keeping track of my wrongs in case I screw up so God can boot me from heaven. God loves me, of course, but in a stern and scary way.

Certain misused Bible texts contribute to that picture. Yet there’s a great deal of misinterpretation here.

When Psalm 23:4 says, “Yea, though I walk through the valley of the shadow of death, I will fear no evil; For You are with me; Your rod and Your staff, they comfort me,” most people don’t realize that the rod wasn’t used to beat or hurt the sheep. The rod was used by the shepherd to gently guide the sheep the direction he wanted them to go.

“Spare the rod spoil the child,” often spit out as a Christian proof for spanking, is not in the Bible at all. As for the violent imagery about punishment elsewhere in the Old Testament, I must tell you honestly that I cannot harmonize it with the picture of God I see in the New Testament, as illustrated by Jesus.

Seriously, does God “spank” us when we are disobedient? Does God punish us when we are struggling to do the right thing? Some people may wish God would do that. But God does not interact with us that way. God interacts with us on a much more relational level. On a teachable level. God prompts us with that still small voice, not with a violent hand.

I now believe that God wants me in heaven, that it would take an enormous effort of rebellion on my part to keep me from there. Just as it would take an extraordinary effort for me to cut my children out of my life. At this moment I can hardly think of anything my children could do that would drive me to cut them out. Heaven must be a place of grace and rebirth, where we are able to make healthy choices without the baggage of trauma that drives so many of us to make bad choices.

But as I raised my children, and learned to see them as little people, with their own feelings, desires, and challenges, it changed how I thought about God too. If God really loves me like I love my children, things that need correction will be done with a relationship focus.

I no longer believe that God keeps a giant book with all my sins written down inside it, any more than I would do that to my kids. When they err, I talk to them. I try to show them where things might have gone sideways. I tell them the reasons I’m concerned. I listen to their concerns, and even more importantly, I take their concerns seriously. As seriously as my own. As I believe God takes my concerns seriously too.

But if you’ve never had any other kind of parenting modeled to you, you may be asking yourself, as I was all those years ago, “If I don’t spank my kids, what can I do? How will I maintain order in my home? What if my kid won’t do what I ask them?”

Children do well when they can. That is, children will be successful if what we ask of them is age-appropriate, and there aren’t any barriers in their way. When kids act out, it means there is a problem they can’t solve. Their behavior isn’t an indication that they are a problem; their behavior is an indication that they are having a problem. A problem they don’t know how to solve any other way.

So rather than punishing a child for having a problem, let’s think of alternatives they can use. Instead of hitting your brother when you’re mad, you can hit this pillow. You can go outside and scream. You can come talk to me about it and I will help you express your problems in words. When I teach behaviors that are acceptable, reinforce them, remind, and praise them when they do well; it works amazingly! And I did not have one “battle of wills.”

Sitting down with my kids and addressing problems together with them has been the most amazing tool. Hey I have a concern. I don’t like that your brother gets hurt when you get mad at him. You seem to have a problem with your brother too. Can you tell me about that? And then I shut my mouth and I listen. I have a conversation. I actually want to know what they’re thinking, what problems they’re facing. And then we problem solve together. Come up with ideas.

My kids are 10 and 12 now. My daughter (the oldest) and I often have interesting conversations; she shares her interests with me. She tells me when she has problems (though I don’t know how much longer that is going to last as she enters her teen years). Our relationship is the most important thing about our interactions. We fight. She always doesn’t like my decisions. She gets mad at me. I get mad at her. But deep down, we have spent years building trust between us. That’s something I would never have if I hadn’t given up trying to control her all those years ago.

I’m trying to treat her as God treats people. And that is making all the difference. 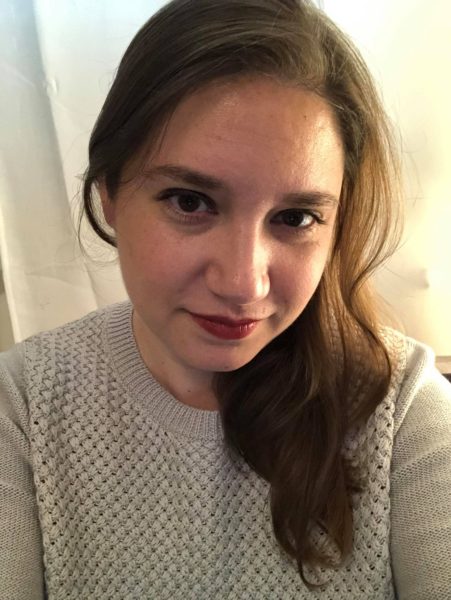 Christianity Today: Many Adventists Believe You Must Be Vegan to Be Saved NAD Press Release: Support for Asian Americans