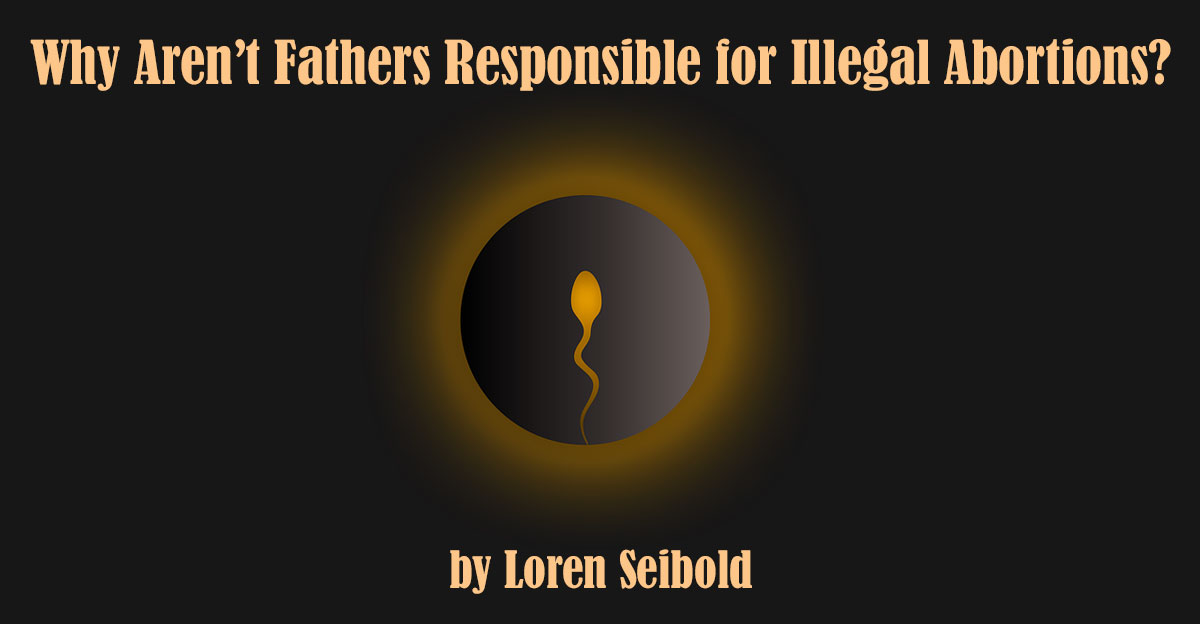 Let me start by saying that in the best of all possible worlds, there would be no abortion of unborn fetuses.

An ethicist—even a Christian one—would tell you that the “best of all possible worlds” argument isn’t a very useful one, because the list of things that should never happen in the best of all possible worlds is long. The universe is so complex that we are unable even to imagine a perfect world, much less live as though we were in one. Many things that wouldn’t happen in an ideal world have been forced upon you and me by the nature of existence, even if our own decisions are morally faultless.

Which is to say that sometimes, in this not-at-all-ideal world, we must choose between the best of bad options. There are too many questions for which there is no perfect answer, too many problems that have no ideal solution.

You know all the arguments for and against abortion. I don’t have to detail those for you. I’ll only say that I find the chosen propaganda names of both sides of this matter deceptive. Pro-lifers aren’t pro all life, only unborn life. They show little interest in living, walking-around children and families. As for “pro-choice,” whether to have a baby is only one choice in a life that lacks choices in employment, healthcare and childcare. Both sides have a long way to go to make their arguments just and fair.

I have heard Christians caricature abortion so they can be more clearly against it. They speak of it almost as though evil women are getting pregnant just so they can have an abortion.

I understand that these people want to end abortion. I appreciate their ideals. But that’s dishonest.

I’m only going to point out one item that’s neglected in all of these arguments: that it takes more than a woman to make a baby, and none of the attempts to end or diminish abortion appear to take that into account.

Behind every abortion is a man.

No woman has ever created the need for abortion on her own. Someone, somewhere, employed a penis and testicles in setting the stage for what is regarded as the “crime” of abortion.

Yet all the laws against abortion are designed to make women and those who care for women’s health solely responsible. Why?

They would say, I suppose, that it’s the shortest route to stopping it. The woman has the fetus inside of her. She’s the one with the most to gain by not having a child. Generally she makes the decision to get an abortion.

But that doesn’t mean she’s alone responsible for the life inside of her. And I think it’s time to correct that.

For centuries we’ve let women take the blame in many matters of sex and reproduction. If a man is attracted to a woman, it’s her fault. If she gets raped it’s what she wore, or that she must already have been a loose woman. Sometimes, even, “she’s asking for it.”

When Governor Greg Abbott was asked why there was no exemption for rape in the Texas anti-abortion law, he replied that it wasn’t a problem, because Texas was going to get every rapist off the street. This is a stupid comment on so many levels, not least because Greg Abbot knows he is powerless to prevent every rape in the state of Texas, nor does the new anti-abortion law make any provision for additional prevention of sex crimes. In fact 80% of rapes are not committed by strangers on the street, but by people the woman already knows.

And if she has the baby, she rarely can hand it over to the father. It’s hers. In America, about 15% of single parents are fathers—and only a tiny fraction of those are single fathers of infants or toddlers.

If we are to have laws about abortion, here’s one step we could take that could help families and increase choices: we make the man as culpable for an unwanted baby as the woman is now.

Is that possible? It wouldn’t always be easy, but nowadays we have the means to do it.

One of the arguments that the pro-unborn-life people make against abortion is that medical advancements make it possible to detect life earlier, and for fetuses to survive earlier. This doesn’t solve the complex problem of abortion, but it is a fact.

But scientific advances also make it relatively easy to figure out who the father is. DNA is now easily traceable. So if the mother of his child gets an abortion in a place where it is against the law, the father also receives whatever punishment is meted out to her.

To the argument that he didn’t choose to get an abortion, I would argue that he did choose to have sex with someone, and that’s enough to give him some responsibility. Please understand: I’m not advocating that we punish people for having sex. But to punish a woman alone for getting an abortion of a fetus she didn’t create alone is astonishingly sexist. To argue that a man has no responsibility for a child he created, but a woman does, is effectively to argue that men have no control over their copulatory impulses—but because women do, they (apparently, according to Texas legislators, even if they are raped!) should be held responsible.

The Texas law, with its unreasonably short time period and no exceptions for rape or incest, is cruel. It’s oddest feature is that it lets the state take a “hands off” approach, treating abortion like a lawsuit that one person can punish another for, even if they have no standing or personal harm—and be paid for it!

I believe that if men become culpable for pregnancies, and thus for abortion, this will put a whole different cast on the act that creates babies. I suspect that if men are held responsible for abortions of babies they created, the laws would suddenly become more liberal.

I’ll add that it has always seemed to me that if you wanted to truly prevent abortions, you would make laws that add effective provisions for getting child support from anyone who fathers a baby. Then, at least, women would know they could raise their child, and would be less likely to terminate a pregnancy.

But to make a woman alone responsible is a wrong way to enforce what is already a set of cruel and sexist laws.