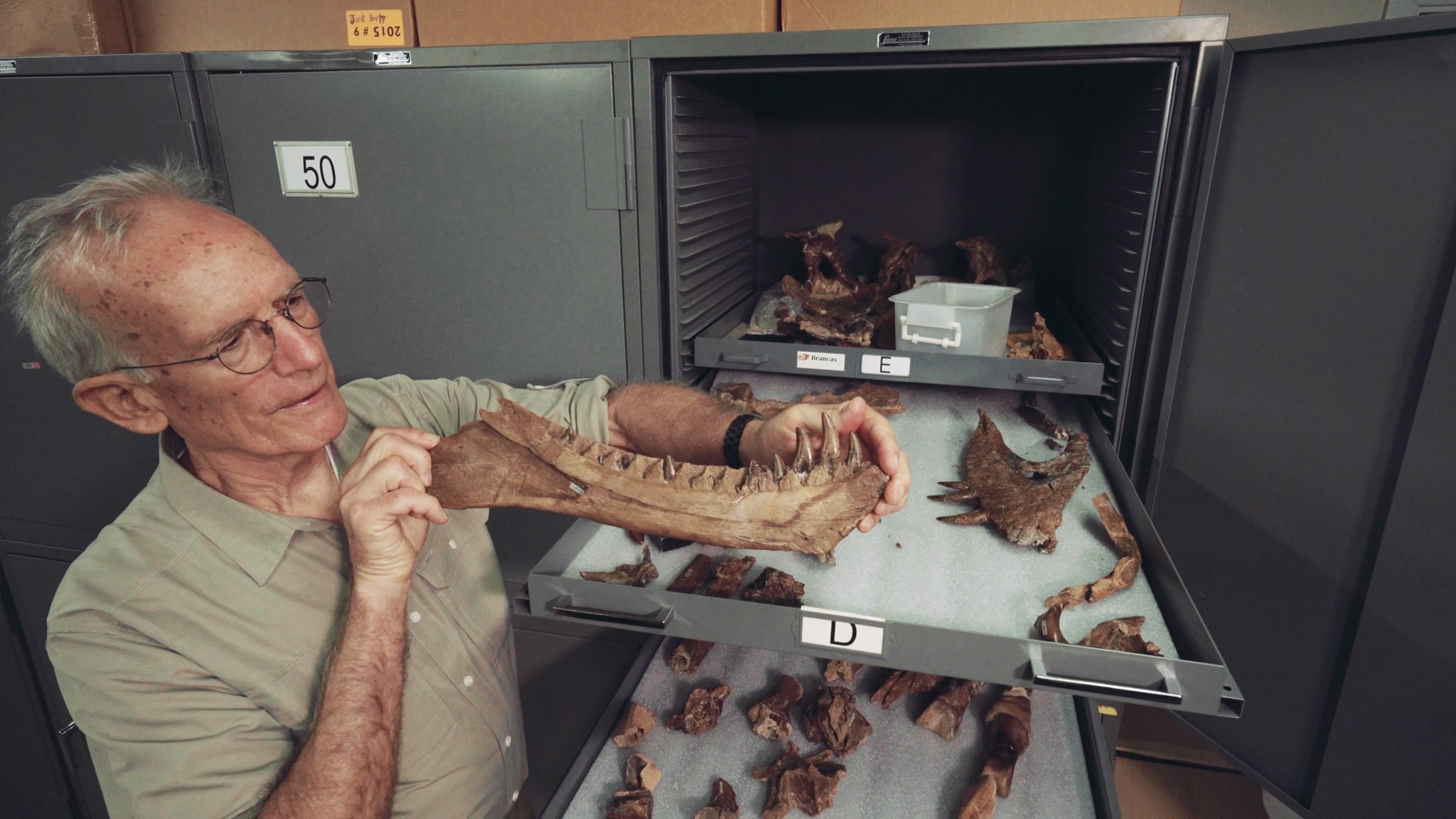 Dino-mite! Documentary about Adventist Paleontologist Might Blow Your Mind

The documentary Seeking Understanding: Arthur Chadwick revolves around Adventist paleontologist Arthur Chadwick and his exploration of a dinosaur graveyard on a Wyoming ranch in the United States.

The film also tells the story of how Chadwick thought he was going to become a priest, but instead was led by God to become a paleontologist, grappling with a science that is commonly seen as undermining the claims of Scripture.

The film explores why Chadwick didn’t lose his faith and what it is about the science he does that leads him to worship the Creator God of the Bible.

The Geoscience Research Institute released the film to highlight Creation Sabbath, being held this weekend on Oct. 23, 2021. Creation Sabbath, traditionally held on the fourth Saturday of every October, is a day set aside for contemplating God’s grace in creating the world for our habitation, recognising our responsibility to care for what God made and seizing the opportunity to learn from His works, according to the Creation Sabbath website.

For more information about dinosaurs, check out this informative pamphlet from Southern Adventist University here.

Cahill is the J. Donald Monan, S.J., Professor of Theology at Boston College. Professor Cahill is a past president of the Catholic Theological Society of America (1992-93) and the Society of Christian Ethics (1997-98). She is a fellow of the American Academy of Arts and Sciences. After graduating from the University of Santa Clara with a BA in theology and English (1970), she earned a PhD at the University of Chicago Divinity School in theology (1970).

She is the author of many articles in a wide range of scholarly journals and of books including Blessed Are the Peacemakers: Pacifism, Just War and Peacebuilding (Fortress 2019); Global Justice, Christology and Christian Ethics (Cambridge UP 2013); and Sex, Gender and Christian Ethics (Cambridge UP 1996). She serves on the editorial boards of the Journal of Religious Ethics, the Journal of Catholic Social Thought, Theology, the Irish Theological Quarterly, Asian Horizons, and Mellita Theologica (University of Malta).

Hannele Ottschofski, author of the book Tired of Waiting: Women in Church and Society and frequent Adventist Today writer, is one of the 15 winners of the CBE International fifth annual writing contest.

Ottschofski is a native of Finland and has spent most of her life in Germany married to a pastor. She has served her church as a writer, educator, editor, conference speaker, church elder and translator. She is the author of several Adventist Today articles, including “The Headship Theory and Spiritual Abuse,” “A Seat at the Table,” and “Have the Brethren Ever Apologized?”

CBE International (Christians for Biblical Equality) is a 501(c)(3) nonprofit that aims to advance the gospel by equipping Christians to use their God-given talents in leadership and service regardless of gender, ethnicity, or class. The organization believes the Bible, properly interpreted, calls women and men to lead and serve as equals, based on Scriptures such as Galatians 3:28, according to its website.

The Adventist Church in Jamaica is establishing five new food banks across five regional areas in Jamaica to benefit some 500 families every month. The food banks will receive distributions of goods for needy families from a central larger food pantry, called the Food Bank, will be overseen by the Community Services leadership from the Jamaica Union.

Citing statistics that indicate about 400,000 persons go hungry daily in Jamaica and that food is a basic need of humanity, Pastor Everett Brown, president of the church in Jamaica, said, “There are persons in our churches and persons in our wider community who are hungry today. As a result, the church must respond and therefore, in collaboration with our five conferences [regions] we have decided to be intentional in launching The Food Bank.”

The tagline for The Food Bank is “Giving, Caring, Sharing,” and it will source food and distribute it through the five conferences. In turn, conferences will distribute the food to persons in the church and persons in the wider community, covering every parish, said Brown.

The Seventh-day Adventist Church has more than 300,000 members who worship online and in more than 700 churches across Jamaica.

The Adventist aid organization Adventist Development and Relief Agency (ADRA) was also able to increase the number of its projects from 1,184 in 2019 to 1,506 in 2020. Consequently, it was able to support 20 million people, compared to 14 million in the previous year. Nearly one-third of the projects (422) were directly related to the pandemic.

(Photo: Adventist Paleontologist Arthur Chadwick is the subject of the latest Seeking Understanding documentary. The film sheds light on his life and the fossils he finds, and was released in anticipation of Creation Sabbath on Oct. 23, 2021. Photo via Geoscience Research Institute Facebook page.)