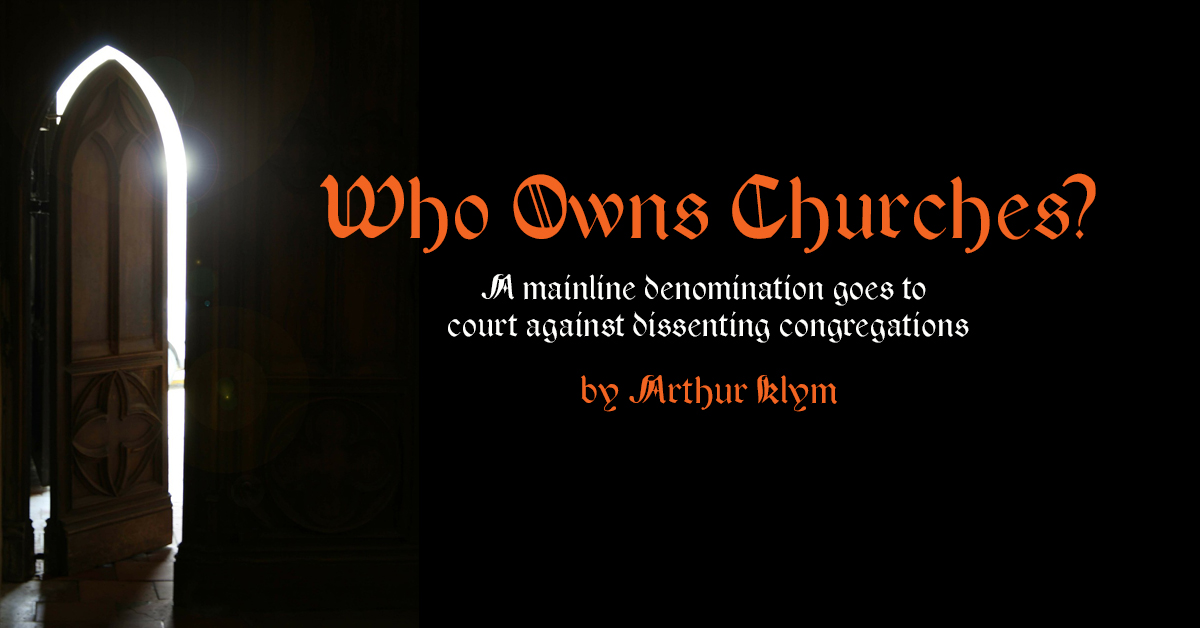 In February 2018 a petition for writ of certiorari (a request that it accept an appeal) was filed with the United States Supreme Court asking it to review the South Carolina Supreme Court’s decision regarding the ownership of 29 Episcopal church properties.

The breakaway group was opposed to the national church’s stance on same-sex marriage and its recognition of the rights of same-sex couples.

The main precedent that has guided church property disputes in recent years is the U.S. Supreme Court’s 1979 Jones v. Wolf, 443 U.S. 595, which held that the First Amendment prohibits civil courts from resolving church property disputes on the basis of religious doctrine and practice. Disputes over ownership of real property must be decided by applying the neutral principles of law used in secular property disputes, unless the denomination’s polity or constitution provides the answer as to who owns the property, or if the congregation modifies the deeds by which the property is held.

A key passage from Justice Harry Blackmun’s majority opinion has been interpreted differently by various jurisdictions:

At any time before the dispute erupts, the parties can ensure, if they so desire, that the faction loyal to the hierarchical church will retain the church property. They can modify the deeds or the corporate charter to include a right of reversion or trust in favor of the general church. Alternatively, the constitution of the general church can be made to recite an express trust in favor of the denominational church. The burden involved in taking such steps will be minimal. And the civil courts will be bound to give effect to the result indicated by the parties, provided it is embodied in some legally cognizable form.

However, the Dennis Canon was not made part of the constitution of the church, presumably because of the difficulty of amending the constitution. This is important in understanding why its authority has been questioned.

Eight years after the Dennis Canon was adopted, the Lower Diocese of the Episcopal Church in South Carolina stated in its corporate charter that it was “to continue an Episcopal Diocese under the Constitution and Canons of the [national church].” It also adopted its own language reaffirming the trust imposed by the Dennis Canon.

Doctrinal Schism and All Saints

But upon the National Episcopal Church recognizing same-sex marriages, the leadership of the Lower Diocese in South Carolina began preparations to secede or disassociate itself from the national organization. Deeds were prepared transferring property from the Diocese to local parishes and organizations.

Those deeds were prepared relying on yet another prior decision of the South Carolina Supreme Court: All Saints Parish Waccamaw v. The Protestant Episcopal Church in the Diocese of South Carolina, 385 S.C. 428, 685 S.E. 2d 163 (2009). In that case, the court ruled that the neutral principles of law approach required a civil court to look only at state corporate and property law to determine ownership of church properties. Under that decision if a determination of ownership directly or by trust could be made using only state law, then the inquiry must end.

This court found that the Episcopal Church was a congregational and not a hierarchical church, and that the Dennis Canon did not create denominational control over local church properties.

Eleven jurisdictions (the Eighth Circuit [Federal] Court of Appeals and ten states) apply a strict approach to the Jones decision. They hold that a trust can be imposed by a national church organization on local church properties only if the alleged trust satisfies established rules under state law. In other words, principles of trust law must be applied the same way to church organizations as they are to secular organizations. A proclamation of the national church is not dispositive under that approach.

The Supreme Courts of eight jurisdictions take a hybrid approach recognizing the imposition of trusts in favor of the national church. Five of those courts (now including South Carolina) deferred to a national church’s pronouncement that properties held by a local congregation are held in trust for the national denomination.

What Complicates the South Carolina Decision

In the South Carolina case the first trial judge followed the All Saints Parish precedent, and found that the Episcopal Church in South Carolina was congregational, not hierarchical. She made her decision solely on the basis of state corporation and trust law. She ignored the ecclesiastical setting of the dispute.

The majority of the South Carolina Supreme Court reversed her ruling. It found that the Episcopal Church is hierarchical. It ruled that issues of church governance and property ownership of church entities are not appropriately resolved in civil courts. The court stated that “neutral principles” require it to defer to the determination of the national church (in this case, the Dennis Canon) and to recognize its determination as to what organization is the true local diocese.

There was no claim that the properties in question were owned outright by the national church. The national church said that the Diocese and/or the local parishes actually held the properties in trust for the benefit of the national church. Both sides also agree that the U.S. Supreme Court in Jones v. Wolf requires application of neutral principles of state law to church property ownership disputes. However, what constitutes the application of “neutral principles” is not easy to understand from a reading of the decision in the South Carolina case. The South Carolina decision is confusing: the five Supreme Court Justices who heard this case issued five separate opinions in a 3-2 decision in favor of the national Episcopal Church.

Justice Blackmun’s opinion in Jones v. Wolf had said that if the congregation’s deed did not vest the property in the national church, then the national church might amend its constitution to create a trust in local properties in favor of the national church. The primary method by which trusts are created is by an express trust: an explicit statement, with real property usually in the deed itself, conveying property from one person to another for the benefit of another person or organization.

The Role of the Dennis Canon

In this case it was undisputed that the properties were titled in the name of either the diocese or local parishes or entities, not the national church. The real question before the court was whether the Dennis Canon and the resulting expressions of the various local entities indicated sufficient assent to the Dennis Canon to justify the recognition of an express trust or, failing that, the imposition of a constructive trust on the various properties.

A reader of the five different opinions of the South Carolina Supreme Court would be confused. In the concurring opinion of Justice Kittridge, he agrees with dissenting Justice Toal that the position of the national church “turns the law of express trusts on its head as no local church . . . took steps to create a trust, but merely responded to (“acceded” to) changes to church governance documents proposed by the national church.” He wrote that 28 of the local entities acceded in writing to the imposition of a trust, thereby creating such a trust. He reasoned that the ambiguity in creation of the trust made it revocable and, therefore, the entities had a right to revoke the trust. In his view, the eight local entities that had never assented to the Dennis Canon continued to own their properties.

Justice Hearn, in his concurring opinion asserted that even if an express trust had not been created, he would impose a constructive trust on these properties in favor of the national church.

Will the U.S. Supreme Court accept this case and clarify the law? The U.S. Supreme Court typically accepts a little more than one percent of petitions; in other words, SCOTUS rejects between 98-99 percent of cases it is asked to review. The Court rejected writs of certiorari in eight prior cases involving property disputes between the national Episcopal Church and breakaway groups. Will this be the one that the court chooses to resolve the two lines of decisions following Jones v. Wolf?

It is unlikely that this case will have any direct effect on the Seventh-day Adventist denomination: as readers well know, church buildings in this denomination are titled to the local conference. However, to the extent this case involves issues of religious liberty, Adventists should watch it with great interest. 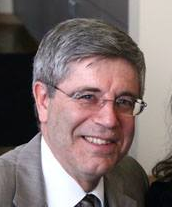 Arthur Klym practices law in Richland, Washington. He graduated in 1974 from Walla Walla College, and in 1977 from Willamette University College of Law. He has been in private practice for more than forty years.