When Politicians Use Language I Will Not Repeat 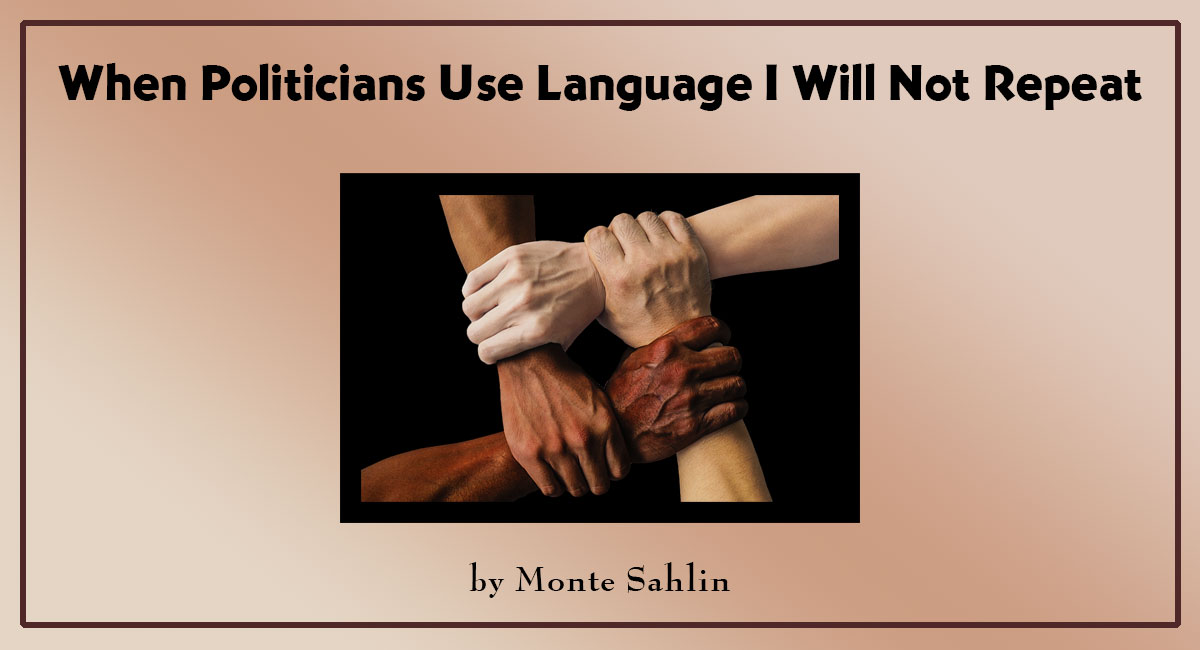 It is out there. You have heard it. The President of the United States is quoted as using very vulgar language to describe certain immigrants and express a preference for white Europeans instead. It is embarrassing enough that he has also denied it, at least in part.

Almost every Adventist congregation in America has members who are people of color or immigrants. In many worship services this Sabbath, fellow believers will look across the sanctuary at people of a different ethnicity and wonder, What do they really think? What should I say? Should I act like it is not there or at least not important?

The Adventist denomination is clearly on record. It is in the baptismal vow, which means that if you are a member and don’t accept this, you have a moral obligation to resign your membership:  We accept people of all ethnicities and immigration status into our fellowship. Our citizenship is ultimately in Christ’s kingdom and He does not have any preferences. He gave His life for all of us, no matter who we are.

I certainly will not repeat the vulgar language in church, but there are some friends that I may reassure and let them know that God loves them and so do I.

Maybe we ought to do more than that. Maybe we need to make it clear to everyone where we stand and where the Bible stands on this sort of thing. Sometimes not “talking about politics” ends up seeming to accept a multitude of sins. Maybe this is one of those moments.

Make no mistake about it, stated in vulgar terms or more polite language, any attitude or policy that prefers white people over black people or the native-born over immigrants is a slap at the Adventist movement. We are completely multicultural, entirely multinational with a higher percentage of migrants in almost every country on the globe than the general population.

We do not accept the kind of sentiments that were evidently expressed by the President! God does not like the attitude that was given voice! It is evil! There is an old gospel song, “This world is not my home.” It is an Adventist hymn. The kingdom of Christ in the Adventist vision of the future is made up of “every ethnic group and tribe and language and people.” (Revelation 14:6) And we are to a large degree already there, at least on that dimension.

I pray for the day when God forever shuts up voices like we’ve heard in the last 24 hours. I pray for that great Sabbath in the New Earth when we all embrace no matter our race or culture or immigration status or other lines that people draw today to divide and insult and discriminate. Even so, Come Lord Jesus!

Monte Sahlin is the chief executive officer of Adventist Today and has served as a Seventh-day Adventist minister since the summer of 1967.