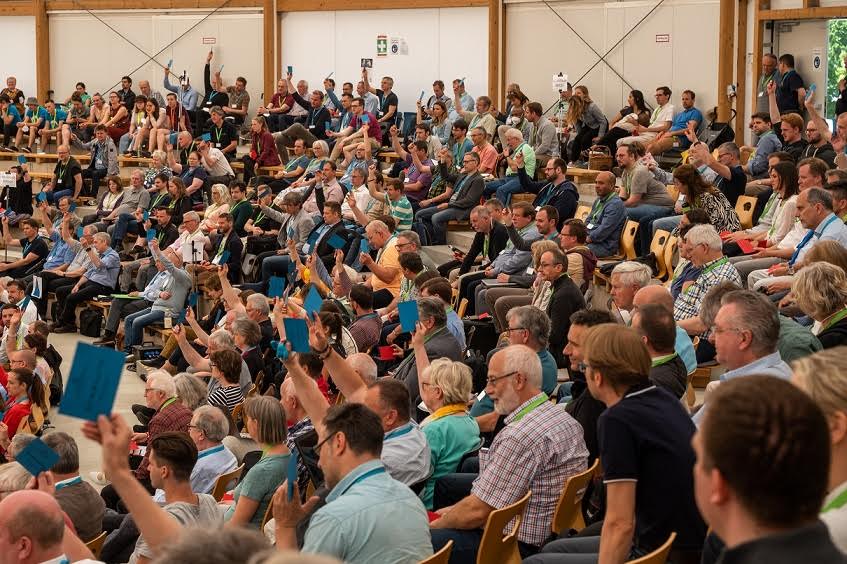 In 2016, a single treasurer was elected to serve both unions for the first time. In December 2020, executive committees of the North and South German Unions decided to create a joint administrative structure based in Darmstadt.

During the May 2022 meetings, delegates elected a joint vice president, Alexander Kampmann, and voted in several shared department heads, according to another article from the APD. Church leaders were elected to their positions in separate votes by the delegates of both unions. All received more than 80% approval.

Even so, the unions have much in common. The Institute for Religious Education (RPI), the Institute for Further Education (IfW), the German Association for Health Care (DVG), the Advent Welfare Organization, the press and information office, the department for inter-church relations, the central office for questions of ideology and the department for conscientious objection have long been managed by both. In addition, there is only one central warehouse in Germany for the material needs of the local communities.

The Adventist Yearbook reveals the North German Union is comprised of the states of Berlin, Brandenburg, Bremen, Hamburg, Mecklenburg-Vorpommern, Niedersachsen, Nordrhein-Westfalen, Sachsen, Sachsen-Anhalt, Schleswig-Holstein, and Thueringen. It has 321 churches with 18,721 members out of a population of 47,529,000.

The South German Union covers the states of Baden-Wuerttemberg, Bavaria, Hessen, Rhineland-Palatinate, and Saarland. It has 220 churches with a membership of 15,517 out of a population of 35,614,000.

The APD reported that Adventist church membership in Germany declined slightly over the past five years from 34,948 to 34,285. The number of Adventist churches also fell from 555 to 546. However, finances have remained stable.