What’s Next for the Compliance Document?

Now that the controversial text of the document detailing a three-phase disciplinary process against “non-compliant” entities and their top officials has been approved by the General Conference Executive committee, what comes next?

The only thing preventing the disciplinary process on compliance to be fully applied is the requirement that the final step––the removal of a Union president from the General Conference Executive Committee––requires a 2/3 supermajority by that body. (Apparently, no removal from their job is intended).

There’s no telling if this 2/3 threshold will ever be reached in such a contentious issue. At current figures, it would require that roughly 21 “no” votes become “yes” votes. Barring some wild maneuvering by the document’s supporters, turn-coating that many “no” votes is hard to imagine.

Now that the dust has settled, how should we really interpret the nearly split vote?

We can argue ad nauseam about the vagaries of church governance and authority, the minutiae of political maneuvers and vote swaying tactics (such as the South American Division that has split unions into additional conferences in order to increase the number of representatives to GC meetings—even the tiniest states in Brazil have at least 2 conferences, and some 5) and even string endless authoritative quotes in an effort to legitimize our biases.

But what does that prove? That at the end of the day we should submit to the “voice of God” found in what appears to be mere a numbers game?

The problem of the document is that it failed to differentiate between a routine item of church employment and operation and a deeply spiritual/theological matter. Non-compliance in this instance has to do with matters of Christian liberty, conscience and the spiritual approach we should take to resolve interpersonal conflicts. We’re not talking about the color of the nursery wall here that can be decided by up or down votes.

Personally, I’d like to see the church move towards much broader consensus in landmark decisions such as this week’s vote before I’m prepared to say that the Holy Spirit is fully behind them. This can hardly be said of the 60/40 vote split.

Conversely, lack of consensus and dissension was a major issue in the church of Corinth which Paul deemed unacceptable: “Now I beseech you, brethren, by the name of our Lord Jesus Christ, that ye all speak the same thing, and that there be no divisions among you; but that ye be perfectly joined together in the same mind and in the same judgment” (1 Cor 1:10; cf. 3:3; 11:18; Rom 16:17)

It seems to me then that if unanimity cannot be achieved on important spiritual matters, votes must be halted pending further reflection, study, conversation and planning in order to achieve that consensus.

We cannot claim that our “unity” is divinely appointed, while arguing that the Holy Spirit seems satisfied with a divided vote. I’d rather think that there’s something wrong with the direction we’re taking than start questioning an individual’s loyalty to God or accuse them of “rebellion” to the church just because they disagree with a misguided decision.

There’s something fundamentally wrong with the notion that just a few deciding votes constitute how God does things. Doing church like this will not bring “unity” but further galvanize warring factions.

Indeed, the North American Division and its entities were quick to express their disappointment at the approval of the document and sought to affirm their female ministers:

“We believe that this voted document, which outlines a system of governance to address church entities perceived not in compliance with church policy, does not follow the biblical values proclaimed by the Protestant reformers and the founders of the Adventist Church. This document, as voted, has made centralized power possible, and seeks to create a hierarchical system of governance.”

The fact is that ecclesiastical decisions tarnished by blatant manipulation, misinformation, obscurantism and plain wrong biblical exegesis should never be allowed to hijack a worldwide denomination claiming to base its theology and practice in the Bible alone. This effectively places the church ahead of the Christian’s individual conscience. Ellen White once wrote: “The very beginning of the great apostasy was in seeking to supplement the authority of God by that of the church” (GC 289).

Adventists raised to expect a certain infallibility in ecclesiastical decisions argue that not respecting the vote is “rebellion” against the church and God. But the last thing we should do now is to drag the Holy Spirit to rubberstamp a questionable decision that many perceive as contrary to the authority of God as found in Scripture.

Speaking against the compliance document, Dr. Jiří Moskala, dean of the Andrews University Seminary, criticized the compliance document as the product of “human and ecclesiastical reasoning” and warned: “If we were to adopt this document and this proposed direction, it would be the first time in the history of our church that we punish our dedicated and committed leaders on non-biblical grounds.” 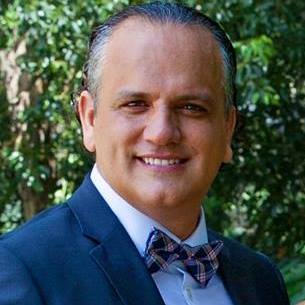 André Reis, Ph.D., has degrees in theology and music and recently completed a Ph.D. in New Testament specializing in apocalyptic literature. He has been a pastor, theology teacher and church musician, having published articles and book chapters on theology, church history, worship and music. His upcoming book The Day of Atonement in the Book of Revelation is a revision of his doctoral dissertation. He lives in Orlando, FL with his wife and three daughters.