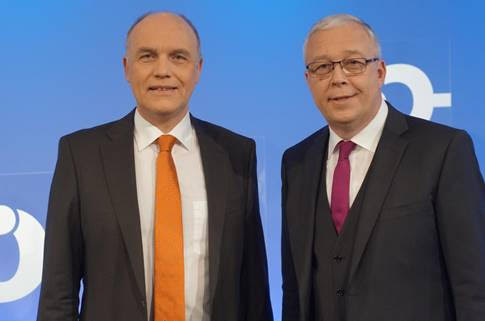 19 October 2018  |  In the wake of an historic vote this week by the Seventh-day Adventist denomination’s governing body, two union conferences in Europe have joined two in the United States in expressing deep concerns. The “Compliance” document that was voted establishes for the first time procedures for investigating and dealing with decisions by national and regional units of the denomination that may be considered out of line with the policy of the top leadership.

Each of the union conference executive committees voted a statement later ihe week, as did the Pacific Union Conference and the Columbia Union Conference in the United States. The German statement said “we view our existing procedures [before the vote] to be completely adequae” and agree “that a church needs order.” It also noted that freedom of conscience and diversity will have a permanent place in the Adventist denomination in Germany, regardless of the new rules. Further, they will discuss the importance of the new document for their area of responsibility and “continue a critical and positive contribution within the world church.” The statement encouraged the members of the Seventh-day Adventist Church in Germany to engage in open and direct communication and constructive participation in their local churches.

Pastor Gunnar Scholz, president of the Berlin-Central German Conference, also issued a statement on the decision by the GC executive committee. Scholz wrote of dismay, anger and disappointment as possible reactions to the vote. “We fear for a common way forward in a global Seventh-day Adventist Church,” said Scholz. “Precisely for this reason we want our” values such as trust, voluntarism and solidarity “not given up.”

The leaders of the Adventist publishing house in German also expressed concern. “Anticipating a court of inquiry,” wrote Jessica Schultka, publishing director, Thomas Lobitz, editor, “we fear consequences for the working environment, the culture of discussion and ultimately for the ecclesiastical and theological self-understanding” of Seventh-day Adventists. They expressed concern that the implementation of the new process will “promote mistrust” and encourage “suspicion, spying and accusations.” Advent-Verlag is located in Lüneburg, Germany, and supplies materials in the German language around the world.

Adventist Today was provided with this news report from ADP, the official news service of the denomination in Europe. The photo is of the two union conference presidents in Germany.