What We Can Learn from This New, Uncomfortable Church Space 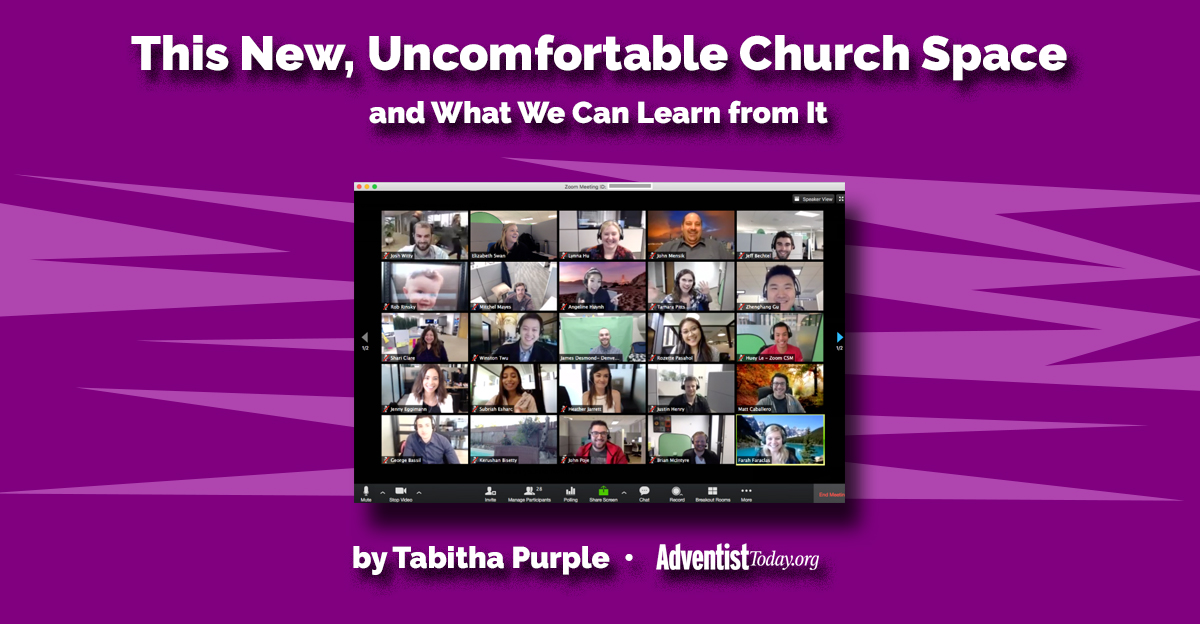 If you are a first-time visitor to any church you will probably feel a bit uncomfortable. Will they make me stand and wave at welcome time? Will I be standing alone when everyone else is seated, or vice-versa, because I don’t know quite what is done here? How do I find the restroom? Will I know the songs? What will the speaker be like? Even if you’ve been to church many times, this is a new church environment. It’s not a place you’re completely familiar with. It’s natural to have questions.

But what happens to the person who has never been to church? What is their experience like?

I can’t claim this last experience. I have been a Christian my whole life. My family has been to every church around. Our first words were probably “amen” and “hallelujah.” The environment may change, there might even be some differences in theology, but inevitably they will sing a song we know, use a phrase we know, and read from the Bible which unites us all. Then the feeling of being on the outside fades to relative familiarity.

God gave our family the unique opportunity to go to another country, to learn a new language and minister to people who are from another culture when we moved from England to the Netherlands for my pastoral calling.

Surely we would be okay, we thought. We would be able to draw on the history we shared in common as Seventh-day Adventists. It’s the same Sabbath School quarterly, the same hymnal, the same message.

In this case, though, it was in a different language.

The first Sabbath, we joined the international Sabbath School class, with the English speakers. But there was something different in the atmosphere. As the Sabbath programme progressed, I felt a sense of unfamiliarity I had not felt since becoming an Adventist as a teenager. I didn’t know what was happening. Fear filled my bones. Could we really make such a big change? Would we really feel at home here? What if that feeling of being at home never came? What if the language barrier was too big? What if we were never accepted? The feeling of isolation coursed through every part of my body. How would we survive this change?

The people were amazing, welcoming and kind. They put purple decorations up to welcome us. They worked hard to translate so we could understand. They encouraged us to speak Dutch as much as we could. But for the first time, we had the experience of being in a strange new environment that we didn’t fit into, and didn’t quite understand. Everything seemed the same, but also unfamiliar.

Since moving country and learning a new language, not a day goes by when I don’t remember that I am an outsider. There isn’t a moment when I don’t have the sinking feeling that I don’t belong. Culture and language are so important to who we are. Yet I have found “home” in another country, and that home is the church. It hasn’t been easy, but we now have sisters, friends, aunties, brothers, grandmothers. We have found family away from home—people who are willing to extend “familyness” to the pastor’s family from England.

But we are still, after all, the pastor’s family. What about those who have never been to church? I began to wonder more and more what the experience was like for someone going to church for the first time. Let’s assume they were, unlike us, Dutch people, who knew the language better than my family and I did. But would they know what was happening? No church bulletin or PowerPoint could tell them all they needed to know.

So what then? Would this be a place they found comforting, or would the unfamiliarity of it all be too unsettling? What was church like for the person who didn’t speak Christianese? How did they feel when for the first time they heard people say “amen” aloud? What did they think of all the standing and sitting and kneeling?

When I first thought about writing about this, our church met every week with no interruptions. Sometimes we attended several church meetings a week, which is typical for a pastor’s family.

But then we separated for 26 weeks, meeting only on line. You know why, of course: the earth stood still, and we all physically distanced ourselves to stop a deadly disease. We were still neighbors, but we were forced into new and somewhat uncomfortable ways of meeting one another.

Some got familiar with computer apps they never used before. Some learned to use a smartphone or tablet for the first time during the pandemic so they could stay connected. New skills were learned, new languages spoken, new and unfamiliar ways of being church practiced. Some people tuned into programmes that reminded them of being in the building with the people. Some opted for Bible study groups which allow some interaction. Others chatted on the phone with a trusted friend about the Sabbath School lesson.

But we all experienced the unsettling feeling of unfamiliarity. Church is not the same when I am alone in my home, having not seen anyone for weeks, and all I have is the screen for comfort. All of us have experienced the discomfort of changing what it means to do church. When the walls didn’t exist, everyone felt a bit uncomfortable.

And suddenly I noticed people who hadn’t come to church participating again online. Some regular non-attenders watched their friends’ programmes from the comfort of home. Zoom gave them a way to participate from the sidelines, less exposed than entering a church building. In this new setting, they could compare to see if what their friends and family told them about their faith matched what they heard on line. They could join online Bible study groups where everyone is struggling to work the technology, and there is a bit of togetherness in having no idea what comes next—because no one is completely at home in this online space.

All the Christianese language was transported to a space where people had to speak more clearly. The connection might not be too good after all! Words were more likely to be used with intention, and not just muttered because they were familiar. In the online world everyone was challenged to connect socially—not just the ones who had never gone to church, but also those for whom church has been a home for a long time.

In short, it was an opening for people who hadn’t felt at home in our building to join in, if only from the sidelines.

When the church doors open

The doors of our church buildings have opened again, just for one service a month. I’m glad, because I love the personal connection. We’re still social distancing, but at least we’re in the same room. (I am a hugger, so being able to be with my church family and hug them and bring that sense of togetherness is what I live for and am called to do. No hugging yet, though—still keeping our distance.)

When that happens, we may lose some of those beautiful relationships that helped people to meet Jesus outside the building. How can we recapture that?

It’s going to take a giant shift in Christianity to realise that in order to share Jesus, the building and the ritual may have to be minimized, in favour of a real connection in places and ways that make us feel uncomfortable. Are we ready for that?

I don’t know what will happen, but we certainly need to think about it. Maybe—just maybe—this experience will help us reconnect to those who don’t “get” the church experience.

Tabitha Purple is the pastor of Eindhoven and Heerlen churches in the Netherlands. She is originally from London, England. Tabitha has three children and one husband, Jeremy.