Can Sabbath School Teach Us All We Need to Know About the Bible?

In a Sabbath School class recently, someone brought up the woman caught in adultery (John 8:3-11). I remembered that there is a question as to whether the story even belongs in the Bible. Most modern translations include it, but point out that it is not in the earliest manuscripts.

Many Adventists, even after all the intense Bible study we do every week, are still unaware that the Bible is made up of Hebrew and Greek manuscripts, all of which have a discoverable history. The story of the woman caught in adultery doesn’t appear until the 5th century, making it unlikely that it was an original Jesus story.

This is one example of a text that is quoted without the realization that much of our learning came from the King James Version, which included some textual sources that are unreliable and include passages that aren’t really in the Bible. Other such passages are Acts 8:37 (belief before baptism), Matthew 17:21 (prayer and fasting), and even Matthew 6:13 (“for thine is the kingdom, and the power . . . .”).

A few minutes later another class member referred to the woman caught in adultery as Mary Magdalene. I had heard a sermon preached earlier that assumed Mary Magdalene was the woman of John 8, though that’s never said. Mark 16:9 says that Jesus drove seven demons out of a Mary Magdalene, but the passage in Mark (16:9-20) has the same disclaimer attached to it that the story of John 8 does: it wasn’t in the earliest manuscripts. Mary Magdalene is mentioned by name only once in a reliable manuscript, in only one of the Gospels (Luke 8:1-3), and that mention is in association with other women who were followers and supporters of Jesus. Most scholars believe that it is overreaching to lump all of the Gospels’ Marys and fallen women together into one person.

Shortly after the Mary Magdalene comment, a class member mentioned that Jesus was writing the sins of the accusers in the sand. The Bible nowhere says what Jesus was writing. This detail comes from Ellen White. Though it would make sense that it was the sins of the accusers, the names of other women whom the accusers were illicitly visiting, or something similar, that’s not in the Bible: our source for that detail is The Desire of Ages.

In the space of five minutes, I heard three comments that showed how popular thinking can easily be picked up and assumed to be true. I was also reminded that Adventists’ Bible study materials aren’t always careful to include this deeper understanding about the Bible texts.

In an effort to cover all of the books of the Bible, one quarter the Sabbath School lessons covered 1 John. I opened the quarterly and first flipped to find what it did with 1 John 5:8. Why was I so interested in 1 John 5:8? While spending a year in Korea as a student missionary, I memorized the book of 1 John. When I was in a tearoom with a group of students, a student asked me to show him the Trinity in the Bible. That was easy! I opened my Bible to 1 John 5:8 and was stunned to discover the verse was missing! Not exactly “missing,” but containing a tiny piece of what I had memorized, and certainly nothing about the Trinity.

As soon as I got back to the school, I looked up in the SDA Bible Commentary an explanation of the verse. I read about Erasmus’s getting fooled by a fraudulent Greek manuscript and finally putting the Trinity wording (known as the “Johannine Comma”) into his Greek edition, which ended up as the basis for the passage in the King James Version New Testament. I had memorized 1 John in the King James Version, but students learning English in Korea couldn’t learn such outdated English. Our English language school used the Revised Standard Version, which used more modern English and better manuscripts than the King James Version had.

As I recall, with regard to 1 John 5:8, the quarterly briefly referred to Revelation 22:18,19, which warns against adding to or taking from the words of the book of Revelation. It could have, I thought, been a golden opportunity for a broader explanation about how the Bible was put together, how we ended up with the Bible of 66 books that most of us carry, and why some passages shouldn’t even be there, as familiar as they are from our King James Version education.

Another passage I’ve heard people puzzle about is John 5:4, which says that the first one into the pool got healed every time an angel stirred up the water. Why would God act that way? The sicker people would be less likely to make it into the pool in a timely fashion, so they’re at a huge disadvantage. Survival of the quickest? That would be the right time to remind us that that verse, like several others I’ve mentioned above, isn’t from a reliable manuscript and shouldn’t be in the Bible.

As enthusiastic as we are about studying the Bible, I suspect that we will never find in Adventist Bible study materials in popular usage an explanation about Erasmus or dating Greek manuscripts, any more than we will be told about the textual problems with Mark 16:9-20 (from which the snake-handling and poison-drinking Christians in Appalachia get their teaching) or the uncertainty about the source of the story of the woman caught in adultery.

Another topic would be why conservative Jews use 39 books for the canon of the Hebrew Bible, and Roman Catholics use 81 (our 66 plus 15 Deuterocanonicals), while we use 66. Why do we use 27 that conservative Jews don’t? And why exactly 27? How did we end up getting the ones we have?

Rarely do problems get such scrutiny in our studies or our discussions. Most Adventists in Sabbath School classes don’t know the history of assembling the passages of Scripture from a variety of manuscripts. The quarterly might give me a topic, but it doesn’t often enough lead me into study at that depth.

There are so many books and magazines that inform us about Bible passages and history, but we Adventists aren’t encouraged to look at other sources. Bart Ehrman, for example, is a Bible scholar who isn’t personally a believer, but I’ve learned more about the Bible from his writing than from all my years of Sabbath School quarterlies. These latter appear to be more for helping me hold to the theology that I was taught in elementary school than pointing me to adventures in Bible discovery. If I want an “I never realized that” moment, Sabbath School class is probably not the place for it. It seems to function more as a support group than as a way to challenge thinking and lead us to investigate more deeply.

I know that those who prepare our study materials have the best of intentions: to lead people to know Jesus better. But by shying away from a straightforward acknowledgement of such textual problems, they have let people make some erroneous assumptions about God based on a poor English translation, the King James Version. Do they assume that Adventists wouldn’t want to know? Are they afraid that because these stories and passages are cited in Ellen White, people would think a repudiation of erroneous texts would be thought heretical?

But even apart from the quarterly (which does a good job with some commentary) our discussions themselves show that we have a lot of mythological notions that have been passed along for years. It’s frustrating for some of us.

For my part, I’d rather we were honest about all the problems, including the textual ones I’ve raised here, rather than letting people go about with possibly erroneous assumptions. 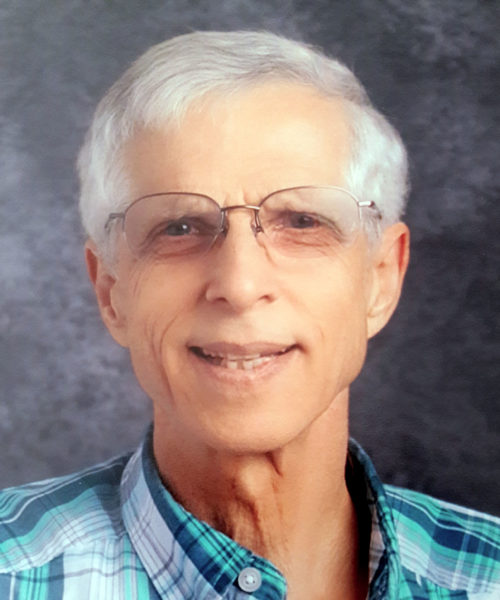 Mark Gutman has worked as a pastor, a teacher, and an auditor for the church. He is now retired and living in Battle Ground, Washington, with his wife, Heather.