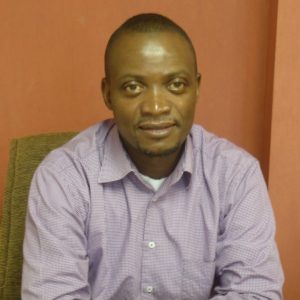 Please welcome Dr. Alvin Masarira as a new columnist for Adventist Today. Alvin is originally from Zimbabwe, and is now a Structural Engineering Consultant based in Johannesburg, South Africa. He lived and studied in Germany and the United States before moving to South Africa, where he was an academic for 7 years at the University of Cape Town before moving to Johannesburg. He is married to Limakatso, a medical doctor who works as a Public Health professional. They have 3 pre-teen children.

The Adventist church has a world membership estimated to be between 18 and 20 million. (This is only baptized adult members and when one considers of those who attend church services on Sabbaths and the unbaptized young people and children, that number could be much larger.) Of the thirteen Divisions, three are in Africa. The latest Adventist Yearbook sets the population of the West-Central Africa Division (WAD) territory at 399,646,000, with 3,894 Adventist congregations and a total church membership of 654,852—a ratio of 1 Adventist to 610 others. In the East Central Africa Division (ECD) the population is 359,674,000 with 13,820 Adventist congregations and a membership of 3,116,320—a 1 to 115 ratio. The Southern Africa-Indian Ocean Division (SID) has a territorial population of 190,060,000—10,251 congregations and a membership of 3,441,232, for a ratio of 1 Adventist per 55 people. All this means that Africa has about 7.2 million of the 18 to 20 million world membership—every third Seventh-day Adventist.

In spite of our large numbers, the rest of the Adventist world struggles to understand us. What follows are five features of the Adventist church here. (Please understand that there is wide diversity within the membership, as to be expected from such a large population: social status, level of education or other differences. So these observations are of necessity much generalized and won’t apply to everyone.)

The Church as Family

Africans see the church as is an extension of the immediate family, and so Adventists spend a lot of time with fellow believers. In the West many of you prefer to reserve most of the Sabbath hours for time with immediate family. But in Africa, Adventists generally spend almost the entire Sabbath daylight hours with the church family. It is common practice for us to spend Sabbath at church or in church activities (morning Sabbath school and worship services, lunch at church with fellow believers, afternoon program until Sabbath vespers at sunset). This is how Adventists in Africa understand and practice the concept of family and community: the Adventist family is a close unit that has an intricate role to play during moments of joy as well as times of sorrow.

The African Adventist lay people have a deep sense of ownership of the work of the church. They carry a significant portion of the work of evangelism and organise their own outreach activities without waiting for official church programs. It isn’t uncommon to find Adventist lay people preaching on the street corner or in public squares on the village, on their own initiative. This may be partially forced on us because of the limited number of pastors available, meaning many congregations in Africa are run by lay elders. With pastors having so many churches (some as many as 20) the leadership duties fall on the local elders who serve as de facto pastors of the church.

It is difficult for those outside Africa to understand how leadership is practiced here, especially in the church. There is a perception that leaders here have absolute power in African society and organizations, that they are seen as kings or chiefs who should not be challenged.

Here are some questions I’ve heard: Does the concept of chieftaincy play a role in how church leaders are viewed? When the leader has spoken can anyone else challenge them? How do African Adventist understand the concept of “servant leadership”? Do Africans believe that all church leaders are ordained of God and therefore should not be challenged?

The answers to these depend on the context, but I will say that it is far too simplistic to assume that leaders in Africa have absolute power. What is true is that there is a strong desire within African communities to reach consensus on issues. The idea of voting on an issue is fundamentally “un-African” since it creates winners and losers. The role of the leader is to guide the people to a consensus position and that might require that the leader “nudges and pushes” one side or the other. This can lead to a perception that the leader has absolute power, which is not necessarily the case. This however does not mean that the role of “consensus builder” isn’t occasionally abused by some leaders, the “nudging and pushing” becoming dictatorial.

Contrary to popular belief, women indeed occupy leadership roles in African society. Because of the migrant labour system, men might be working in places far from their families, so it’s left to the women to provide leadership. It is not uncommon to have families and churches led and run by women. This means that the idea of female authority is a practical issue, not a deeply theological issue.

The question of how one reads, understands and interprets the Bible is a contentious issue in the church and a lot of the controversy among believers happens here. Even highly educated theologians disagree on how certain parts of Scripture should be understood. African Adventists tend to drift towards a more “literal and plain” reading of the Bible, whatever that means to each. The issues of context emphasized by Western readers receive limited consideration in Africa. The more literal understanding of Scripture could be because the African culture tends to resonate more with the Jewish culture, which forms the background of the Biblical narrative. It helps to explains how Africans understand the Bible’s definition of gender roles in the family and church, as well as family structures or leadership issues (both in society and in the church).

In African culture life is viewed in a holistic manner. One’s physical, emotional and spiritual aspects are intricately intertwined. Religion and faith must speak to all aspects of life which is why churches that do not deal with the practical realities of life are not very popular in Africa.

In many African countries, the Adventist church was viewed as standing on the sidelines as the people fought against colonialism and oppression. That made it unpopular because we were seen as indifferent to the struggles and the aspirations of the people. For the Adventist Church in Africa to make a big impact in the society it needs (at least in some parts of Africa) to be intentional about how the gospel addresses the practical problems of the people. For example, in the passage of the “sheep and the goats” in Matthew 25: 35 – 46 we could emphasize not just judgment, but Jesus’ words “for I was hungry and you gave me food”.

The Adventist world church tends towards uniformity, and unlike some other Christian churches the nature of our belief framework doesn’t allow for big variations. This creates a dilemma for the church in Africa in that it struggles with contextualization, trying to be African in spite of our strong western roots. Because our highly centralized system doesn’t provide room to define who we are, we are seen as being one of the most western churches in Africa. The five features that I’ve described should be seen in the context of a church caught between two worlds and often struggling to find its own unique identity.