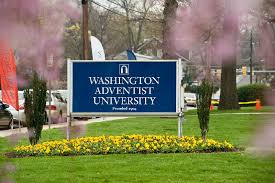 27 February 2019  |  Sources have told Adventist Today that the Washington Adventist University (WAU) administration plans to cut six to fourteen faculty positions as the 2018-2019 school year comes to a close. One person, who spoke only on the condition of anonymity for fear of reprisal, indicated that full-time professor positions will be cut in pre-law/political studies, business, and modern languages. A source says that the chairs of both the religion and education departments will be terminated. And another source indicates there is a plan to freeze open positions in the honors program and social work program. Reportedly one of the professors slated to be cut is the faculty-elected member of the University’s Board of Trustees and a strong leader in the faculty Senate.

As a backdrop to faculty cuts, the university will discontinue associate degrees in science, computer science, information systems and accounting, along with six or seven bachelors degrees in religion, math, math education, medical laboratory, music education and physical education. Masters degrees in public administration and religion will also be discontinued. These “low-enrollment” programs will be discontinued even though the requisite classes will continue, which makes it difficult to understand why six to eight faculty positions would be eliminated.

The idea that a faculty lay-off is necessary is difficult to understand, given WAU’s growth in enrollment and strengthening financial position during President Weymouth Spence’s tenure. Total enrollment has grown more than eight percent since 2016 as most Adventist higher education in North America has experienced decline.

All proposed eliminated positions are in the arts and sciences, raising concerns that WAU may find itself in the same situation as Atlantic Union College (AUC), which eliminated its humanities programs prior to the college’s eventual closure.  Spence served as vice president at AUC prior to its closure.

These cuts echo those made four years ago and reported on by Spectrum, the journal of the largest association of Adventist academics, in an article about the WAU’s leadership problems. In 2008, Spence announced his plan to “eliminate or freeze up to 22 faculty and staff positions in order to restructure the school’s curriculum to relieve WAU’s multimillion-dollar debt.” There has been a steady succession of cuts in faculty and academic programs throughout his decade-long tenure, indicating his seriousness in implementing the plan. The elimination of six to fourteen faculty and staff positions this year will be the largest in the university’s history.

A plan to eliminate a religion major at both the undergraduate and graduate levels as well as terminate the chair of the religion department is particularly odd. If these cuts are implemented, will WAU continue to meet the denomination’s minimum standards for an Adventist higher education institution? If so, what will its mission be?

Last spring the respiratory care program was eliminated, along with the position of a long-time faculty member. Two vice presidents (campus ministry and student life) were unceremoniously terminated without apparent reason, prompting concerns by faculty about the treatment of WAU employees and resulting in a formal resolution by the Faculty Senate about disciplinary procedures, transparency and fair employment practices. The vice president for marketing and communications was also terminated in the same manner in January.

As the university cabinet and the Board of Trustees meets in the coming weeks to ratify Spence’s recent plans, concerns are mounting with regard to pending faculty/staff terminations, employment practices, financial administration and the role of the board in governance.  Adventist Today will report on these and other issues in future news articles.