Cuts to Academic Programs and Faculty at Washington Adventist University 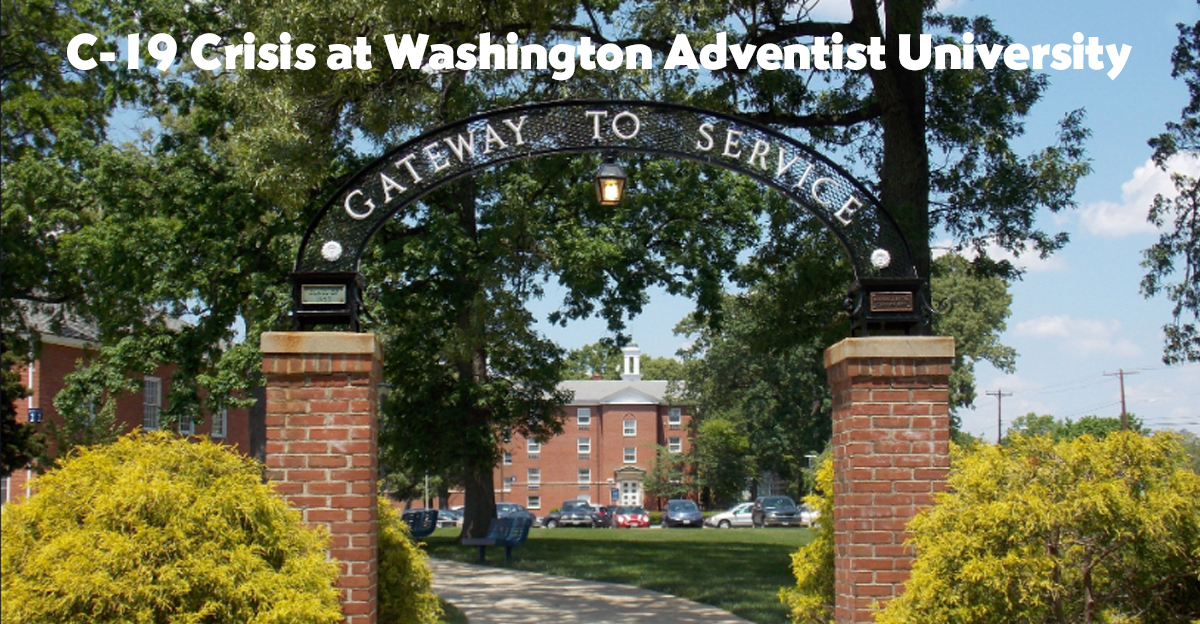 Washington Adventist University, located in the suburbs of the of the United States capital a few miles from the headquarters of the denomination’s General Conference, is in crisis.

In a series of meetings with faculty on April 30 and May 1, Dr. Cheryl Kisunzu, provost of Washington Adventist University (WAU), announced plans for the discontinuance of several academic departments, the restructuring of some academic programs and the elimination of about 10 faculty positions representing 20 percent of the current faculty. Departments to be eliminated include Education, Biochem/Chemistry, Communication, History, Political Science, Math, and Social Work. The Computer Science Department will be merged with the Business Department; the School Counseling Department and Early Childhood Care and Education Departments will be retained in the School of Graduate and Professional Studies.

These details were told to Adventist Today reporters and confirmed by documents obtained by AT from WAU faculty and staff who agreed to be interviewed only on condition of anonymity.  AT was also told that some of these cuts were being considered for the next academic year, and were moved forward due to the impact of the COVID-19 pandemic.

Pursuant to the order of the Governor of Maryland, all campuses in the state have been closed to students and non-essential employees while faculty converted their courses to distance learning and worked with students to complete their spring semester courses.

Except for the April 30 and May 1 meetings, since the start of the COVID-19 national emergency no other faculty meetings or academic committees had met except for a curriculum committee processing changes in the school’s bulletin. In response to the request of the Faculty Senate, a meeting of the faculty was called, but administrators refused to discuss their plans for cuts in programs and faculty positions or the status of faculty contracts. During this meeting no votes were allowed and no minutes of the meeting were taken because it was not an “official” faculty meeting. Meanwhile, announcements to the community via email and the WAU website continued to project positive news, stories and images. In addition, faculty have been asked to advise students for summer and fall 2020 classes and recruit students for fall programs that are being discontinued. “All options are on the table,” reported Dr. Weymouth Spence, university president, when pressed for specifics concerning program changes.

WAU’s stated shared governance process requires faculty involvement in decisions about changes to the status of academic programs prior to their being considered by the board of trustees, which will meet on May 6. This accounts for a series of faculty meetings during exam week and leading up to the board meeting. A faculty vote of approval was planned for May 1, but the faculty voted to postpone it because they objected to making decisions without requested information regarding the 2020-2021 budget, specific information about the nature of the proposed cuts, their specific rationale, and teach out plans for students that would enable them to complete their degrees at WAU.

In response to questions about teach-out plans, Kisunzu said that students would be ensured timely degree completion through a formal agreement already in place with Bowie State University and a new agreement with Andrews University.

Adventist Today obtained a statement issued on April 17 by the WAU Faculty Senate, “Concerning the WAU Response to the COVID-19 Crisis”. The Faculty Senate statement acknowledges that “it will be impossible to predict the economic consequences of COVID-19 and the effect on 2020 enrollment, that faculty are needed to recruit, advise, and register returning students and … prospective students for fall registration.” The statement further indicates that they only recently became aware of the changes, and that faculty are concerned about the university’s ability to maintain Maryland state and regional accreditation standards for the teach-out of students in programs that might be cut. Significantly,

the Administration has informed faculty that they would not fulfill their obligation to issue faculty contracts by March 15 as outlined in the Employee Handbook. On March 10th, while other institutions were taking action to move to distance learning in response to the crisis, WAU faculty were informed by email that contracts would be delayed due to “the positive extenuating circumstance of ensuring accuracy of the contracts within the context of the new faculty wage scale.” There was no further communication until an April 2nd email explaining that the delay of all contracts was due to the “unprecedented impact of COVID-19.

The faculty requests the university join together in weekly prayer, discontinue consideration of cuts in programs and positions, activate committees to include faculty in discussion of cost-saving measures, as well as provide clear and timely information needed to advise students. They requested that administrators forgo executive merit pay during the crisis, and call on faculty and staff to make donations to the university’s scholarship fund “as the most direct way to aid students and the institution in honor of the many sacrifices being made by WAU students and their families.

Adventist Today has been told that contracts for 2020-2021 wouldn’t be issued until after the May 6 meeting of the board. (Most other Adventist universities in the country have already issued contracts for the 2020-2021 academic year and applied a range of cost-saving measures, including furloughs and adjustments in compensation.) WAU seems to be focusing its cuts primarily on faculty positions, aimed at those with long tenure at the university, those who have served in leadership at the university, and who have been outspoken, including leaders on the Faculty Senate and the faculty representative on the board.

At the onset of the COVID-19 crisis WAU eliminated most student labor and reduced vendor and service contracts. In a meeting with faculty, Patrick Farley, the institution’s executive vice president, announced that WAU would largely discontinue the use of student labor when the campus opens in the fall.

WAU has experienced a succession of cuts in academic programs and faculty positions during Spence’s 12-year tenure, as reported by Adventist Today and Spectrum. There has also been a series of unexplained terminations and resignations of vice presidents and directors. The director for advancement left last month, and the vice president for student life has announced her resignation effective May 8. Spence and his leadership team have struggled to maintain denominational, regional and program specific accreditation, including the flagship nursing program, which is still on probation with the Maryland Board of Nursing. An overall downturn in college enrollment and the COVID-19 crisis are hitting WAU hard. Combined with cost overruns in building projects, deferred maintenance, last year’s mold crisis, executive compensation, legal settlements and the recent sale of the campus radio station to buy the Washington Adventist Hospital, WAU presents a challenge for the university’s board as it meets this week.