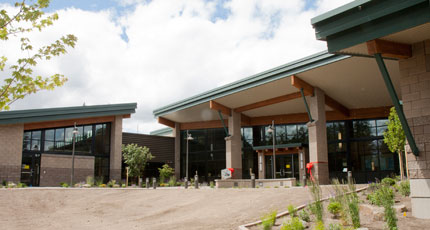 August 11, 2016:    A policy statement regarding pastors who carry a Commissioned Minister credential was voted in March by the Adventist denomination’s Upper Columbia Conference in Spokane, Washington. It was written to “underscore the equal calling of men and women pastors,” stated Pastor Paul Hoover, the conference president.

On July 19, the governing body of the conference voted to rescind its March vote. The reason for the reversal was explained by Hoover as due to “concern among some of our members who felt that it placed our conference beyond the parameters of the Church Manual and the North American Division policy.” Eleven of the 127 congregations in the conference had filed petitions to call a special constituency meeting unless the March vote was rescinded.

The constitution and bylaws of the Upper Columbia Conference do permit relatively few local churches to require a constituency meeting if such petitions are voted by the congregations. Such a meeting would be costly to convene and would achieve little except inflame controversy because it cannot vote policies or replace elected officers. This process is susceptible to manipulation by a relatively small number of individuals because the requests could be voted at local church business meetings held at times when most of the members would not attend, and small congregations including few of the conference’s total membership could vote all of the required number of petitions. One source told Adventist Today that as few as 100 individuals out of nearly 27,000 members could trigger a meeting.

In fact, it appears that the policy for Commissioned Ministers voted in March by the Upper Columbia Conference governing body did not differ significantly from the denomination’s guidelines that have existed for decades. The real threat is from a movement that insists that women employed as clergy in the Adventist Church must have a well-defined second class status.

From the earliest days both men and women were issued both types of credentials, although there is no record of a woman actually having an ordination ceremony. The same is true for many of the men in the first generation of Adventist clergy. Ellen G. White, the cofounder of the denomination who continues to be revered as a spiritual leader, was issued Ordained Minister credentials throughout most of her life by repeated votes of the denomination’s General Conference (GC).

In 1881, the GC delegates voted to extend ordination to women clergy. Although this vote was never implemented, the local conferences did begin to regularly issue the Licensed Minister credential to the women employed as pastors and evangelists. The topic was not controversial at the time and there is no discussion on record against the expectation that women would eventually be included in ordination.

When the subject came up again in the 1970s because of a request from a union conference in Europe which had as many women as men among its pastors, the governing body of the GC voted to again follow the practice of issuing the Ministerial License to women clergy. In the 1980s, United States tax law created some questions about the employment status of those who held the Licensed Minister credential and policies were adopted to make it clear that both Licensed Ministers and Ordained Ministers have substantially the same role in the denomination.

Repeated in-depth Bible studies involving scores of the top Bible scholars in the denomination have always found that there is no basis in Scripture to deny ordination to women. Nonetheless, the 1990 GC Session voted not to move ahead with ordination for women clergy due to strong differences of opinion in different parts of the world. The 1995 GC Session voted to turn down a request to allow the division governing bodies to decide the matter as did the GC Session again last summer.

The North American Division Working Policy L 32 on the role and status of Commissioned Ministers states that “a commissioned minister is authorized … to perform substantially all the religious functions within the scope of the tenets and practices of the Seventh-day Adventist Church.” This includes communion services, weddings, baptisms, funerals, chairing church board meetings and church business meetings, etc. Preaching and leading worship have never been limited to clergy in the Adventist tradition.

There are three specific functions that only Ordained Ministers can do because this restriction is listed in the Church Manual. These are (1) organizing a local church; (2) uniting two or more local churches in a merger; and (3) ordaining local elders and deacons. In fact, the third item is widely ignored even in countries where there is strong opposition to women in ministry because so many of the district pastors carry only the Licensed Minister credential that it would be a major hardship on local congregations.

The concept of that third restriction is that if a person is not an Ordained Minister they should not have spiritual authority to ordain others. It is an example of an idea held over from the medieval church that despite the Reformation stand of the Adventist faith has not been dropped. Protestants are divided on this question, but the Anabaptist stream from which the Adventist faith emerged generally sees ordination as coming up from the fellowship of believers and not down from bishops.

As male headship theology has emerged among Adventists in recent decades, a reinterpretation of many aspects of Adventist theology has been proposed to keep women from exercise leadership in equivalent capacities to men. Sources have told Adventist Today that this is the real force behind the 11 churches in the Upper Columbia Conference who threatened a contentious special constituency session.

Some organizations have built up their opposition to including women in the spiritual leadership of the denomination to an emotional level that it is seen as destroying the doctrinal foundation of the Adventist faith. They ignore the fact that there is no doctrine among the 28 Fundamental Beliefs that prohibits the ordination of women clergy. They argue that the consensus to ordain women at the 1881 GC Session never occurred because it was never implemented. They ignore the fact that Ellen White was well aware of the 1881 vote by GC delegates and carried Ordained Minister credentials for much of her life, yet never received any word from God that it was a problem.

“It is no wonder that conference administrators want to avoid conflict with such an irrational group,” one observer told Adventist Today. “Unity is important to the life of the church and a major fight over something like this can destroy the spiritual lives of hundreds of thousands of people. It may already have contributed to the loss of the majority of young adults raised in Adventist families.”

The Upper Columbia Conference is the unit of the denomination that includes eastern Washington state, the northern half of Idaho and a portion of northeastern Oregon. It includes 127 congregations and nearly 27,000 members in a population of nearly two million. Much of its territory is rural.

The featured photo with this story is of the Upper Columbia Conference office in Spokane, Washington.