Two Adventists Dead Over the Weekend Show the Diversity, Reach of the Faith 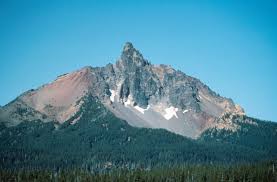 Updated July 10; July 5, 2016:    Two Adventists were reported dead over the weekend; a 28-year-old youth worker in Oregon and the leader of the Adventist denomination in Papua New Guinea (PNG). Halfway around the world from each other across the vast expanse of the Pacific Ocean, they did not know each other but shared a dynamic, compelling faith in our Lord Jesus Christ.

Pastor Geoffrey Pomaleu, president of the denomination’s PNG Union Conference, was at a camp for the children of pastors Sunday when he became ill and was taken to Angau Hospital in the city of Lae. He died overnight at 54 years of age from an internal infection. He had bowel surgery earlier in the year and was rushed to a hospital with severe chest pains in May, reported Papua New Guinea Today.

Pomaleu had served as youth director for the union conference for ten years and also as president of the Morobe Mission. He is survived by his wife, Jochabed, who is the director of children’s ministries for the PNG Union Conference, and their three adult children. There are about a half million Adventists in the nation out of a total population of seven million, with about 4,000 local congregations, as well as a university operated by the denomination.

Brian Robak decided Thursday (June 30) to climb Mount Washington in Oregon near Big Lake Youth Camp where he had been working for two weeks providing dramatized stories for campfire programs each evening. He was well known among Adventist youth workers and children for playing King Nebuchadnezzar at the 2014 International Pathfinder Camporee in Oshkosh, Wisconsin.

He had hiked the same path other times and sent pictures from the mountain peak to family and friends from his Smartphone around 4:30 pm. When he had not returned that evening, camp personnel hiked up the trail as far as they could until it became too dark. After midnight local police were contacted when there was still no word from him.

Searchers several rescue agencies found his body on Sabbath (July 2). Aircraft were involved in the search and attempts were made to locate him through his phone. “It appears Robak fell a significant distance from near the top of Mount Washington,” the Deschutes County Sheriff’s Office said in a statement. Robak was an experienced mountain hiker and had worked at the camp for the previous eight summers, reported the Adventist Review.

Shock and grief spread rapidly across the 50 or more summer camps currently in operation in the denomination’s North American Division. More than 700 Adventist young adults and teens work at these camps each summer and thousands of children attend.

“Over 50,000 Pathfinders know and love Brian for the part he played at the 2014 … Camporee,” Pastor Ron Whitehead told GleanerNow, the newsletter of the denomination’s North Pacific Union Conference. Whitehead is director of the Center for Youth Evangelism at Andrews University which organized the Camporee. “Brian had a love for Christ that was extra special,” Whitehead continued. “He used his acting gifts [and] never gave God less than 101 percent.”

Robak earned a degree in movie production in 2010 at the University of Nevada in Las Vegas and had been in several Hollywood movies. He also made promotional videos for Adventist youth programs.

Update:    July 6 another young adult employed at another Adventist summer camp on the West Coast of the United States was found dead. He had been missing since the previous day. Kevin Canavan was a staff member at Camp Wawona which is located in Yosemite National Park in California and owned by the Adventist denomination’s Central California Conference.

The featured photo with this story is Mount Washington, Oregon, in the United States.