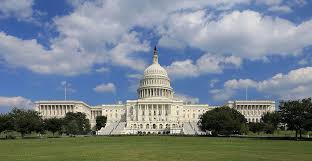 Two Adventists were among the new United States Congress that was sworn in today. Sheila Jackson Lee is a member of the House of Representatives from the 18th District in Texas, and Dr. Raul Ruiz is also a house member from the 36th District in California. Both are veteran members who were easily re-elected in November, and both are members of the Democratic Party.

By comparison, 163 members of Congress (nearly a third) are Catholic, 72 are Baptists, 42 are Methodists and 26 in each case are Episcopalians, Presbyterians and Lutherans. A total of 34 are Jewish. There are a total of 535 elected members, 100 in the Senate and 435 in the House of Representatives.

Other faiths with small numbers include 10 Mormons (Latter-day Saints), 5 Orthodox Christians, 3 Muslims, 3 Hindus, 2 Buddhists and 2 Unitarians. Adventists make up about a half percent of the Congress and a full one percent of the population in the United States (based on response to surveys, not membership data).

It is not surprising that both of the Adventists in the U.S. Congress are from ethnic minority backgrounds. About half of the membership in the country is from ethnic minorities, and a slightly larger percentage have indicated in surveys that they register with the Democratic Party.

The data on the religious affiliation of members of Congress was provided by the Pew Research Center. The information on the ethnicity and political affiliation of Adventists is from surveys conducted by Adventist researchers.